I had to ditch Clown In a Cornfield. With such a ridiculously over-the-top title and that lovely cover font reminiscent of Stephen King’s paperback novels, I thought there could have been something clever between the covers. But I’m a hundred pages in, and feeling that I’ve been watching paint dry.

Starting today on a YA fantasy novel, Burn, about a farm family forced to hire a dragon who seems to have an agenda of his own… Generally, I don’t consider inclusion of dragons to be a point in a book’s favor, but I trust Patrick Ness. Liking it so far.

Just finished George R.R. Martin’s 1977 sf novel Dying of the Light. Very bleak, but interesting and well-written. The audiobook is read by Iain Glen, best known to Game of Thrones fans as Ser Jorah Mormont. He did a fine job.

Now I’ve started Desk 88 by Sen. Sherrod Brown (D-Ohio), about his desk on the U.S. Senate floor, once occupied by such progressive senators as Hugo Black, Albert Gore Sr., Robert F. Kennedy and George McGovern, and how each helped change the country for the better.

Finished The Geography of Thought: How Asians and Westerners Think Differently , by Richard E. Nisbett, which is very interesting. It describes many experiments on the psychology of people from Asia and the West.

My son gave me Anne Tyler’s novel Breathing Lessons for my birthday. I’m only vaguely familiar with the author, but he thought I might like it. “It’s reminiscent of Eudora Welty’s short story ‘Why I Live at the P.O.,’” he told me. “There’s a lot to like about the main character, but you might find her to be rather…exasperating…in her lack of self-awareness.”

I’m about two thirds of the way through, and by golly, he’s right–both about the similarity of the character to Welty’s narrator and the exasperatingness. We’ll see how well the book holds up as I keep reading.

Halloween is in the air, or maybe that’s just the smoke from the fires out here in the US west… anyway

Not a Witch by Madeline Kirby was perhaps not her best book, but it was wonderful to see that she was writing again (she reported health issues last year) and it was fun to hang out with Jake, Don, Perez and the rest of her quirky characters.

I have started The Woman in Black by Susan Hill for a more traditional type of scary story.

I hope audio books count. Here’s the thing … I’ve never been a voracious reader, but I used to be a steady reader. I would burn through a few paperback spy novels a month, or I’d spend a month or two taking in a decent biography, or whatever … but ever since the advent of the accursed Twitter that’s my go-to idle time activity (break time at work, on the potty, things like that) and I haven’t read a book in maybe more than a year, I can’t even remember. I know it was Carl Sagan’s Contact I read, but I digress …

I’m all podcasted out and I’m just about sick of the news, so I signed up with Audible. My trial period comes with two credits and 30 days free, for whatever that’s worth. I’ve only used one of my credits so far and that was for With the Old Breed: At Peleliu and Okinawa by EB Sledge - Sledgehammer. This, and Robert Leckie’s book Helmet for My Pillow were the basis for the The Pacific miniseries. I think I mentioned elsewhere on the board that my latest obsession is WWII in the Pacific and I’m pretty much immersed at this point. I’ve seen a bunch of movies - features and documentaries - including the aformentioned The Pacific in the last month … so now I’m “reading” the source material.

It’s pretty intense so far. The miniseries, so far, has stayed pretty true to the book. It’s read by Joseph Mazzello, the actor who played Sledge in the show which gives it a sort of an air of authenticity.

Yeah, her Hello Universe is one of my least-favorite Newbery winners. It felt very check-off-the-boxes, the kind of diverse characters book that reads more like a parody than like an actual book.

I’ve been in a bit of a reading slump lately, because I picked up Pride and Prejudice for like the third time.

When I was an adolescent, I saw Room with a View, and I realized that I could not possibly care less about the problems of rich British people. That’s not a statement of morality, it’s a personal foible/flaw that’s kept me away from good literature. Including, until now, Pride and Prejudice.

After three abandoned efforts over the past couple of decades, I finally managed to get into this classic, and finished it a few nights ago during a bout of insomnia.

It’s a third of a century since I realized I didn’t care about the problems of rich British people. Pride and Prejudice is a lovely novel, but it’s hard for me to get past that prejudice. I wish I were able to do so.

In addition to that, I listened to Stamped, a revision of Ibrim X. Kendi’s antiracist history Stamped from the Beginning. Jason Alexander took the book for adults and rewrote it for kids.

The history is great. Some of the analysis I’m not so sure about. The author distinguishes between segregationists, assimilationists, and antiracists, and has pretty harsh language for WEB Dubois and Martin Luther King because he sees them in the middle category. It’s definitely an interesting perspective, but I’m sitting with it.

I love the Shire conceptualization! Well done. Check out the 2005 movie, too, if you haven’t already - I think it’s better than the earlier BBC adaptation, but others disagree. 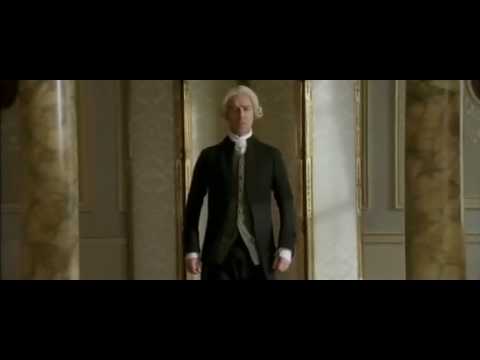 Reading Pride and Prejudice, Fellowship of the Rings, and The Wind in the Willows all at the same time (the latter two as bedtime read-alouds for my kids) is quite the head-trip. The similarities between Darcy and Elrond, or Toad and Mr. Collins, or the Sackville-Bagginses and the Bennets, or the Water Rat and Sam, or the Shire and _Shire and the riverbank–I mean, good lord.

I like to do voices for characters, and my favorite is Toad’s rich, fruity, smug, stupid croak. He’s a delight to read. Switching from that to Fellowship, though, I really REALLY wanted to give Elrond that voice. My wife absolutely forbade it.

Finished Apollo’s Angels: A History of Ballet , by Jennifer Homans. It’s a thorough, but uneven, examination of the subject, in my opinion. Some of the background information was fascinating. (At some point, I’m going to have to read a biography of Peter the Great.) Descriptions of the ballets, many of which I’d never heard of, sent me to YouTube repeatedly for at least a glimpse. (For example, Les Noces–powerful stuff.) On the other hand, she had a lengthy discussion of why ballet in Italy never became great, mostly to explain why several talented Italian dancers (and one brilliant teacher) moved to Russia, which she could have explained in a page in the Russian chapter.

Your wife is a spoilsport!

Started The Glass Universe: How the Ladies of the Harvard Observatory Took the Measure of the Stars, by Dava Sobel.

I finished Burn, which was just all right. It was pretty weak until something happened at the midpoint which made it interesting enough to finish.

This morning, I started on another YA novel, Horrid by Katrina Leno, about a girl and her mother who have to move to a decrepit spooky old house in Maine. I haven’t gotten very far in, but the girl is not pleased about the spooky old house. I just don’t understand folks like that.

Me either. Unlike the whiny little git in the movie Inside Out, I would adore the house they moved into in San Francisco

The latest Longmire novel. He’s back in Wyoming and with Vick and Henry in great form, investigating the art world.