We’ve posted so many sad farewells to aging stars. I thought it would be nice posting about someone before they pass. Kirk is 95 and still goes out to eat and signs autographs. The stroke he had over a decade ago took his voice but he still gets around reasonably well. Issur Danielovitch Demsky was born in 1916. I hope I’m doing that well at 95. 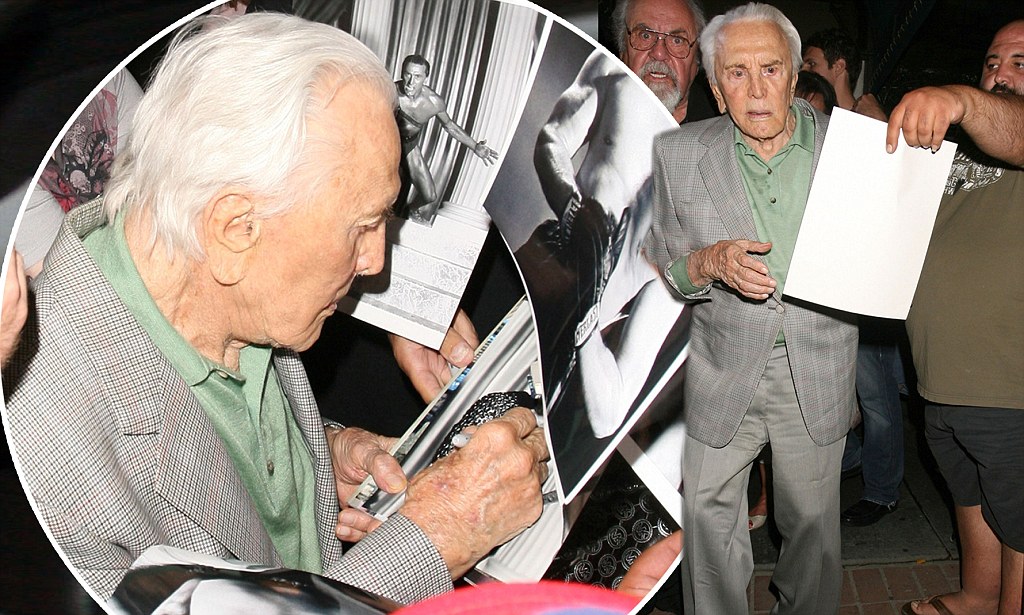 The Spartacus actor was greeted by an enthusiastic throng of admirers as he emerged from Madeo restaurant in West Hollywood last night, accompanied by his wife of 58 years, Anne Buydens.

Any Kirk Douglas fans here? Favorite movies or books that he wrote?

I read The Ragman’s Son. Really moving bio of Kirk’s Jewish heritage and the family’s struggle as Russian immigrants in America. I was so moved by Kirk’s pride in his heritage and the poverty that he overcame.

Kirk was a fitness buff long before it became trendy. He worked out constantly all the way up into his eighties. That’s why he was able to play roles like Spartacus in his mid forties.

Kirk is giving a lot of his money to charity. 50 million is a lot of savings for a actor that was primarily a big star in the 1940’s,50’s, and 60’s. He never got the huge multimillion $ paychecks like his son Michael. 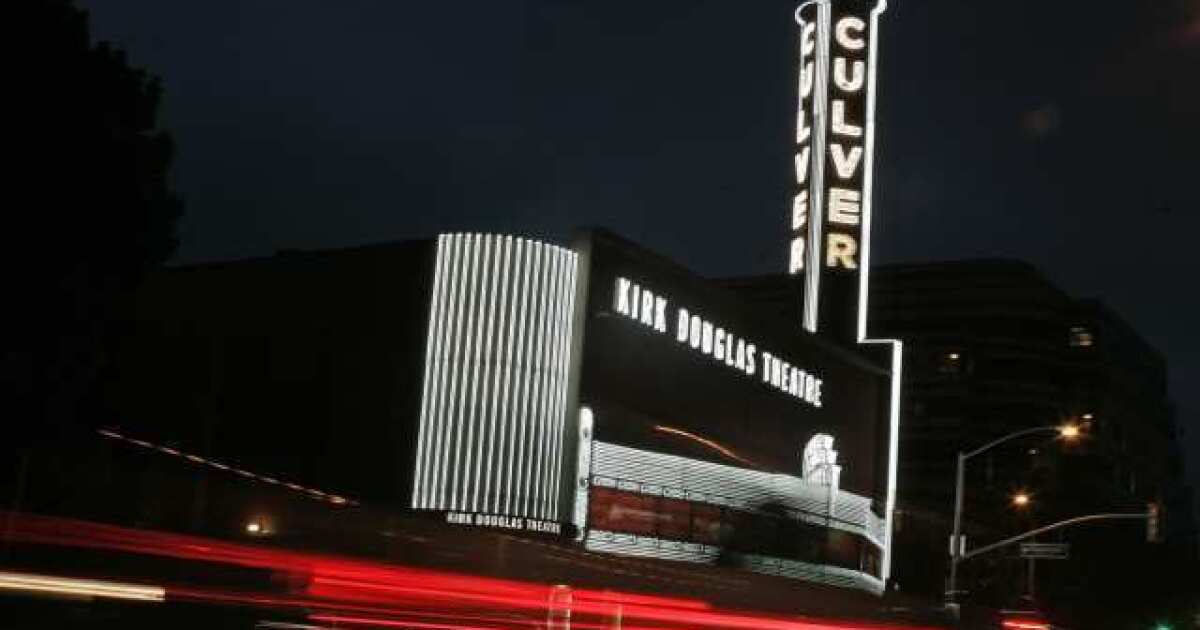 The actor’s new $50 million pledge will also go toward four other organizations – St. Lawrence University, which is Douglas’ alma mater; Harry’s Haven Alzheimer’s unit at the Motion Picture & Television Fund in Woodland Hills; the Anne Douglas Center for Women in L.A.; and the Sinai Temple in Westwood.

Kirk is the producer of two of my all-time favorite movies: Paths of Glory and Spartcus.

I saw him in a 2010 documentary just a couple of days ago, interviewed for a documentary on cinematographer Jack Cardiff. His voice may be slurred, but he is still completely comprehensible – that is, unless he’s gotten significantly worse in the last couple of years.

I was at an event where he spoke earlier this year. His voice was slurred but he was totally understandable, personable and funny.

He lives here in the Santa Barbara area and has done a lot for this community.

Well, put me on the list of Coulda Sworn He Was Dead.
Glad I’m wrong.

I heard a podcast of him on “Real Time with Bill Maher” about a month ago. He was surprisingly witty and even dropped the F-bomb. Bill said they had lunch together occasionally. He sounds like a great guy really.

Ace in the Hole, aka The Big Carnival.

I have never been able to watch the ending of Lonely are the Brave.

Some doofus in the comments section identified the man assisting Kirk as Robert Altman, which would be quite the feat since Altman died in 2006. Heh.

I think it’s actually George Schlatter, the producer of “Laugh-In”, who seems to know everybody