It would take a spectacular level of staggering incompetence to look at the moon through a telescope and not find the Sea of Tranquility.

You would have some difficulty finding the Sea of Tranquillity on a waning gibbous Moon, and it would be impossible on a waning crescent. But most kids would be in bed by then.

A screenshot I grabbed in simpler, pre-covid, time… 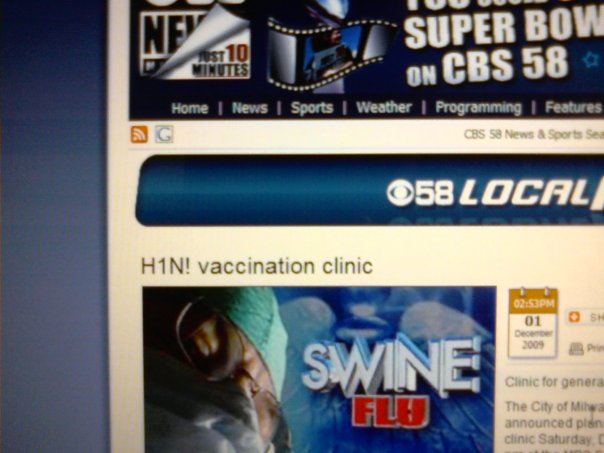 The 2010ish South Korean movie “My Way” which is based on the true story of a Korean found in a German uniform on Omaha Beach, in the movies opening crawl makes the claim that D-Day took place on June 6th 1945.

I shouldn’t have to explain why this is wrong, especially since the entire plot revolves around that event.

I enjoyed the first comment on that little story: “People who don’t like things to be explained shouldn’t read science fiction.”

What dad said in this case was “I wish I could stay and find out, but I got to go to work.” Then he left and she was gnawed on by a vampire.

Nobody should ever complain about anything else that happens in such a show. Vampires cancel out brain cells.

The one that brought this to mind is an episode of Let the Right One In. A bright astronomy buff child and her father are setting up a reasonably large telescope in their back yard to look at the moon. She turns to her father and asks excitedly “Do you think we can find the Sea of Tranquility?”. This is the equivalent of a geography-loving moon critter pointing a telescope towards Earth and wondering if there is a chance of being able to locate Australia.

So a true-to-life example of what a child might actually say is a “mistake”?

Why do you seem to feel that fiction should represent children talking like college students who have been studying a particular field?

I am not a medical professional by any means, but even I know that a defibrillator is not used to restart a stopped heart. Even movies and TV shows that seem to go to some effort to get medical things correct invariably include that scene where the EKG starts sounding the “flatline” tone, and someone grabs the paddles and yells “Clear!”

Whenever a plane is about to crash in a movie or TV show, the oxygen masks drop down from the ceiling. It doesn’t matter what the problem is, and it’s usually something completely unrelated to cabin pressure, there are always going to be a bunch of yellow masks dangling from the ceiling, with a bunch of screaming passengers rushing to put them on.

And I spent so much time typing this part I missed the edit window, but the worst example of this was on some short lived NBC drama from the late aughts which I don’t even remember the name of. It was basically trying to be the replacement for ER in the 10:00 pm Thursday timeslot, and it focused on a group of EMTs and firefighters in San Francisco (come to think of it it sounds a lot like the current show 911 on Fox apart from the location). The only thing I remember from the show besides the basic premise was the most over the top plane crash sequence I’ve ever seen on TV.

It started with a 737 cruising somewhere near the Bay Area. Then they encounter some turbulence, which for unexplained reasons apparently causes one of the plane’s engines to stop working. So the captain decides to divert to Oakland. Ok, that’s reasonable, but then the plane starts rapidly losing altitude, even though they still have one working engine. Then the oxygen masks drop down, because like I said, that’s like a rule in Hollywood. Then the captain radios ATC that they can’t make Oakland, and they’re going to try for Alameda, you know, the abandoned runway where Mythbusters did a lot of their tests. And then a little while later they crash land on the Alameda runway in a big fireball.

In real life this pretty much would have been a non-event. Every modern airlines can fly just fine with one engine. From the passengers’ perspective it would feel like a normal landing.

So a true-to-life example of what a child might actually say is a “mistake”?

Why do you seem to feel that fiction should represent children talking like college students who have been studying a particular field?

ETA when I was younger than that 12 year old character, it was during the discoveries of the Voyager probes and textbook entries about the solar system were becoming out of date. When the teacher would ask me a question like “how many moons does Jupiter have” and my anwser differed from what was printed in the teacher’s edition textbook, she would pencil my answer into the textbook.

Another example of what I’m thinking about, from a Lost in Space rerun. Will Robinson has been teleported back to Earth. Nobody believes it when he tells them that he is from the lost space mission. Some kids are taunting him by asking him space-related questions and he is rapidly firing off the (supposedly correct) answers. One kid asks him how many miles there are in a parsec, and Will confidentially states that there are nineteen million one hundred and fifty thousand. That’s the kind of thing I was really thinking about, something that isn’t a plot point the episode revolves about, but something that is simply wrong when the writer could have very easily spent a few minutes (pre-internet, a few seconds in modern times) putting in the right information and only didn’t beause they just didn’t give a damn. (In my first example that people want to nitpick at, the writer could have chosen some feature that there would be some plausable chance of ever missing with a telescope.)

Whenever a plane is about to crash in a movie or TV show, the oxygen masks drop down from the ceiling.

I always thought that the reason was those doors have to open easily so the force of the turbulence could open them up. Reality is I have no clue how the door opening occurs.

Maybe the Scarecrow’s mangling of the Pythagorean Theorem in The Wizard of Oz. Although some people think that was intentional, to show that the Wizard’s gift really had no effect on Scarecrow’s intelligence.

We just completed yet another move and the boxes we got from U-haul, et al, are labeled for rooms and – I guess – our good china, goblets and assorted eating doo-dads are supposed to go to the “dinning room.”

That and sometimes “Life support is out were dead now!”…and sometimes they do the right thing and have them last longer

A favourite example which I probably first heard about on this board.

Too bad they make their own stupid error:

They handed their luggage to another representative; it would be transported in a separate, unpressurized chamber on the aircraft.

The separate chamber is very much pressurized, as anyone who thought for 10 seconds about the physics would realize (or knew that pets are regularly put in the cargo section).

ETA when I was younger than that 12 year old character, it was during the discoveries of the Voyager probes and textbook entries about the solar system were becoming out of date. When the teacher would ask me a question like “how many moons does Jupiter have” and my anwser differed from what was printed in the teacher’s edition textbook, she would pencil my answer into the textbook.

What I expect is that a years-long enthusiast of a subject will have voraciously consumed any information about the subject they could get their hands on. Including an astronomy buff knowing tons of basic facts about astronomy before they eventually are bought a telescope. There are these things known as “books”. Some of them include things known as “maps” and “charts”. For someone who is already an enthusiast of astronomy that was an incredibly stupid question.

The Czech language version of Silence of the Lambs identifies the FBI Academy as being in “Quantico, Vermont.” They never bothered to learn the difference between VA and VT.

My kid knows more about Pokémon than I will ever care to, but that doesn’t stop her from asking me stuff like, “what’s the second evolution of an eevee?” And then telling me the answer. Kids spend all day in school getting asked questions in which the asker knows the answer. To them it is a normal thing to do.

I’ve not seen the show in question, so I don’t know the tone or complexity of the interaction, just saying it doesn’t strike me as wildly unreasonable for a kid to ask. Most likely though, it was what the script writer found when googling “name of a place on the moon”.