Bought about ten 200 bulb strings from Sams Club last year, they worked fine. Took them out this year and 9 out of 10 have at least some bulbs that don’t work. The problem seems similar in each. There is a short green canister and one bulb before and all the bulbs after do not light. What is this canister and is there anyway to fix it?

Without a picture, yeah, it’s probably where the fuse goes. Glass tube with metal ends. If there’s not an extra replacement with it you can get more pretty cheaply.

9/10 seems excessive though. Do they all have the same problems? If it’s just one bulb, you can usually replace that.

No, the fuse is in the plug. This is something else, and something that is not present on filament bulbs. FYI we took then back to Sam’s club and receivied a full refund for them all, which I was pleasantly surprised about.

I use Costco who have very generous return policies and can look your purchase up if you lost the receipt., and I imagine Sam’s is similar so that’s the way to go.

I also wonder if it is something like this? Description there if so, tldr it’s not something you would need to worry about in the future. Not sure if they even come on LED lights.

I can’t explain why you are seeing the particular pattern of nonworking lamps, or an appropriate fix, but the short green cannister is likely a ballast resistor which is typical of LED circuits to prevent overdriving the bulbs.

There’s either a bad bulb or a break in the wire. I think the plug has a resistor in it, not a fuse. The strings are series/parallel wiring. The section that goes dead is all in series, which is why the whole section goes dead. The OP resolved the problem, but for others reading this, look for a break in the wires. Failing that, that test the string with a multimeter: 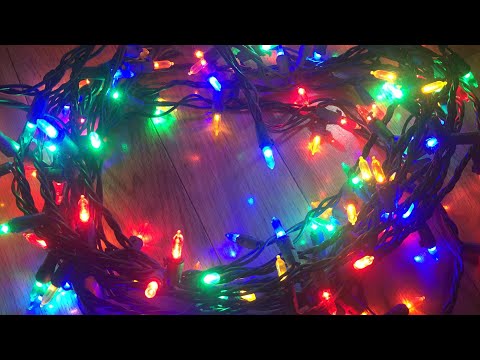 I spent hours fixing strings of bulbs last year–at the start of the season, I had a few bad LEDs. After a couple weeks, the squirrels would chew on them, and cut the wire or even remove a bulb entirely.

Haven’t decided if I’ll put up lights this year…

Are these light strings 120 vac the whole length?

There’s 120 vac in and out, but the resistor and the LEDs are in series, so each bulb only sees 2.4 v or something like that. 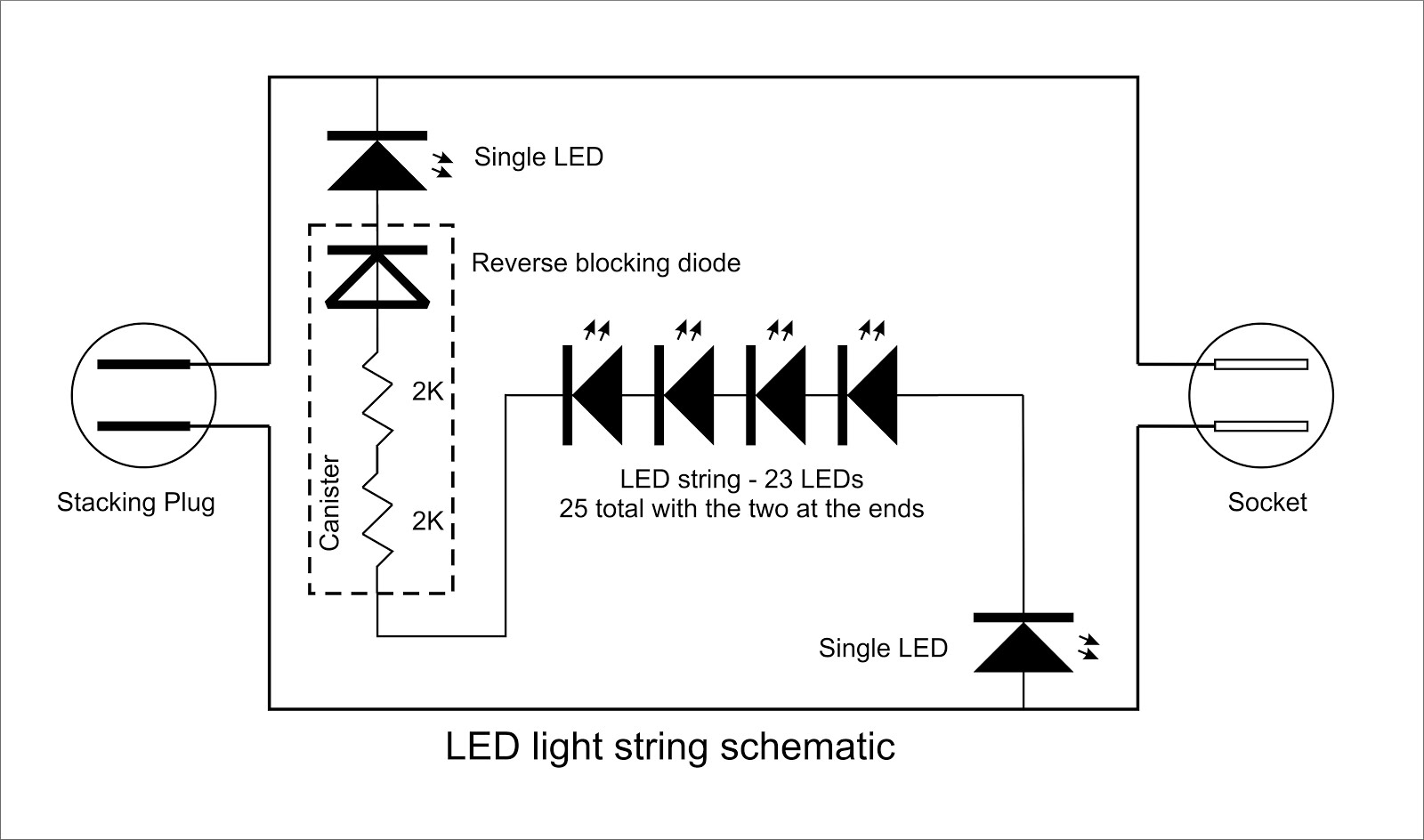 (from georgesworkshop: fixing led string lights)
The LEDs only light up on half a cycle on ac, too, so they seem a little “flickery.”