Legal liability for making real-life treasure hunts for the public

I have mused before that if I were a billionaire, one fun thing I’d want to do with my money would be to hold treasure hunts for the public. Every few or months or so, I’d hide a few million dollars in cash (or some similarly valuable prize) somewhere in America, then post a few clues online about how to find it (it might be hidden in the wilderness in Wyoming, or a forest in Tennessee, etc.)

What sort of legal liability would I incur by doing this?

Some that come to mind is that the land might belong to the federal government, or that if people died of hypothermia or shot each other while fighting for the treasure, I might get sued. What else would be illegal about this?

Similar sorts of things have been done in the past:

As far as I know, neither Canadian Club, nor the creator of the book, have faced any legal issues around them.

Depending on what clues you gave, people may decide that the treasure has been hidden somewhere that turns out to be an archaeological or other protected site.

Encouraging people to look for things in ways that lead them to damaging archaeological sites as possible locations is very uncool. They may not even be aware that they are doing so, but it could lead to fines or imprisonment. It is open as to what your exposure as the mastermind would be, but you may be charged as well.

The examples I’ve read specify in their rules that the hiding places are on publicly accessible land.

I wonder if an injury liability waiver is somehow needed?

isnt there some millionaire guy that hid a bunch or gold and jewels in the us south west desert and people died trying to find it but someone did after the guy died ?

The Game is a non-stop 24- to 48-hour treasure hunt, puzzlehunt or road rally that has run in the San Francisco Bay and Seattle areas. Its teams use vans rigged with power and Internet access and drive hundreds of miles from puzzle site to puzzle site, overcoming often outrageous physical and mental challenges along the way, usually with no sleep. Teams in games have been required to walk around the roof of the Space Needle, find a puzzle hidden in a live rat, and circulate a petition to ban dihy...

In the 2002 Game, “Shelby Logan’s Run”, player Bob Lord was severely injured after misunderstanding a clue and falling thirty feet down a disused mineshaft. The players were sent into the desert outside Las Vegas with a clue containing the warning “1306 is clearly marked. Enter ONLY 1306. Do NOT enter others.” Arriving at the site from an unexpected direction, Lord mistakenly entered mineshaft 1296, not realising that the mines were numbered, and ignored anonymous, spraypainted warnings assuming that they were part of the game. The fall crushed several vertebrae and left Lord a quadriplegic, and a lawsuit was filed against the organisers of that year’s Game, who were criticized for not mentioning the danger in the pre-game liability waiver.[6] There was no Seattle-based Game for three years after the 2002 Game, although the Bay Area Game continued apace. The August 2005 “Mooncurser’s Handbook” Game in Seattle, run by a group of twelve veteran Seattle Gamers, renewed the Seattle Game tradition, with a special emphasis on safety.

Yeah, that was Forrest Fenn, who lived, and fairly recently died in Santa Fe, NM. His treasure was found, IIRC, within the past two years, and he died shortly thereafter.

I’d been following the story (partly cause I always wanted to go hunting for it myself), but he never faced any actual legal trouble from what I remember. It’s public property he hid it on, and it’s his own material buried–he didn’t steal anything, he didn’t disturb any ruins or monuments, he just left something out there. Now there were some press conferences and statements pressuring him to call the whole thing off because a few people died in the process of looking for the treasure, but he never did, and his response was, “Look, I’m an 80 year old man who hid the thing. Keep that in mind. . .”

Personally, I say good for him! It got people outdoors and added to the mystique. I feel bad people died in the search, but not knowing their backgrounds or technical ability, I suspect they put themselves in over their heads.

To my knowldedge, the only legal trouble he’s faced was after he died, and the treasure was found. Some woman raised a lawsuit against his estate, claiming that she was decieved by the clues, and should have found the treasure.

Tripler
Yeah, it was kinda ‘big’ local news here for a few weeks.

It’s really a pretty fascinating story for those who are interested:

The decade-long hunt captured the world's attention, but when it finally ended in June, everyone still wanted to know: Who had solved the mystery? This week, as legal proceedings threaten his anonymity, a 32-year-old medical student is ready to go on... 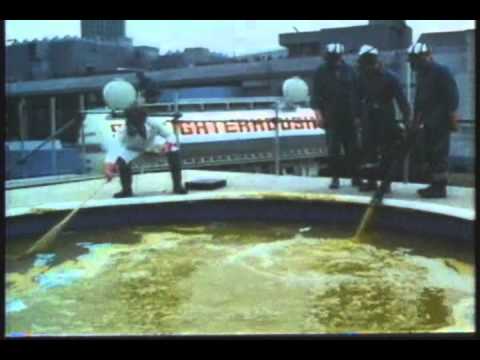 Masquerade is a picture book, written and illustrated by Kit Williams and published in August 1979, that sparked a treasure hunt by including concealed clues to the location of a jewelled golden hare that had been created and hidden somewhere in Britain by Williams. The book became the inspiration for a genre of books known today as armchair treasure hunts. In March 1982 Williams received a letter and sketch from a man called Dugald Thompson, which he acknowledged as the first correct soluti...

was the one with some scandal, but because the winner was allegedly a cheating cheater, not because the author got in trouble for burying treasure in a park, I believe.

David Blaine did a book with an armchair treasure hunt. I know of it only because the puzzles and clues were designed by the guy behind the fantastic computer game The Fool’s Journey. IIRC A woman figured out the clues, filed a letter of intent with Blaine’s people (often a requirement of theses hunts. A token is hidden. If somebody just stumbles on it without filing a letter, they win nothing.) and found the golden ball hidden in the roots of an old tree.

The examples I’ve read specify in their rules that the hiding places are on publicly accessible land.

Is it equally accessible to disabled people? Like in wheelchairs? Or blind people? Etc.

As a private venture, I suppose you could limit contestants to sighted, able-bodied people with enough spendable income to travel to a remote area to look, and be legally OK. But morally?

Guess that’s up to your own morals.
But there are plenty of people around who wouldn’t hesitate to judge you by their morals, and publicly call you all kinds of nasty names.

Geo-caching (which is a trivial sort of treasure hunting, although the only reward is satisfaction) seems to go on without any liability issues.

Blind people or those in wheelchairs can still contribute to figuring out the puzzles. They’d need help, of course, but then, they need help for lots of things in life, and I suspect that most treasure hunts are won by teams, anyway.