I have a KitchenAid & a pasta roller attachment. Much easier than a hand crank.

This is good to know - I have a kitchen aid, so will look into an attachment, as the hand roller is painful.

Does anyone have the Kitchen Aid pasta shape press rather than the roller? If it works how it looks, it would be amazing.

We have the KA attachment and it works great. It’s not really that hard to clean. I just leave it out for a day then run it a few seconds and give it a good shake and that gets like 95% of it. Then I use the little brush it comes with to get the rest.

For example, my kids are getting into foraging and they easily find stinging nettles. Therefore, I make

Foodie alert!! @Mangetout has a stinging nettle soup on his YouTube channel (atomic shrimp) that is the most amazing textural experience ever.

Pretty sure this is it.

Thanks all, for the continued great advice!

Also thanks to @China_Guy, @kayaker and, indirectly, @Mangetout for the side topic of stinging nettle foraging and cooking. Mrs. solost and I like to look for morels this time of year, and being in a part of SE Michigan that has a lot of wetland areas, I read that those are prime places to find stinging nettles as well. Will have to keep an eye out for morels and nettles now!

How about ravioli with nettle and morel filling?

Most recently he started making his own pasta by rolling out the dough until it’s very thin and cutting it with a knife. He’s not really good at cutting even rows, so the resulting noodles are crazily varied in width.

There are pasta machines that will very easily produce pasta of a uniform size, and they aren’t grotesquely expensive.

But my model suggested a full clean after any raw-egg based pasta.

That seems unnecessary. How many germs will survive on stainless steel? And you aren’t going to be eating the pasta raw, anyway. If you introduce a couple of germs into your next batch, well, you’ll be boiling them in a few minutes.

I don’t remember ours being all that hard to clean, but we went with the “brush off the residue” method of cleaning, not “try to sanitize the interior edges” or anything like that.

There are pasta machines that will very easily produce pasta of a uniform size, and they aren’t grotesquely expensive.

Thanks! I like this Shule Pasta Maker from your link, listed as “best budget”. It looks pretty durable for the price, and it’s also described as “easy to clean” which I really like to hear.

The type of pasta maker we were using was not a flat-cut pasta style maker like that one (which I would prefer), but a type that extrudes the noodles. Many nooks and crannies to get dough caught up in. You feed the dough in from the top and it has a corkscrew feed and shaping nozzle attachments. Same principle as: 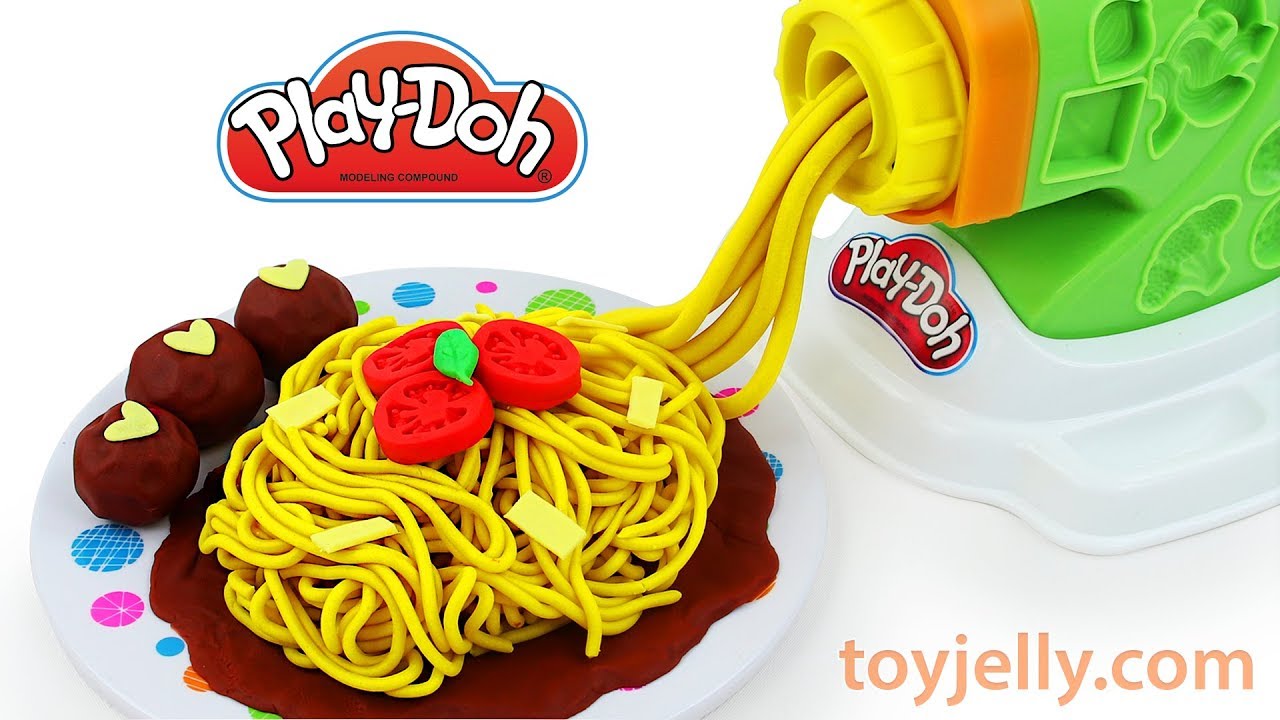 But my model suggested a full clean after any raw-egg based pasta. I of course, didn’t do that, unless I saw leftover bits that a cleaning clay didn’t get. But sometimes there is slop you can’t get any other way. And when that happened, there was the ‘ugh’ moment.

You’re doing what everyone does. If you can’t brush it clean then you do the full clean. And if you don’t, don’t you plan on washing your hands, cleaning the dishes and utensils, and cooking that pasta? What do you think a microgram of raw egg that you miss in the pasta maker is going to do?

For @puzzlegal - yeah, @TriPolar has the right of it I believe. As for -why- the manufacturer included that in their instructions, I’m 99.9% sure it’s someone in the legal department insisting it be put in the owner instructions to head off lawsuits rather than a practical need.

Which is about the same thing I said to my wife when we read the operating instructions and promptly disregarded them.

Basically you can’t clean them in a sink (want to keep it from rusting, and of course dishwasher is right out), you’ll need to get every last tiny crevice clean, and you’ll often need to break them down.

Is rusting really a problem? The one that @MrDibble shows looks like it might be all stainless steel.

I like this Shule Pasta Maker from your link, listed as “best budget”. It looks pretty durable for the price, and it’s also described as “easy to clean” which I really like to hear.

We used to have one that looked exactly like that, and I certainly don’t remember it being especially hard to clean. We found the whole process of making pasta to rarely be worth the effort (although fresh did taste better) so it’s now in a box somewhere, or lost. But while I remember it being a nuisance to clean up the flour that got all over everything, I don’t remember cleaning the pasta maker at all. I mean, I’m sure we did, but it wasn’t a big deal. (and no, we weren’t concerned with sanitizing it.)

Is rusting really a problem? The one that @MrDibble shows looks like it might be all stainless steel.

Again, let me be clear, I am NOT saying pasta machines are all cheap pieces of junk and not worth the effort, I’m saying it wasn’t worth it for a household of two with infrequent use when I could make it all by hand alone when I just had to have handmade pasta.

Seriously, start with a pappardelle with a meaty ragu for fresh egg pasta. Rolled and hand cut.

My wife has countered by the thought of a hand rolled flat sheet of pasta, cut with the pizza cutter into filled pasta sized squares, each one filled with one whole clove of roasted garlic (!), sealed, quickly boiled and blanched, and then topped with alfredo or white wine cream sauce.

Screw calories, screw commonsense, screw being able to go out in public for 48 hours!

each one filled with one whole clove of roasted garlic
[…]
Screw calories, screw commonsense, screw being able to go out in public for 48 hours!

Ha, yeah, since the lockdown and working at home I’ve used approximately 1000% more garlic in stuff, because ain’t no one going to be smelling it coming out my pores

My mother had a friend whose father, direct from Italy, was a great cook, he made fabulous sauces and his own pasta by the bushel for the neighborhood.

When he got old and began to lose his eyesight, he still made pasta. But his daughter said he wasn’t very sanitary with it, could hardly see at all, so he made pasta that she later threw out. He happily made more every week, it kept him busy, gave him something to do.

How about ravioli with nettle and morel filling?

Oh hell yes! Or into the sauce.

Kidlets are going on a 'shroom hunting class this weekend. Not sure the types.

Evidently the morel happy hunting grounds are on the eastern side of the Cascades and Sierras. That’s sust over an hour drive from my place to go over the Cascades, so will be doing an expedition pretty soon.

Kidlets are going on a 'shroom hunting class this weekend. Not sure the types.

Evidently the morel happy hunting grounds are on the eastern side of the Cascades and Sierras.

We used to be lucky enough to find bushels of morels in our own backyard. But that was only for a season or two after a giant Elm tree died. And then after a big apple tree died in our yard and we cut it down, there was a ring of morels next Spring in a bullseye formation around where the trunk had been. So keep an eye out for recently dead trees – evidently morels love to feed off their decaying roots.

@solost If you do get a dough attachment for the kitchenaid, your son might also like to make his own cheez-itz. ProhomeCooks has a recipe that has proven to be a winner with my kidsn(there is a youtube video as well but I don’t have the link handy). Anyhoo, you roll the cheeze dough out on the widest setting of the machine. Easy peasy lemon squeezy.

Oh, an second whomever above that wrote:

I am playing with Bob’s Red Mill whole wheat pastry flour for both egg pasta and for the crackers. I’ve got some Bob’s rye that will test for really rustic Italian

So over the last few days of making fresh pasta (pici, papardelle, tagliatelle), I came across something I never really thought of much before. And it’s probably not so helpful, but maybe it is. Trust your judgment. The best pasta I make is always when I don’t follow exact recipes, but go by feel. I know that sounds like some weird Zen shit, but it’s proven to be the case. Start with your flour or flours, make a well, add your eggs (if using), and enough warm water to make the dough come together. I swear, every single time – and maybe I’m just good at judging – when I’ve followed my instincts, the dough has come together perfectly, and the pasta has been perfect. You can feel when it’s too dry and just not coming together, You can feel when it’s just when and sloppy and needs more flour to get it to where it’s manageable. There’s a wide range of hydrations where the dough does well. It’s not as exact as recipes would like you to think. It’s one of those things where it helps to have someone show you how to do it. So I made these three pastas, at the request of my daughters, from scratch for the last few days. And they all have worked out just right, because I didn’t go slavishly by recipe, but followed how the dough felt. A cup and a half of semolina, a cup and a half of AP flour, two eggs, and enough warm.hot water to bring it all together. All hand kneaded, hand rolled, hand cut.