Listen up @Hallmark. .. Bad bad bad Beck has found you a new holiday to over merchandize and thereby causing innocent consumers to spend the large $buxx on!

Hey. If you missed it, it’s allover but the crying, you unlucky consumers.

I hit the motherlode!

So … we went to the Sonic. I ate 4, the lil’wrekker wasn’t in a holiday mood. She had tater-tots.
I bought 10 to bring home.

Me and the little wrex had them for lunch today. There was one left. I offered it to Hamza. “No”, sez he. “It’s against my religion”
I remarked to him when was the last time he got the little rug out and prayed?
Hmmmm, that’s what I thought.

So I ate it.
I proclaimed it’s wonderfulness, to the heavens. And thanked a supreme being.

It’s only 364 days til next Corndog day. I’m saving all my change and I’m gonna be good all year. I promise.

Thank you, thank you. Next year I just want Sonic gift cards. Keep that in mind🤗

So noted. Unlike a corndog, a Sonic gift card won’t be cold and yucky by the time it gets to Arkansas.

Uh oh. I have a problem. I put the sticks and paper in a sack and sent a Grandwrex out to put it in the burn barrel.
I’m not casting aspersions but…one stick was found on the deck steps. Clarence the 'possum found it first.

He’s walking around with a 'possum cigar hanging out of his mouth.
I’m laughing, hard, which is a big problem with broken ribs. I’m dying here.

Or, I’m afraid Clarence will chew it up and swallow the splinters.

Maybe I missed something, but when did you break ribs (most recently)? (worried look)

When I fell out of bed on Monday.
I’m on goof balls and have been xrayed. I have a rib belt(corset thingy) hard to wear. So I’m not really wearing it. Don’t tell the Li’l-wrekker.

It’s only 364 days til next Corndog day. I’m saving all my change and I’m gonna be good all year. I promise.

Beck, there is a national Corn Dog day and you don’t have to wait a whole year to celebrate again. 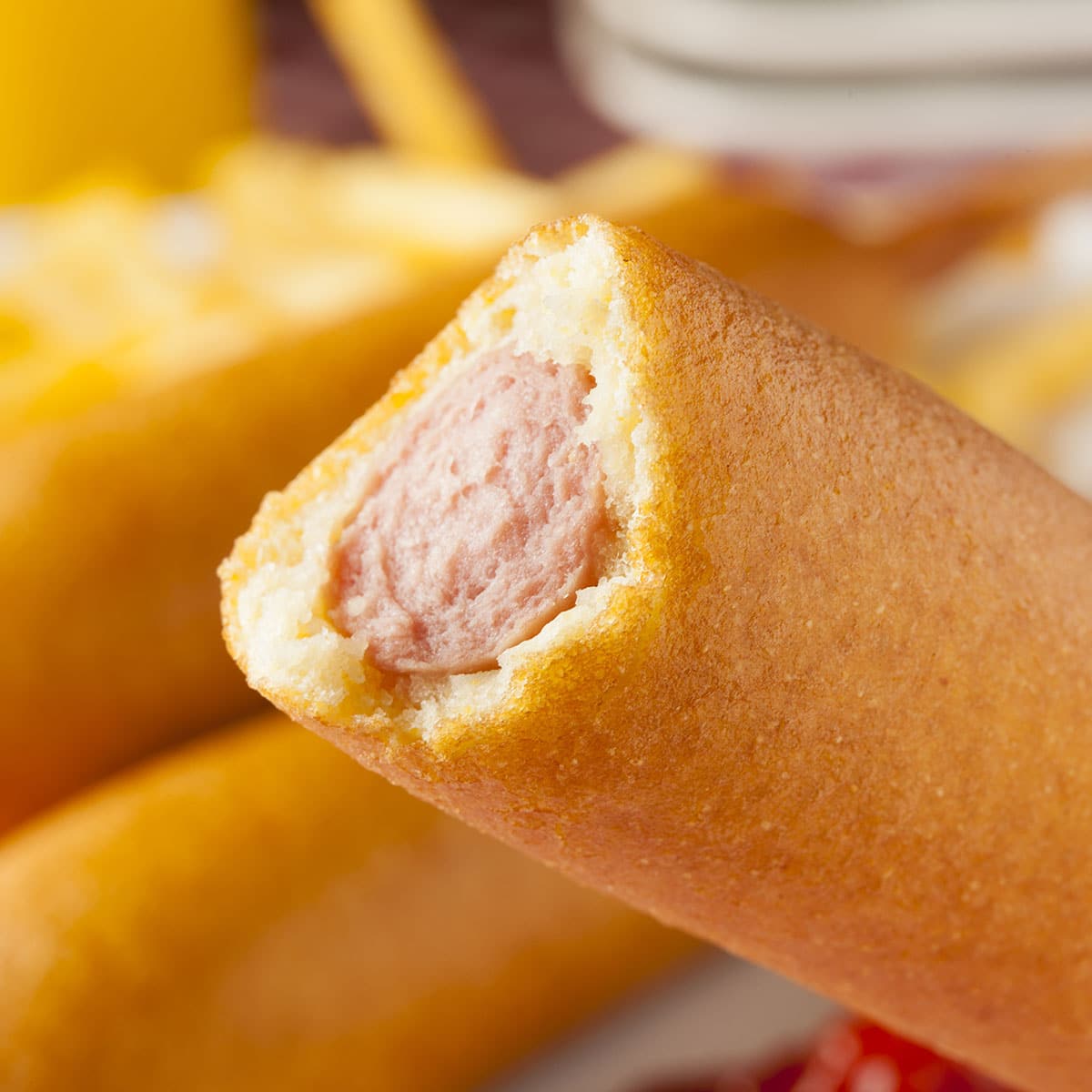 Looking to celebrate National Corn Dog Day? We'll show you the way with all the best tips and tricks to make this tastiest day ever!

It’s celebrated on the first Saturday of March Madness and will be on March 19 of this year. So only two more months to go!

You can spend even moar $Buxx when it’s not half price Corndog day.

I like corndogs, and eat one every decade or so (coincidentally, about the same amount I visit Sonic, despite driving past one almost every day). Not sure if I could ever overspend on corndogs.

Due to the infamous Corndog Spat of 1973, in which the radical faction of the American Corndog Lovers broke off to form the Corndog Lovers of America. Splitters!

Heretic. The Corndog Lovers of America were not the radicals! We all know that the real split began with the dissension in the mustard bloc.

When I fell out of bed on Monday.

Geez, my uncle fell out of bed in the hospital while reaching for the call button and fractured his skull and died.

I need a seat belt in the bed now. You know, for safety.
Restraints can be your friends.oh, shoot!! Don’t go there peeps

Maybe you can attach a bungee cord to the corset?

Get a bed rail and attach it to the bed. Or those foam bumpers.

My folks told me I had a talent for rolling out of bed as a toddler, so they got 2 bed rails, one on each side of the bed.

I rolled out the bottom.

So they moved one bed rail to the bottom.

I rolled out the side.

So they moved the bed rail from one side of the bed to the other, leaving the one on the bottom.

I rolled out the open side.

I think they eventually shoved the bed into a corner so it had walls on two sides and put the bed rails on the open sides. They stopped hearing thumps in the night after that.

I have found the 'possums cigar, intact on the garage floor.

It seems Clarence was just using it as a prop in his comedy routine.

Man, I want a Corndog now.

(No I didn’t taste the stick, I did smell it tho’)

I swear, I swear my mouth was nowhere near that stick, Miss nosy Li’l-wrekker