I used to have a nice backlit keyboard. A4Tech I think. It was one colour, blue, and was likely lit with a very basic single light as it was made just a bit before LEDs got really cheap and ubiquitous. That keyboard started to fail after ten years of decent use from me, so I wanted to find a new one. That one was long discontinued, so I ranged out for something else.

Searching around I figured one of the fancy gaming keyboards that are rainbow coloured might be cool, so I found a decently priced one that got good reviews and tried it out. It was a Vantar AX from Cougar. It was quite beautiful, did all that it promised, had a sturdy aluminium construction, a slimline appearance, quiet scissor-switch keys, I loved it!

Except for one thing.

The rainbow keys were really annoying. They were too bright, the transparency of the keys made it impossible for me to read the characters on them, and the multi-colour flickering effects were really irritating. I kept it on a solid plain colour, so all the other fancy nonsense was wasted on me. Bu not being able to see the keys really was a dealbreaker.

So I found the inverted version of the same model of keyboard. Now the keys were black, not frosted, and the light only shone through the letters themselves. This was the way my original LED keyboard did it, and I thought I would prefer it, not be blinded, and it would work out better. But these keys are way hard to read too, because the text is thin and small. The little symbols above the numbers in particular are just dots. I cannot tell if it’s a % or an $ or an @. (I should know where each of them are without looking. But I don’t). So this keyboard is similarly a bust.

I need a better backlit keyboard, a solid colour, with larger visibility on the letters and symbols, readable in all lighting conditions, and preferably a way to reduce the light intensity or turn it off if it gets too bright or when the PC sleeps.

I have looked at large print keyboards on Amazon, but the reviews suggest they are loud, chunky, and wear off. All cheap knockoffs, and they break within months. So I don’t want those.

Can anyone recommend one that’s a reliable brand, a decent price (under $100), with medium-to-large sized print, good visibility with the light on or off, and available here in Australia would be good. I search local PC stores, Amazon, or eBay, but I just get the same things coming up over and over, with crap reviews, or a focus on gaming which I’m not really after.

I’ve been using this one happily since June of this year. It is sturdy and has several LED settings, including off.

ETA: note that it a mech style keyboard, tho, and not a chiclet key style.

It is also cheeeeeap for the budgie.

That’s a good start. I notice the white keyboard has the big letters, while the black keyboard does not. Weird.

Aye; the big characters were a draw for me as my eyes are getting old along with the test of me.

I have been using this keyboard for about a month and found only one minor negative issue with it. It has seven different colors and three brightness settings and the very minor issue involves not being able to save you settings so you reset with each PC boot. As mentioned, it’s minor and takes only 2 - 3 seconds to set up to you color/brightness.

I’ve enjoyed my Corsair keyboard. While they are expensive they are feature rich and pretty solid.

They do have a sub-$100 keyboard ($90). You can control the color of the keyboard and brightness (you need to use their iCUE software to do it…free). It is a mechanical keyboard (which I prefer but these things are a matter of personal taste). I know Cherry switches but never tried a Cherry “Viola” switch. Maybe something to look in to. 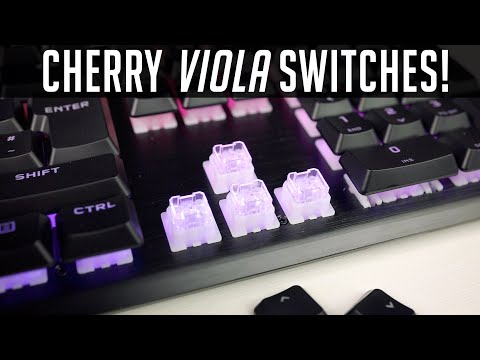 Lovely suggestions. I will have a closer look at these. Thanks!

I like the Logitech K800. The letters are large, you can change the illumination level, and it’s pretty quiet. The light is white. I don’t think the color can be changed.

Annoyingly, the Logitech keyboards here in Australia are all close to $200. I’d rather not spend that much.

So I was hoping I would get used to my existing keyboard, but I only got more annoyed with it. I finally got around to buying a large-print backlit keyboard. It arrived today, so I haven’t given it a thorough test yet.

It’s an AZIO KB506, and so far it’s… tolerable. Letter visibility, my main concern, is excellent, though I haven’t checked it in the dark yet. Also, no chance of the letters rubbing off, as they are moulded as translucent, not printed on.

However the key presses are very soft, and the space bar is really noisy. Hate that. Also, I think the keys are in slightly more spaced-apart locations, so I have to get used to that.

I’m still happy with this one that I linked earlier in the thread:

Yes, you said that already. I couldn’t find a local one of those that definitely had the large print. It comes in big and small text, seemingly randomly on different sites, even their own site was unclear and inconsistent on it, and all shipped from overseas.

Ah; sorry. I forgot you’re Down Under.