I first saw it in the Roman Catholic church I went to as a child. It was emblazoned on one its stain glass window, with a bunch of other obscure symbols. And it is on the masonry of a Presbyterian church near my home. I just passed by it now, on my way to mail letters. I looked more closely this time. FWIW it says ‘James the Greater’ underneath it.

It appears to be an upside down clam shell, perhaps on a Latin cross. Certainly it’s on a cross at the RC church.

A clam shell and perhaps a cross. What does it symbolize?

The clam shell is a tradtional emblem of a Christian pilgrim, and there is a well-established pilgimage to the church where the remains of St James the Great are reputed to be, in northern Spain:

The pilgrim's hat traditionally had a scallop shell emblem. This is thought to be a reference to the Christian legend that, after Saint James died in Jerusalem, he was miraculously carried by angels to the Atlantic coast of Spain, although the shell symbol has also been connected to pre-Christian traditions as well. Traditionally it is highly associated with pilgrims on the Way of St. James. The upturned brim of the hat is adorned with a scallop shell to denote the traveller's pilgrim status,...

The Camino de Santiago (Latin: Peregrinatio Compostellana, "Pilgrimage of Compostela"; Galician: O Camiño de Santiago), known in English as the Way of St. James, is a network of pilgrims' ways or pilgrimages leading to the shrine of the apostle Saint James the Great in the cathedral of Santiago de Compostela in Galicia in northwestern Spain, where tradition has it that the remains of the saint are buried. Many follow its routes as a form of spiritual path or retreat for their spiritual growth.

The scallop shell is the traditional emblem of St James the Great and is popular with pilgrims returning from the Way of St James (Camino de Santiago) and the apostle’s shrine at Santiago de Compostela in Galicia, Spain.[65] Medieval Christians would collect a scallop shell while at Compostela as evidence of having made the journey. The association of Saint James with the scallop can most likely be traced to the legend that the apostle once rescued a knight covered in scallops. An alternative version of the legend holds that while St. James’ remains were being transported to Galicia (Spain) from Jerusalem, the horse of a knight fell into the water, and emerged covered in the shells.[66][67]

The scallop shell symbol found its way into heraldry as a badge of those who had been on the pilgrimage to Compostela, although later it became a symbol of pilgrimage in general.

Huh. And here, I’d always assumed that it was associated with baptism: If you’re baptizing someone in a natural body of water, you use a shell as a scoop to pour water over their head.

The earliest records of the pilgrimage route date from the 9th Century. There is some speculation that the Christians may have usurped a pagan pilgrimage site, possibly honoring Venus, who was also associated with scallop shells.

I have even heard one conspiracy theory that claims that the body buried in Compostela is actually a Christian heretic who was killed by the Church, which then created the St. James story in order to convert the heretic’s followers.

I’ve done that pilgrimage, and from what I know of the shell, it was used as a bowl/eating and drinking container for the pilgrim on their way to Santiago de Compostela. It was just a handy and available item to have along the journey.

The shell was not obtained at SdC, the pilgrim would have used it along the way there and back. The thing usually desired was the official ‘Compostela’, the church document acknowledging the validity of the pilgrimage and obtain the mass. This Compostela was often taken back as proof of the journey and in that absolution of a crime (which the pilgrimage would satisfy as a choice of going to prison).

In modern times, the scalloped shell, with all lines in the shell converging towards a central location symbolized the pilgrims from all over coming to SdC.

And yes there is some evidence of a pagan pilgrimage along that route preexisting the christian one, but to the ocean. SdC may have been a stop, but the goal was to travel as far west as one could to the end of the land (Fisterra/Finesterra. fin = end, terra=land). There one would go though a spiritual rebirth at sunset and the burning of their clothes.

That combined route has also new age meaning of lay lines, spiritual pathways of energy that draw people to them and in that line explains why both pagan and Christian routes are overladed.

Actually, it’s more likely to be at a baptismal font that you’d have water scooped and then poured over your head. In a natural body of water you’d be completely immersed. No pouring.

I’m almost certain that I’ve seen art depicting baptisms using a shell (dunking doesn’t make for a good still picture), but on Googling, I can’t find any such (most paintings of John baptizing Jesus just show the two of them side by side in the water, and when John is using any sort of vessel to pour, it usually appears to be an earthen jug or bowl). So maybe my memory is just playing tricks on me.

No, Chronos, your memory is not completely playing tricks on you, sometimes the scallop shell is used in allusion to baptism. There are even “baptismal shells” of metal or glazeware used for the purpose, as seen in the graphics in this page. From some quick searching through other pages this particular artifact seems to be something of a “high church” Catholic/Anglican/Lutheran styling.

masonry of a Presbyterian church near my home

@Melbourne It’s called Westminister Presbyterian Church of Detroit. It’s a very old church. The symbol was one of many on the stone work on the church.

Yeah, that church has a lot of symbols on it. I have often marveled at them passing by. It also has a ship. What does a ship mean?

With art like that, the (Presbyterian) Westminster Church (in Detroit) must be really irritated by the American “Westminster Presbyterian Church” denomination!

I suspect that with a name like “Westminster” and art like that, the building was built by the high-church or even Anglican wing of the Presbyterian church.

So maybe my memory is just playing tricks on me.

No, Chronos , your memory is not completely playing tricks on you, sometimes the scallop shell is used in allusion to baptism. There are even “baptismal shells” of metal or glazeware used for the purpose, as seen in the graphics in this page . From some quick searching through other pages this particular artifact seems to be something of a “high church” Catholic/Anglican/Lutheran styling.

Yes in most Lutheran (MSLC) baptisms I have witnessed, a shell or shell shaped object was used for the three ‘sprinklings’ (father, son, etc) which is ideally pouring a small amount of water on the forehead which drains back into the baptismal font. This followed by making the sign of the cross on the forehead with ‘anointing oil’ and the same motion over the heart at a distance because no one wants oil, however holy, on their clothing.

The less fluid in the eyes, the better is well a established routine especially since most baptisms are infants and prone to a distracting cry when the water or oil is cold or drips into an eye.

The point is your memory is better than Google in this case.

There’s a nice mosaic of St. James the Greater with his characteristic scallop shell in the National Cathedral in DC. I drank with mine from the Irache wine fountain outside Pamplona. Let me see if I can link a photo of the fountain… 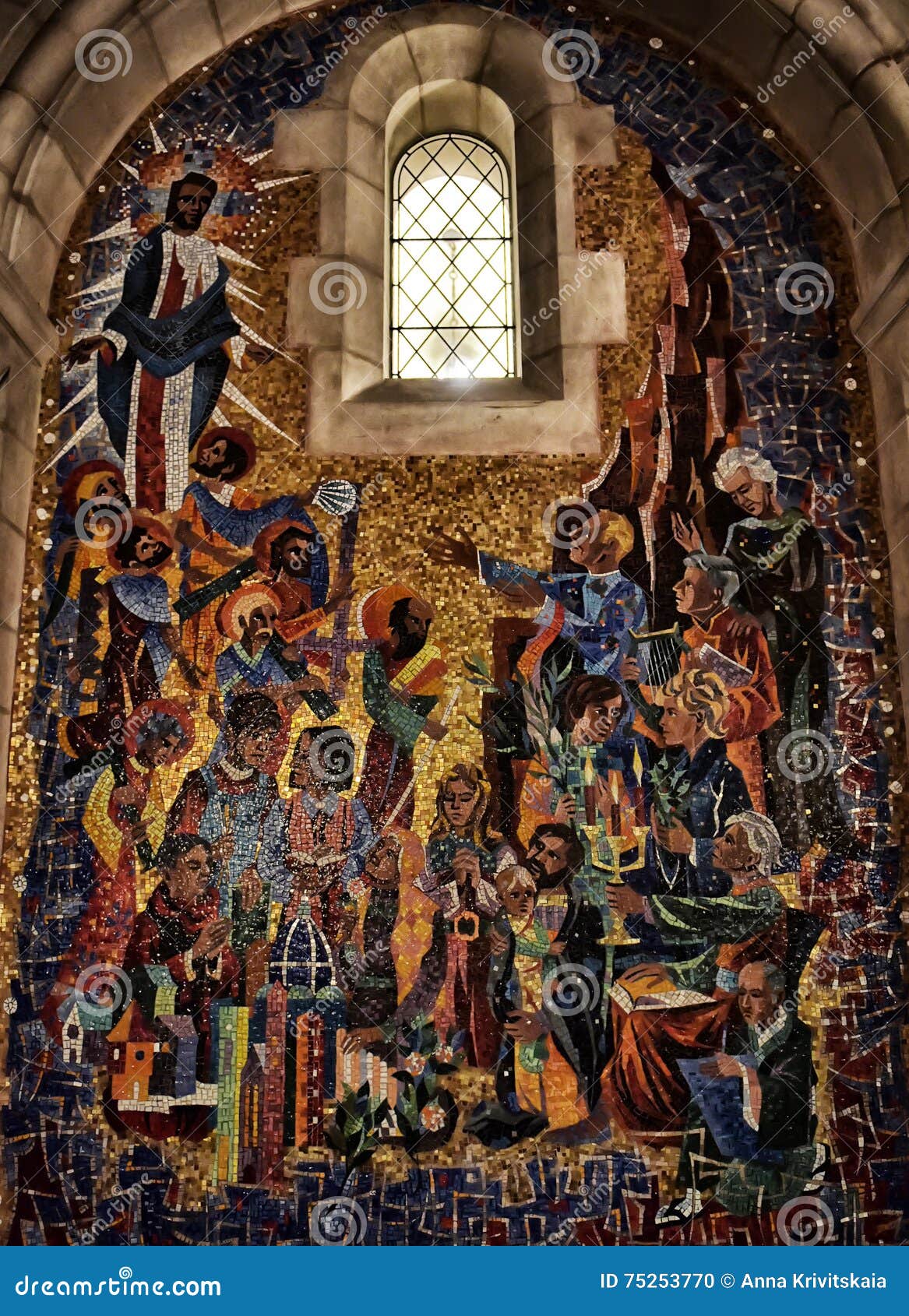