Medical billing mistake - should I care?

I got a statement from my medical insurance company detailing recent claims, and they had one in there for a local hospital in early July, for one of my sons. They paid out over $600 for this claim, and my share is said to be over $100. The thing is that neither this son nor any of my other kids visited that hospital anytime near that date, and that particular son has been out of the country for the last half a year or so.

At this point I’m thinking we shouldn’t take it up with anyone and it’s not our problem and we don’t care. It’s not like someone has stolen our identity, or there would be records of the services. Must be someone entered the wrong information somewhere or other (whether at the hospital or the insurer) and either the insurer paid out too much money or they didn’t. But at this point we’ve informed the relevant parties, and if they don’t want to do anything about it, it’s not our concern.

[The one stakeholder who is not involved here is my employer, as I’m pretty confident this is a self-insured plan, so they’re ultimately paying the bills. I don’t know if that’s why the insurer was so blasé about it - I don’t know if the guy answering the phones there is on top of this type of detail and its ramifications. Perhaps I should mention it to HR.]

I do have a nephew in town with the same name as my son, so I sent an email to my brother and SIL.

But does anyone think I need to/should do anything further?

Yes, get it cleared up. If you just let it go it will likely end up in collections and as a bad mark on your credit, causing more PITA for you. The hospital sent the bill, they should be the ones to correct it. If it were me, if the hospital did not seem to care, I would quickly escalate it to the hospital licensing agency in your state.

But the hospital never billed me, and by all indications they’re not going to, since they say they have no record of such a visit. They may or may not have billed the insurance people. That would seem to preclude them sending anything to collections and also me going to the hospital licensing agency.

I just got an email from my brother that his son was treated in that hospital on that time, so that’s undoubtedly where the confusion arose.

Oops, misread! OK, so somebody mixed up the coverage information between your son and your nephew. I’d still be inclined to believe it was a hospital error. I suppose you could get your portion from your brother and pay it off, but the pedant in me would want to get it corrected. Chances are low, but it having this claim on your record could affect your coverage in other ways.

I’d still be inclined to believe it was a hospital error. I suppose you could get your portion from your brother and pay it off, but the pedant in me would want to get it corrected.

Why would I want to “pay it off”? No one is asking me for any money. If they ask for money I can correct it then.

It’s worth some trouble to keep this from popping up again in the future. Getting a hospital or insurance company to give you documentation that this was a mistake will be an uphill battle though. Good luck with this no matter what you do.

You said your part was over$100.
They should have SS# of your son and/ or nephew. That could verify the correct patient ID.

Oh, sorry. Mistook your meaning there.

Does your brother have the same health insurance? If so, I would call back the insurance company and tell them that you think a claim might have been attributed to your son that should have been your nephew. If not, then the problem must be with the hospital, since that’s the only way the insurance company would have gotten the information about the claim. In that case, call the hospital and get them to check the billing, with the information that your nephew was in the hospital at that time.

Even though no one is asking you for money now, this could come back to bite you in various ways in the future. I would try to get it corrected while everyone can still find their files.

Since billing isn’t an issue, I would want to get it straightened out myself, if, for no other reason that your son and your nephew don’t end up getting confused again at a later date. While it could be an honest mistake, my worry would be if your son is allergic to something, but your nephew isn’t or vice versa, this could lead to issues if one of them end up in the hospital and are unable to answer questions. If they look at previous visits to get an idea of their medical history, it could cause problems for one of them. Even if it isn’t the same exact hospital, but another hospital in the same hospital system, they could have access to those records as well.

Call the admissions of the hospital and see if they have a record of the visit. I, too, would want this squared away. If there was an insurance claim, there is a record somewhere.

I called the hospital back. As far as they can tell, all records of the visit are for my nephew, DOB, address etc. They don’t know how the insurance got mixed up and will look into it. (My brother says he’ll call them up himself today, but as far as I’m concerned it’s been dealt with enough at this point.)

Hey, according your insurance company, you are a $100 closer to meeting your deductible!

I imagine the hospital has sent a bill to your brother / nephew instead.

Has your brother checked to see if his insurance has paid something? If so, it’s double billing. If not, get it cleared up anyway. You don’t want your son having some nonexisting medical issue on his records (there is a clearing house that tracks such info, much like a credit score, and there can be mistakes there that could cause issues).

When my son was born, the hospital billed my insurance for 2 nights, when I had only stayed one. Insurance refused to do anything about it, saying it was a legitimate bill. I had to fight with the hospital to reverse the charges. I don’t know whether I’d have been on the hook for any fees - but it was a nice little scam the hospital had going, to bill for services never received. If I had not been checking the bill carefully, they’d have gotten away with it. Knowing the hospital, I don’t know if it was incompetence or deliberate fraud.

On that medical report: 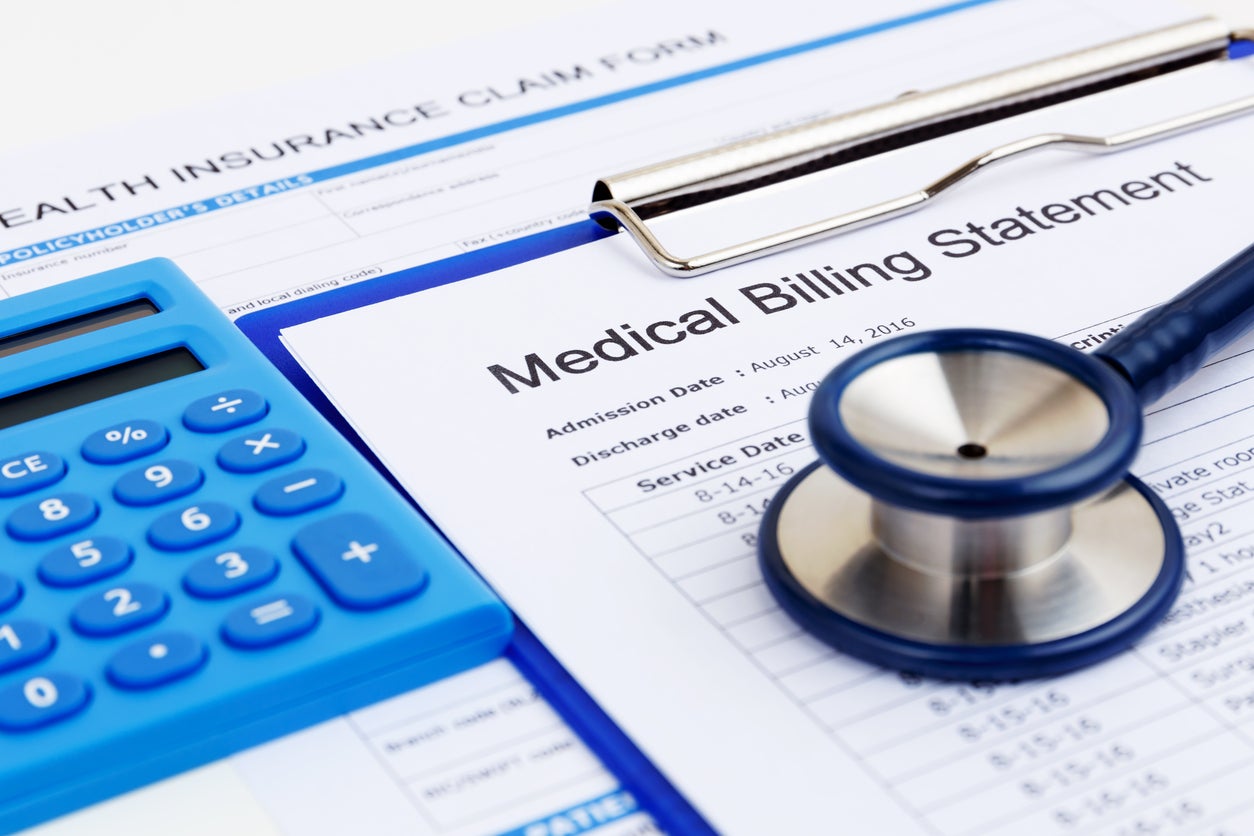 Even with medical insurance, you may end up with catastrophic debt as a result of your illness. Learn what you can do to avoid medical bill nightmares.

I once requested mine and found that there was actually an error; I’d applied for life insurance a couple years before and there was a note in my file saying something about screwy EKG results. I had copies of my EKGs from around that time, showed them to my internist, and he was baffled, saying “That’s essentially a normal EKG”. The note I saw mentioned some factor or another that was suggestive of someone who’d had a heart attack. It’s aged off by now, but it was a bit startling.