Mentalist stage acts: how do they do it?

And Houdini is surely something of a special case: Part of his act was the same sort of magic tricks that most stage magicians do, illusions that look like something other than what they are, but part of his act was exactly what it appeared to be, and was him doing things that were just plain difficult, like lockpicking or contortion.

Do you have a cite for that claim, Chronos? Which tricks of his relied on lockpicking and contortion?

His act included being locked on the inside of a steel box with padlocks on the outside. He TOLD his audience that he was escaping by contortion and lockpicking. This was not true. It was a conjuring trick, not an escape.

In my youth I was an amateur conjurer. I still have a cratefull of books instructing how to perform various magic tricks. This includes several of Houdini’s escapes. None of them required lock picking skill.

Are you speaking with any knowledge of the principles of conjuring? what is your experience in the field? Its possible that you know something I don’t, but what are your qualifications? 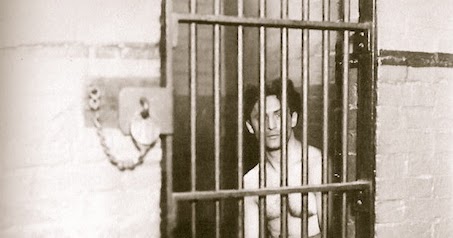 One of Houdini's most perplexing feats was his amazing ability to escape from any jail cell. In his early days, he billed himself a The World Champion Jail Breaker.

Are you claiming that wasn’t a magic trick? Can you explain how he did it?

Last nights episode of AGT featured a mentalist/magician who flat-out claimed to have psychic abilities.

Is it that Peter Antonou or something like that?

If you did not see the performance last week, he FULL BLOWN blew the trick during his performance. Sofia, one of the celebrity judges, reached into a hat filled with printed photographs. She reached in and said, “There’s no picture in here!”

This seemed to indicate she had reached into a hidden pouch he told her to in advance, but the picture was not in there. She pulled out another of the actually random pictures, but at that point, he obviously could not describe her picture to her. He claimed to lack psychic connection and moved on.

I initially assumed it was a setup, but he never came back to it and the judges asked. He said as a psychic person “he can’t get them all right”.

Dude messed up the trick and his stooge, Sofia, either messed up or the pic she was supposed to grab was not in there.

Here’s another link that describes the secret: he finagled a copy or impression of the key on an earlier visit, and managed via a variety of devices to smuggle it into the cell with him.