Methods for two people to communicate without being noticed

There’s a Heinlein story where the characters “play a card game” that’s a cover for their covert communication.

I remember reading a science fiction novel in which a husband and wife, part of the underground, communicated through fingertip pressure while holding hands, arms around each other’s waist, or one hand on the others shoulder. I wish I could remember the title. As I recall, the setting was a shiny dystopia in which gene manipulation had been perfected and children were lab designed. I think the underground was revolting against this (though I also recall the plot revolving around a “chosen one” embryo).

Long ago, one of my colleagues was sitting at his desk, extremely bored, so he rested his head on his desk and started tapping out SOS in Morse code with his pencil. No one noticed.

He claimed he did it for an hour, but I suspect it was more like 15 minutes.

"Gulf" is a science fiction novella by American writer Robert A. Heinlein, originally published as a serial in the November and December 1949 issues of Astounding Science Fiction and later collected in Assignment in Eternity. It concerns a secret society of geniuses who act to protect humanity. The novel Friday, written in 1982, was loosely a sequel. The story postulates that humans of superior intelligence band together, and keeping themselves genetically separate, create a new species. In the...

Perhaps not exactly what the OP wants, but one could use stenography to exchange secret messages

Steganography (/ˌstɛɡəˈnɒɡrəfi/ (listen) STEG-ə-NOG-rə-fee) is the practice of concealing a message within another message or a physical object. In computing/electronic contexts, a computer file, message, image, or video is concealed within another file, message, image, or video. The word steganography comes from Greek steganographia, which combines the words steganós (στεγανός), meaning "covered or concealed", and -graphia (γραφή) meaning "writing". The first recorded use of the term was in 149...

I remember reading a science fiction novel in which a husband and wife, part of the underground, communicated through fingertip pressure while holding hands,

My husband and I have a very simple code like that for when we’re visiting family. A squeeze of the shoulder, knee, or hand means “I want to leave” and the recipient (whose family of origin it is we’re visiting at the time) will find a lull in the conversation to announce that we should get going.

They were “just playing solitaire” but the sequences of cards could be used to encrypt very short messages (on the order of nine or ten characters).

I forget how they did it in the book, but it should be possible to do better than this. 52! is 8e67, and log2 of that is 225 bits. You only need 5 bits/char for effective communication, so you can encode 45 chars in a deck. With a simple Huffman code, you could probably average >60 chars/deck.

I don’t know when this is set, nor how old the coders are, but it just occurred to me that if your coders were older women, they might have been telephone operators, who remembered when each key (number) on a touchpad made a different sound-- pitch, that is. Two old-school operators with reasonable ability to distinguish pitches could work out a code based on this, with a long, two medium, or three short tones for the different numbers assigned to the same key.

They’d have to cough, or something, for Z, but since it’s not common, it probably would work.

If the people they were hiding from were so young they not only wouldn’t remember the sounds of the different keys, but maybe weren’t even aware of them in the first place, they’d probably never be suspicious,

Could you have one character reading a book and following the lines with his finger as if they are not a very proficient reader, the other character can see what tehy are doing and notes when he pauses on a word, or taps indicating the two word prior or some such code.

Might need some pretty decent glasses or a very large font on the book.

Or maybe doing a crossword really badly and writing in words to any box they fit so the other can see the badly done crossword
Or leave a sudoku puzzle where the numbers are a code, again the numbers don’t have to be a solution to the puzzle

Silly people, the Victorians had this all sorted.

Before the Victorian era, fans were prohibitively expensive and were most commonly used in the royal courts of Denmark and France. English women wanting them in the eighteenth and early nineteenth … 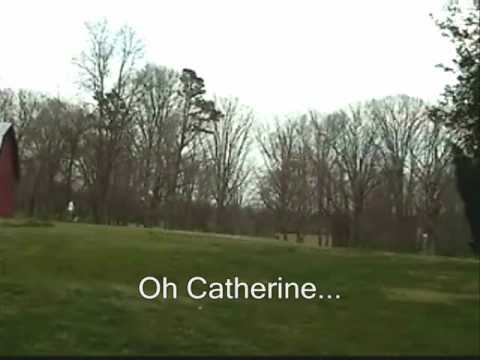 I cited this very link in a thread about movie and TV tropes. And yes, it is kind of silly that in a fictional emergency somebody always knows morse both on the sending and receiving end. But if two people are able to plan things out in advance (the OP doesn’t specify if this is the case in their scenario or not) then it seems like morse code would definitely be the way to go. Either by blinking or “nervously” tapping fingers. The OP discounts it as too complex or difficult, but why not? It’s how we communicated by telegraph, and people got very good at it.

But if two people are able to plan things out in advance (the OP doesn’t specify if this is the case in their scenario or not) then it seems like morse code would definitely be the way to go.

Real life, prisoners in melb.vic.au communicated by the much slower method of tapping out the alphabet (on the pipes). OK for ‘A’, much slower for ‘Z’.

Jeremiah Andrew Denton Jr. (July 15, 1924 – March 28, 2014) was an American politician and military officer who served as a U.S. Senator representing Alabama from 1981 to 1987. He was the first Republican since the 1960s to win a Senate seat in Alabama. Denton was previously United States Navy Rear Admiral and Naval Aviator taken captive during the Vietnam War. Denton was widely known for enduring almost eight years of grueling conditions as an American prisoner of war (POW) in North Vietnam aft...

Oooo if they are in a bar, how about communicating by jukebox?

There are lots of ways to communicate, especially if you know morse code or have pre-arranged signals in advance. The problem is, not many people know morse these days (I’m very rusty on it myself).

The latter method was used in a lot of magician-assistant communication in magic tricks. (Example: assistant covers a coin with a coffee cup or mug while the magician is out. When he comes back in, he can tell what coin is underneath. Secret: the value of the coin is signaled by the location of the cup handle.)

One magic trick I recall had the magician and assistant communicating by one simply holding the other from behind by the temples. It looks for all the world as if you’re using telepathy. What you’re really doing is clenching your jaw muscles – something that can be felt at the temples. You can send more code this way, and no one is the wiser.

Spycraft depended on things like this, too. One way was supposed to be to use specific ways of lacing up your shoes (don’t just alternate holes as you go up). You can communicate meanings simply by appearing in the same place together. You don’t have to talk, or to even get all that close. Of course, you have to have pre-arranged what the different lacings mean.

I never really bought the “sending messages with a deck of cards” as used in Heinlein’s “Gulf”. It’s surprising that , without pre-arrangement, the other person can dope out what you’re doing. It’s not trivial to interpret, even if you do know, and setting up the message would take, I suspect, a suspiciously long time.

The interior on the cover of many old books has always reminded me of Magic Eye pictures. If you knew it was one you could see it, if you didn’t know no one bother adjusting their eyes to look for it.

A simple inscription on it is excuse enough to stare at it for awhile and look innocent.

All kinds of subcultures use their form of Cant, and a lot can be said with no one else the wiser…which is the point.