Here. The 60 Minutes icon is gone. Wallace was a fixture on that show for seemingly my entire life.

“St. Peter, I have a few questions for you about last Thursday night. Now, you were an associate of Jesus Christ, were you not? Would you say you were friends with him?”

edit: I know he was Jewish; he’s just on assignment to Christian heaven.

Whoa. I thought he was older than that.

I think his first postmortem interview should be with Thomas Kinkade.

He had a cool life. I hope he left a memoir.

Is Rooney the last of the old guard still alive? [Yes I know he retired awhile back]

Is Rooney the last of the old guard still alive? [Yes I know he retired awhile back]

Mike was the voice of 60 Minutes. I always enjoyed his interviews. He’ll be missed.

On a just broadcasted review of his career I did not know that he was the announcer for The Green Hornet radio show. And he was first famous thanks to variety and game shows.

An on commercials, I’m still making a double take on this: 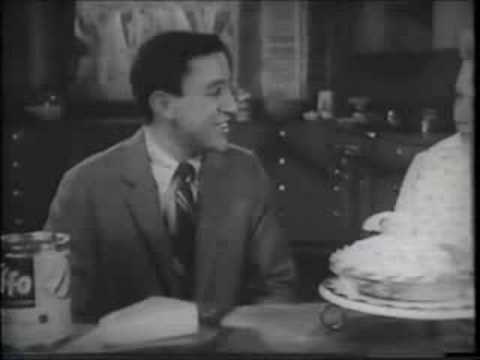 Golden Fluffo? By Procter and Gamble? It is a cleanser?

Nope, it is pie shortening.

Yeah all very funny. Now get you news via tweets because the good reporters are all dead or unwanted.

Mike was a classy guy…of course, like all humans, he had weaknesses. He conveniently forgot his days shilling for the cigarette industry.
At any rate, he narrated a documentary called “The Race For Space”-it was made in the late 1950’s. He narrated it in his terse style-I have been looking for it.
Anybody know where it is?

Morley Safer is the Highlander, or at least the winner of the 60 Minutes tontine.

They were showing some old pictures of him on the news last night and I couldn’t help but think that in his younger days, when his face was a little chubbier, that he kinda looked a little like Jerry Mathers.

Dan Rather is still around, although he wasn’t there full-time from the begining.

I respected him for speaking out about his very difficult struggle with depression in order to decrease the stigma of mental illness. I remember my mom, who also had depression, was very moved by what he said.