What a gamer, right? Zimmerman is DC baseball.

‘Somebody on Reddit’ isn’t a great source, but they were saying the LA Angels are going to get rid of the rocks in the outfield?

I really hope not, I like that stadium and all those changes they made when they remodelled after the Rams left and the Angels didn’t have to share it with football.

The Cubs used an incredible 69 players during 2021, setting a new MLB record. They had a rash of late COVID positives, and even on the very last day of the season, two players made their season debut.

Backup catcher was an especially volatile position, as the Cubs cycled through Tony Wolters, Austin Romine, P.J. Higgins, Jose Lobaton, Taylor Gushue, Robinson Chirinos, Erick Castillo, and Tyler Payne. No word on whether any spontaneously combusted or died in a freak gardening accident.

The good news for former Cardinals pitcher Roel Ramirez is that he’s consistent. He had the same ERA in each of his first two big-league seasons. The bad news is that his ERA in both cases was 81.00. He suffered an unfortunate debut against the White Sox on August 16, 2020, giving up four consecutive home runs and six runs in two-thirds of an inning. He returned to the majors on June 30, 2021 and gave up three runs in a third of an inning. He has since been released by the Cardinals and pitched poorly in AAA for the Mets and so may not have much of a future.

He has since been released by the Cardinals and pitched poorly in AAA for the Mets and so may not have much of a future.

He’ll be on the Mets roster come Opening Day.

If past is prologue, Wainwright as a starter has been clobbered in big games; Scherzer has been stellar almost always in innings 1-6. I think the Dodgers beat the Cards by jumping out to a big lead in the first six innings.

The Giants are gonna be an entirely different beast for the Dodgers. I was bullish on LA two weeks ago but less so now. I think the Giants are legit.

I think the Giants are legit.

Way to go out on a limb.

I can almost agree with you because winning 107 games just might make a person think they’re a decent team. 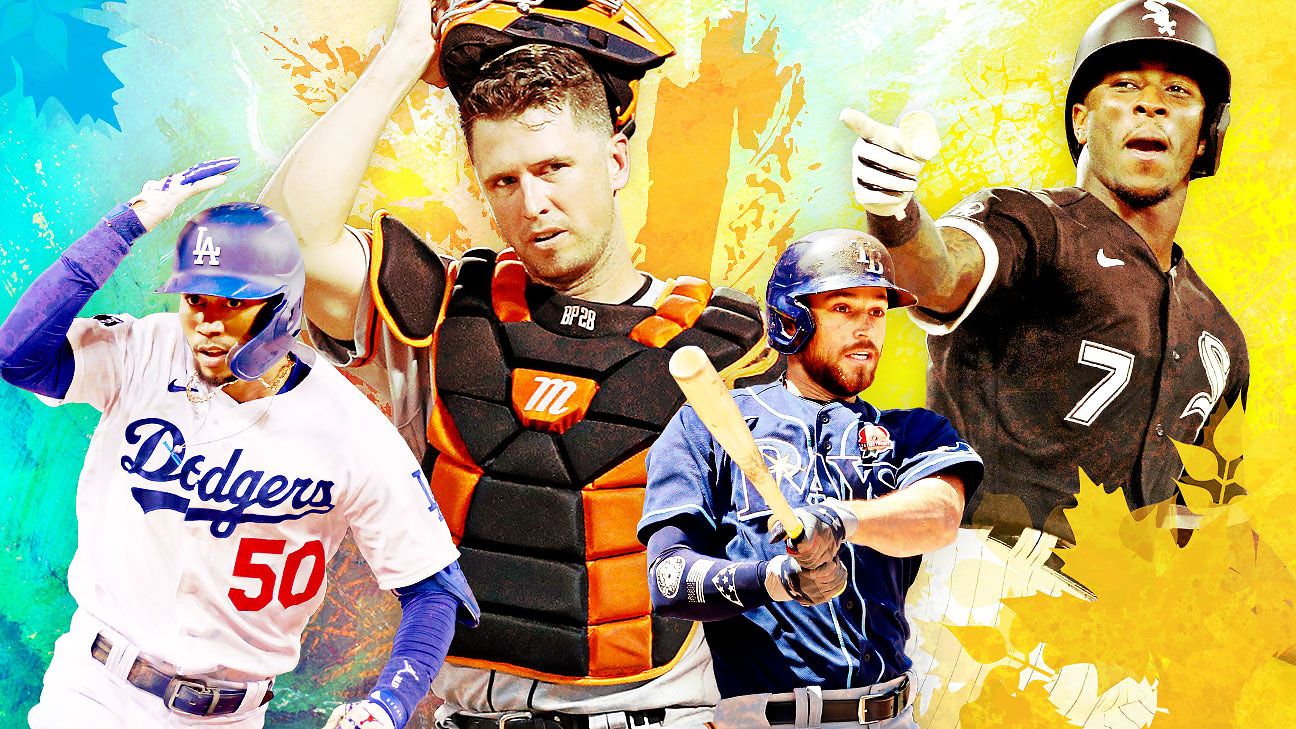 Dodgers-Giants NLDS is set: Everything you need to know about the 8 remaining...

From best (and worst) case scenarios and odds for every round to bold predictions and big names to know, our baseball experts break down the postseason field.

ESPN ‘experts’ really down on the playoff chances of Boston and New York. Wait till ESPN management reminds them who butters their bread.

I was bullish on LA two weeks ago but less so now. I think the Giants are legit.

The Nationals nominated Max Scherzer for the 2021 Roberto Clemente Award despite the trade, and Max’s wife Erica (Erika?) assured the DC community that they will continue to give generously to the area no matter where they end up.