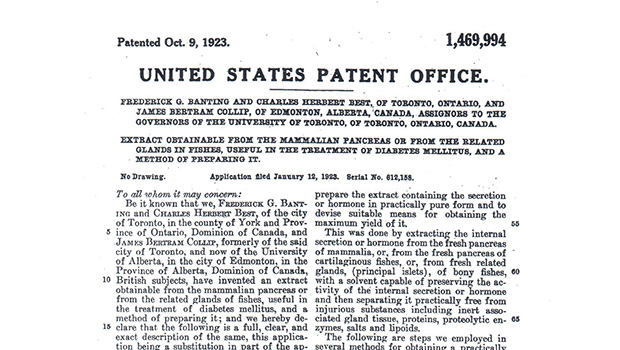 Selling a Lifetime of Insulin for $3 | Insulin Nation

Unlikely since hardly any research is funded or owned by the researchers anymore.

More recently, in the 1950s, Salk refused to patent the polio vaccine at all.

The CDC holds several patents which were taken out for the purpose of ensuring free free access to researchers working on certain critical public health measures such as an Ebola vaccine.

Not all CDC patents are fee free to researchers. But the CDC restricts membership to its Advisory Committee on Immunization Practices (ACIP) so that those making decisions about how the CDC licenses its patents is not tainted by those holding a financial interest in vaccine production. For those patents the CDC chooses to collect royalties on the earnings help fund programs providing vaccines to the poor and underserved.

The human genome was sequenced by a public consortium and by a private company Celera in 2001, with the public release of the genome absolutely hammering both Celera and other private gene database companies who aspired to ownership of sequence data at the time.

The public effort was led by a few people across the world but the person who really championed free and open access to the human genome was Sir John Sulston, who sadly died earlier this year. Without his drive to keep everything open and in the public domain the public effort wouldn’t have worked, and a very different landscape for biomedical research could have emerged [e.g. you cannot now patent a gene in the US - supreme court decision of 2013. If private enterprise had owned the genome from early 2000s and built up huge IP tonnage then things might have been different].

The Michael J. Fox Foundation is funding a lot of research toward curing Parkinson’s Disease. If/when their research bears fruit, I expect they will leverage the resulting patent for optimal public good. That may mean licensing it to pharmaceutical manufacturers for free, or licensing it for a fat fee that gets used to fund further research and/or help pay for the drug for people without adequate health insurance.