They pretty much all do it to some extent, but certain shows are clearly written specifically with the emotional manipulation of the audience in mind. They’re trying very openly to make you cry.

Some examples:
Flashpoint: I watched the first couple of seasons of this long ago on Netflix or some other streaming service, but anyways, huge offender here. Every episode starts like a typical police procedural, but in the end the “bad guy” is never really a bad guy, there’s always some huge melodramatic circumstance for why they’re being a dick at the beginning. Everyone in this show has a tragic life.

Cold Case: I describe this show to my wife as the “old people police.” Pretty much the same deal as above, only their perps are almost always elderly, and they go out of their way to throw suspicion at really “bad” characters, but it’s very predictably always one of the “nice,” cooperative witnesses they interview early in the episode. And every single case has some direct or indirect tie-in to something in one of the investigators’ lives, e.g. victim got run over? What do you know, same thing happened to Detective Valens’ wife! Let’s rehash it, shall we?

A prominent feature in both of these shows, that is often a dead giveaway you’re watching one of these shows: at the end of every episode is a “music video” montage epilogue, generally to some sad pop song. Sarah McLachlan is an extremely popular choice for this.

What are some other shows you’ve seen that are heavily into emotional manipulation?

“This is Us”. I was into it for a while, but the tear jerk scenes were so ubiquitous it became ridiculous.

Don’t know if by “show” you mean only fiction, or if reality TV counts as well, but I am sick and tired of the sob stories by contestants on talent shows, such as singers.

Yeah, the whole tear-jerking back stories thing is getting a little old. I found it annoying when they started doing it throughout the olympics. I noticed even American Ninja Warriors is getting in on the act now.

If you change “sad” to “scared”, I submit FBI: Most Wanted. In my opinion, the SOLE purpose of that show is to terrify middle-America and old people. Every villian is the most heinous, vile, ruthless, sociopathic person ever - until next week’s episode. Home invasions where people are tortured and killed, or tortured to death, or randomly shot, or non-randomly shot, and all done in the most callous manner possible, is the standard plot. If Americans aren’t hiding in the basement with all their guns, demanding the police DO SOMETHING right now, and damn the librul constitution, the show has failed.

I also maintain 24’s purpose was to emotionally manipulate America into believing that giving up freedoms for safety is the best way. The ends justify the means, you’re either with us or against us, and I have to cut this child’s head off with a pen knife or MILLIONS OF PEOPLE WILL DIE!

As for sad, Ghost Whisperer. It got me every time. What a manipulative show - and such small portions!

911 and its offspring, 911 Austin, are very guilty of this. First off, the emergencies that put the firefighters in danger and routinely injure and sometimes even kill them are pure cartoonish disaster porn in which the shows keep topping themselves with ever larger-scale and more outlandish events-- Earthquake! Wildfire! Tsunami! Volcano! Giant dust storm! Space alien attack! (ok, they haven’t done the last one…yet). One episode had a bus crash into an office building-- only it couldn’t be that simple, it was many stories up, sticking out of the glass windows and teetering (it had run off the edge of a raised freeway).

Then there are the various soap-opera style conflicts and problems with the firefighters and their loved ones off the job, all set to tear-jerker emo songs played in the background.

Jenji Kohan’s shows, I’m thinking specifically of Weeds and Orange is the New Black, seem to frequently guilty of this. Her style seems to be for the show to seem comedic and lighthearted at one moment, and then shock the audience by having something incredibly tragic suddenly happen.

America’s Got Talent, Britain’s Got Talent, all that sort of show really dig deep into the pathos. They tend to reward the most heartbreaking stories, not necessarily the best talents.

Deeper exploration here takes a look at how music is used in all reality shows to manipulate the viewer’s emotions. I know, in a sense, this is what TV and film music is actually for, but there are ways to be tasteful about it, and other ways not so much. 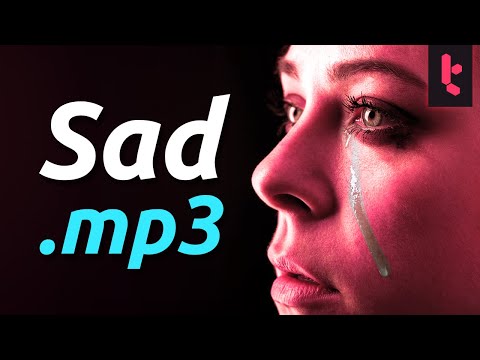 eta: what Velocity and Hampshire said.

If I like upbeat fantasy TV shows Early Edition, Being Erica, Eli Stone, and Highway to Heaven...? Cafe Society

I’ve also loved Twice in a lifetime (obscure Canadian series); Quantum Leap; and the Wonder Years. Like: Light and mostly upbeat; you can count on crying (happily) at the end Poetic narration at the end (Wonder Years, 80s TZ episodes) is a bonus Heavy handed lessons very welcome; as are simplistic plots. Dislike: Overt, pushing Christianity. Touched like an Angel would be my #1 show of all time if they removed all the over the top jesus references (“I’m here to tell you that Jesus lobes yo…

For me it was Extreme Makeover: Home Edition.

Really sad when you read how few people actually get to keep those houses.

“This is Us”. I was into it for a while, but the tear jerk scenes were so ubiquitous it became ridiculous.

Same here. After the nineteenth time of … OH NOES!.. I just gave up. Couldn’t take it any more.

Yeah, the whole tear-jerking back stories thing is getting a little old. I found it annoying when they started doing it throughout the olympics. I noticed even American Ninja Warriors is getting in on the act now.

I would rather watch an episode of American Ninja Warrior with 100 competitors who don’t even get past the first obstacle, than to have to watch all the glurgey sob stories.

Don’t know if by “show” you mean only fiction, or if reality TV counts as well, but I am sick and tired of the sob stories by contestants on talent shows, such as singers

I remember learning that the sob stories about these contestants may have absolutely zero basis in reality, to boot: A contestant also agreed, within the context of the show, to let the producers “reveal and/or relate information about me … of a personal, private, intimate, surprising, defamatory, disparaging, embarrassing or unfavorable nature, that may be factual and/or fictional.”

Is this still true ? Dunno. Wouldn’t surprise me, though.

Agree on “This Is Us.” It’s wearing very thin for me. When I want a good cry, I watch the TV news.

Queen For A Day?

The ads for the Shriners Hospital?

Queen For A Day?

This. A great-aunt of mine used to watch this every day, then come over and tell us all about it. Disgusting.

The ads for the Shriners Hospital?

Evil (they constantly endangered the kids, which is a no-no)

I cry at the finale of any good series I have watched and loved. Comedy or drama, Northern Exposure, Lost, Mad Men, The Wonder Years…as for one particular show, PBS Call the Midwife - I cry buckets at the end of every show, whether it is a happy or tragic ending. (the books are even more heartbreaking).

Zoey’s Extraordinary Playlist is giving me a run for its money. I’m crying pretty much every episode at this point. For one, they’re cheating - they have music, which makes you feel everything a thousand times harder. But I don’t resent them for it, because it doesn’t feel contrived.

We watched Season One of This is Us, and I don’t think we have the emotional stamina for any more of it.