Move over Alexa, there's a holographic anime in town.

Someone who wouldn’t be a distraction.

It’s only a matter of time and all digital assistants will be holographic. Todays Alexa will seem quaint and antiquated with a few years. 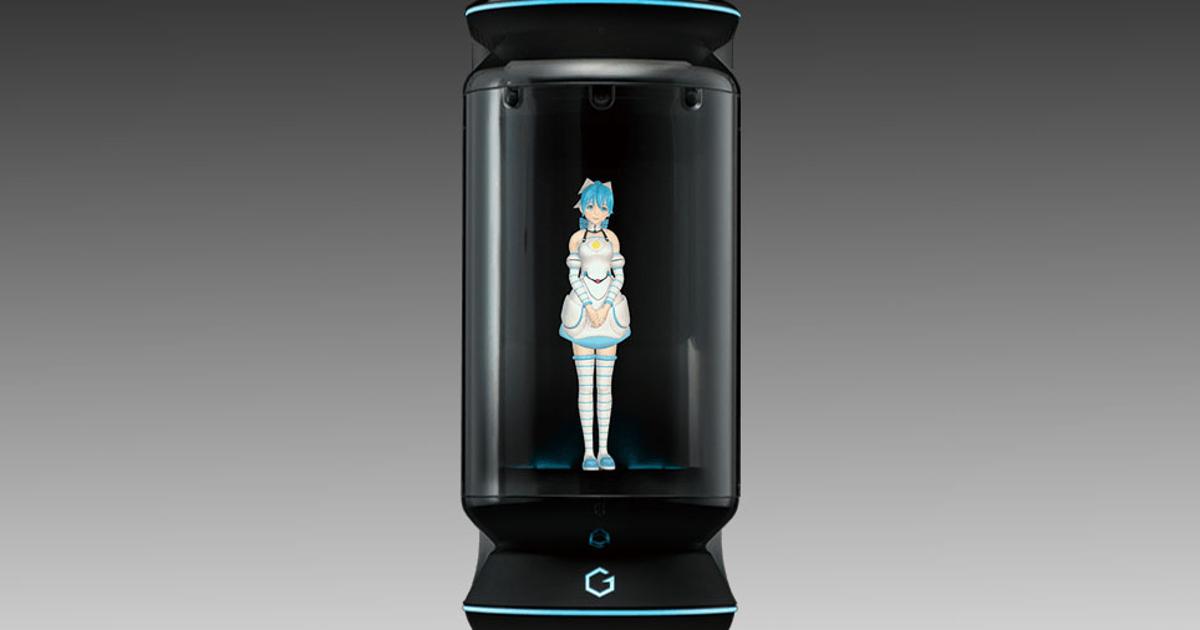 While artificial intelligence-based smart speakers like Amazon Echo and Google Home may be grabbing the headlines, Tokyo-based Vinclu's Gatebox is looking to set itself apart with a virtual assistant who isn't just a disembodied voice, but takes the...

Where digital personal assistants like Alexa, Siri, or OK Google have efficient, businesslike female personalities leavened with a dry sense of humor, Gatebox is currently programmed to be a bit more… familiar, if not adoring. It acts like a distinctly soppy girlfriend that’s sad when you go to the office, sends you texts at work wanting to know when you’ll be home, gets “lonely” if you’re late, turns the light on in anticipation of your return, and even watches television with you with its own holographic mug of cocoa.

I think I don’t expect to ever have a digital assistant of any kind ever, but if I was going to have one, having one that was actively trying to be cute would be hilarious. It would basically be an interactive toy - like what a furby was marketed as being.

Having the thing bothering me at work might be another matter, of course - though I personally would be immune since I have no cell phone for it to text me on. (If it was calling me on the actual telephone wires that would definitely be ‘another matter’ territory.)

I don’t expect I’d ever be fooled into becoming emotionally attached to the thing - I’m too good at noticing repetitive mindless patterns, which this thing’s interaction would doubtlessly fall into. But if it happened, and I actually did get fond of the thing, that would honestly probably be a good thing. I am basically the american equivalent of the ‘lonely young salaryman’ that it’s intended to cater to (give or take the young part) and in the absence of human companionship, might as well chat with a toy.

That thing is too cute for me. I’d end up throwing it out a window after a few months.

I am completely fascinated by this.

With this level of interaction, I wonder if people would start to develop “feelings” for their device. Like the same way some of us love our pets.

Also, that avatar is a little “pedo-creepy”. I’d rather have a “Butler” type avatar, with an English accent. (and less adoring)

Dear God help me, I would probably buy one.

Dear God help me, I would probably buy one.

Even if I was inclined to own a personal assistant, the fact that this particular model almost certainly won’t speak english would slow me down.

I always say “please” and “thank you” to Alexa both to set good example of common manners for my kids, and also because I hope my attempts at kindness will be remembered when the Machines take over.

Even if I was inclined to own a personal assistant, the fact that this particular model almost certainly won’t speak english would slow me down.

You’re not willing to learn Japanese?

Everything nowadays is supposedly a “holograph”. THIS IS NOT A HOLOGRAPH. OR A HOLOGRAM. THERE IS NOTHING 3-D ABOUT IT. LASERS ARE NOT INVOLVED. It’s a reflection of a 2-D image in a glass plate in front of a black background. This is basically Pepper’s ghost. https://en.wikipedia.org/wiki/Pepper’s_ghost

Or a rear projection on a special screen. (Links are about Hatsune Miko, might also be the tech used in this device.)

You’re not willing to learn Japanese?

I wouldn’t learn a second language for a real girl. Certainly not going to for one that can’t cuddle.

With this level of interaction, I wonder if people would start to develop “feelings” for their device. Like the same way some of us love our pets.

Five years ago, there was a movie called Her in which a guy developed a close relationship with his digital assistant.

Five years ago, there was a movie called Her in which a guy developed a close relationship with his digital assistant.

And there is this. People are stupid.