I’ve always planned that, if in an alternate future I become a movie director/writer, I will create a film that begins as a lightharded romantic comedy, and two-thirds of the way through, suddenly switches gears as Cthulhu rises from the abyss to wreak havoc on mankind.

I don’t think any popular director will ever have the balls to pull something like that, but I was trying to think of major movies that change focus radically halfway through.

The best example I can think of is (spoilers, in some way, but a pretty well known one, but I guess you’ll have to risk it, since I can’t say the name to tell you what’s being spoiled!)

Million-Dollar Baby, which switches from a standard athletic rising-to-the-top story to a deep emotional story halfway through

Are there any other examples of movies that essentially switch genres out of the blue?

From Dusk 'Till Dawn does a pretty sudden shift from a crime/getaway/hostage thriller to a vampire horror flick.

It wasn’t a course-change, but FULL METAL JACKET seems like two movies put together.

But then, since Kubrick’s on my mind, there IS A.I., with the Kubrick substance & the Spielberg ending.

It starts out as a light, quirky, surreal, romantic comedy and suddenly (with a bang) switches to a very, very, dark comedy. So, still technically a comedy, but you will be shocked at the big swerve if you see it.

I haven’t seen it in decades and I would dearly love to find it and see it again someday.

Red Eye follows a lot of the conventions of a romance movie at the start with its “meet cute” between the two leads. Designed to make the sudden shift in tone more effective.

From Dusk 'Till Dawn does a pretty sudden shift from a crime/getaway/hostage thriller to a vampire horror flick.

And it had Salma Hayek.

I don’t know of any movies that change genres so unexpectedly, but there are lots of films that change direction pretty significantly. Executive Decision starts off as a Steven Seagal action flick and

they kill him off in the first few minutes. And he DOESN’T come back. I’m amazed that they did it, and that he agreed. But it significantly changes the course of the film. More than killing off another character in an unexpected way in Deep Blue Sea did. 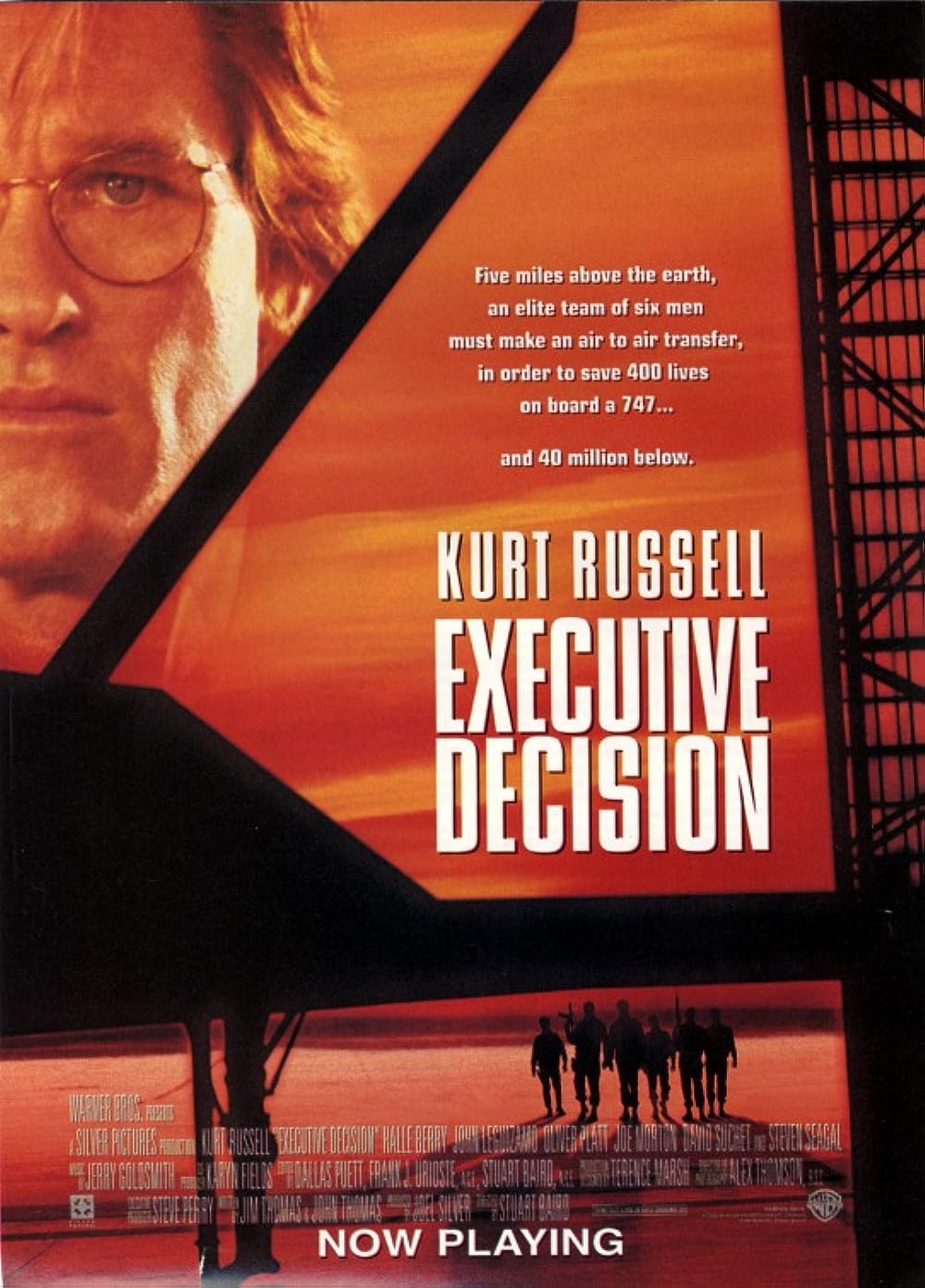 If you didn’t know about it (But of course everyone does), The Matrix starts out in such a way that you wou;ldn’t guess what it’s really about.
In a different way, Albert Brooks’ Lost in America ends up being about something different than it initially sets you up for. http://www.imdb.com/title/tt0089504/

The Japanese Film Ôdishon / Audition takes a very abrupt turn from comedy to horror. I’m still not over it.

**The Great Waldo Pepper ** (1975) with Robert Redford begins as a sort of screwball comedy and half way through takes a 180 degree turn and becomes a dark, dark movie. When I saw it in a packed theater there was an audible gasp followed by total silence after the key moment midway in the movie.

Something Wild (1986, Jonathan Demme dir.) starts out as a screwball comedy and rather abruptly becomes a crime thriller.

School Daze (Spike Lee) and The Nasty Girl (Michael Verhoeven) start out as comedies and turn into political diatribes. Um, they both have exactly the same ending.

Well, Roberto Benigni’s “Life Is Beautiful” is a quirky, screwball romantic comedy for the first half, before turning into a somber tragedy.

The Bird Cage starts out funny and then later isn’t. More specifically, the first half is light, fast paced and fun to watch with Robin Williams’s character teaching the Nathan Lane character how to be a manly man. Also has great minor character performance from Hank Azaria.

And then the dinner scene which drags on endlessly and you’re watching a different movie, constantly waiting for something just a little bit interesting happen which never does. I’ve never seen a movie lose that much momentum.

I thought a good deal of the movie was making fun of itself. It had a very comedic edge to it (which was the only thing that made it watchable, IMO), but then at the end, it gets all serious for the last ten minutes or so.

The Forgotten starts out as a decent crime/disappearance thriller and then turns into the worst movie ever made.

Great examples… here’s my piss-poor one.

“Undead” starts as a zombie movie and then becomes more of a sci-fi alien flick before getting back to the zombies.