Movies that take place over a few hours

I’ve been re-watching some of my favorite movies and I have found that most of them take place during a single day, night or a few hours.

I just finished Bill Murray’s Quick Change and it is my favorite Murray movie. It’s a shame he didn’t direct anything else since then.

Other such movies on my list include the underrated After Hours by Martin Scorsese. The Neighbors with John Belushi and Dan Akroyd, Falling Down, Die Hard, Adventures in Babysitting.

I’m sure I’m missing some others.

The Johnny Depp film Nick of Time plays out in real time.

Depending on your definition of “few”, Ferris Bueller’s Day Off.

Richard Linklater’s first four features (Slacker, Dazed & Confused, Before Sunrise and subUrbia), all take place within a short period, between 12 and 24 hours. Kevin Smith, for whom Linklater was an artistic role model, did the same on his first two features, both of which played out over opening hours of a convenience store and a mall, respectively.

Glancing at my BluRay rack, I notice that a lot of horror movies take place over one night, which kind of makes sense. Take slasher flicks: especially in the franchise-heavy 80s flicks, many of them take place over one night of mayhem, with the Final Girl vanquishing the killer before dawn. Almost all of the Friday the 13th movies follow this pattern. Evil Dead 2’s tagline is even “Dead by Dawn” and Night of the Living Dead, well, there you go.

Some action movies as well take this route, when they limit the geography of the plot. The Raid is set inside one apartment building and follows a police action from beginning to end. Dredd is similar, though it has somewhat of a distinct first act, and while I think it’s a fantastic movie (and, having been shot in 3-D, not just converted to it later, is one of the sharpest looking discs I’ve ever seen) is basically The Raid (slight return).

If you’re talking about movies that play out ostensibly in “real time” à la any episode/season of 24, the pickings get slimmer. The second half of Glengarry Glen Ross comes to mind, which is just one continuous scene playing out for an hour (based on the second act of the play, which only had one scene).

LAPD officers Jack Traven and Harry Temple thwart an attempt to hold an elevator full of people for a $3 million ransom by an extortionist bomber, later identified as Howard Payne. As they corner Payne, he takes Harry hostage. Jack intentionally shoots Harry in the leg, forcing the bomber to release him. Payne flees and sets off the bomb, seemingly dying in the process. Jack and Harry are praised by Lieutenant “Mac” McMahon, with Harry being promoted to detective. Having survived the incident, however, Payne watches from afar.

The next morning, Jack witnesses a mass transit bus explode. Payne contacts Jack on a nearby payphone, explaining that a similar bomb is rigged on another bus, which will activate once it reaches 50 miles per hour (80 km/h) and detonate if it drops below 50.

So basically it takes place over 24 hours. 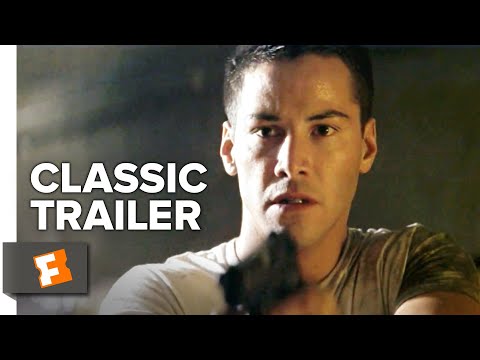 My Dinner with Andre, Rope, and A Hard Day’s Night all take place in under 4 hours.

Those 20 minutes recur several times over the course of the film, each time with slightly different events.

The Boys in the Band takes place at a birthday party.

the underrated After Hours by Martin Scorsese

Not by me it isn’t. It’s one of my favorite films.

All three of Linklater’s Celine and Jesse films (Before Sunrise, Before Sunset, and Before Midnight) take place over a few hours.

Clerks is a day.

Into the Night is a quirky little film by John Landis that takes place in less than 24 hours. Jeff Goldblum, Michelle Pfieffer and most of Landis’ director friends star.

Fail Safe. The time it takes for jet bombers to travel from Alaska to Moscow.