Maybe not the best title, but…

My question is; what thing, video, magazine article, presentation, what have you, caused a little click in your head allowing you a sudden better grasp of something in science. It could be in any area of study, be it physics, biology, medicine, geology, just to name some.

I don’t mean that you necessarily grasp the full meaning of something, just a little better, perhaps allowing you to progress further as time goes on.

I was watching a video from Fermilab featuring Dr. Franklin (sorry no link, can’t seem to find the specific video now). He was talking about … I can’t remember now, it was a while ago. The good Doctor said something that was supplemental to the main topic. We already travel through the universe at light speed through four dimensions and the reason we can’t seem to achieve light speed velocity in the three spacial dimensions boils down to fighting the inertia(sorta, I’m paraphrasing a probably inaccurate memory) of the entire universe.

So, what was it for you, and what area of science?

My high school biology teacher was crap. Years past giving a shit if she ever did to begin with. And I hated bio classes and, by extension, thought I hated biology.

That’s right. Beautiful, elegant, bizarre, fascinating biology. The big and small of everything around us. Hated it and thought it was a boring slog. So when I had to take a bio 101 class in college, I figured I would just… get through it.

The first day, the prof, who was the polar opposite of my high school bio teacher, wrote the summary equation for photosynthesis on the board. Which, by the way, never ever came up in high school. And it was so simple and balanced and amazing, I was hooked. I loved that class, fell hard for science, took bio classes as electives, signed up as a tutor and supplemental instructor, and so on.

It wasn’t just that, of course. Having a prof who clearly loved science and was as excited by it as anyone should be when describing the actual real microscopic incredible processes that are going on inside you right now and how nature fits together and all the glorious and weird things that actually exist for real in this world… well, that played a big part. The equation on the board just sort of marked the beginning.

I’ve thought for years about getting it as a tattoo, but have both struggled with the design and am not that set on the idea of getting any tattoo at all. Maybe I will one day.

My trig teacher said “OK, you know what a radius is. I’m drawing a circle here on the blackboard and here’s the radius, right? Well pretend it is made out of string. And I’m lifting it up and now I am draping it around the outside and where it comes to an end here, that’s a radian. Know how many radians there are in a circle? Two pi of them. Aha, right?”

PBS Space Time taught me more about Physics than teacher or professor…. And without the heavy math.

I have this memory from when I was a kid in Elementary school, in the 70s: we were occasionally shown these science cartoons featuring, I believe, Looney Tunes characters, though I can’t find anything with a cursory googling. It may have been some other cartoon franchise, but I seem to remember Bugs Bunny and Daffy Duck doing stuff like playing pool to show how geometry works and stuff like that. Maybe it was Disney?

I had been fascinated with the relativity of time from a very young age, like 9 years old. How, if one twin was a spaceman who traveled in a ship going near the speed of light, when he returned to Earth his brother would be an old man while the astro-twin would have barely aged at all.

Anyway, I have a dim memory about a cartoon I watched about time relativity that really clicked for me WHY time is different relative to the observer. Though it’s possible I may have conflated a description I read with those old science cartoons.

Basic concept: Let’s say Bugs Bunny is watching a train go by while in an open boxcar Daffy Duck is dribbling a basketball in place. From Daffy’s perspective, the basketball is bouncing straight up and down. From Bugs’ perspective, the basketball is not only traveling straight up and down, but horizontally, taking a diagonal journey which takes slightly longer from his perspective. This led me to a ‘Eureka’ moment-- when you travel near the speed of light everything, down to the blood in your veins and the electrons in your brain, are taking a much longer journey from a stationary observer’s perspective.

Does anybody else remember those old science cartoons, and specifically the relativity one with the basketball in the boxcar?

Did pretty good in high school mathematics but had zero exposure to calculus. My pre college test scores placed me into a calculus 101 class that I just couldn’t grasp. When not applied to anything it all seemed completely abstract to me and I couldn’t get my head around it.
After dropping the class I took “calculus for finance” or “accounting calculus” the next semester. Once the numbers meant something in dollars, cents, return rates, depreciation, etc. it all just clicked for me and I aced the class.

but I seem to remember Bugs Bunny and Daffy Duck doing stuff like playing pool to show how geometry works and stuff like that.

I loved that one! We saw it in 5th or 6th grade

Cool, I’m glad someone else remembers it! Do you remember, was it Looney Tunes-based with characters like Bugs and Daffy, or was it Disney-based with Donald Duck and some other character (I don’t think Mickey, he was too famous at that point to stoop to a public-service science cartoon

Do you remember, was it Looney Tunes-based with characters like Bugs and Daffy, or was it Disney-based with Donald Duck and some other character (I don’t think Mickey, he was too famous at that point to stoop to a public-service science cartoon

In my faded memory it was Disney-based, but I could be wrong. Googling should tell you (I’m on my cell phone and in a rush or I’d do it). 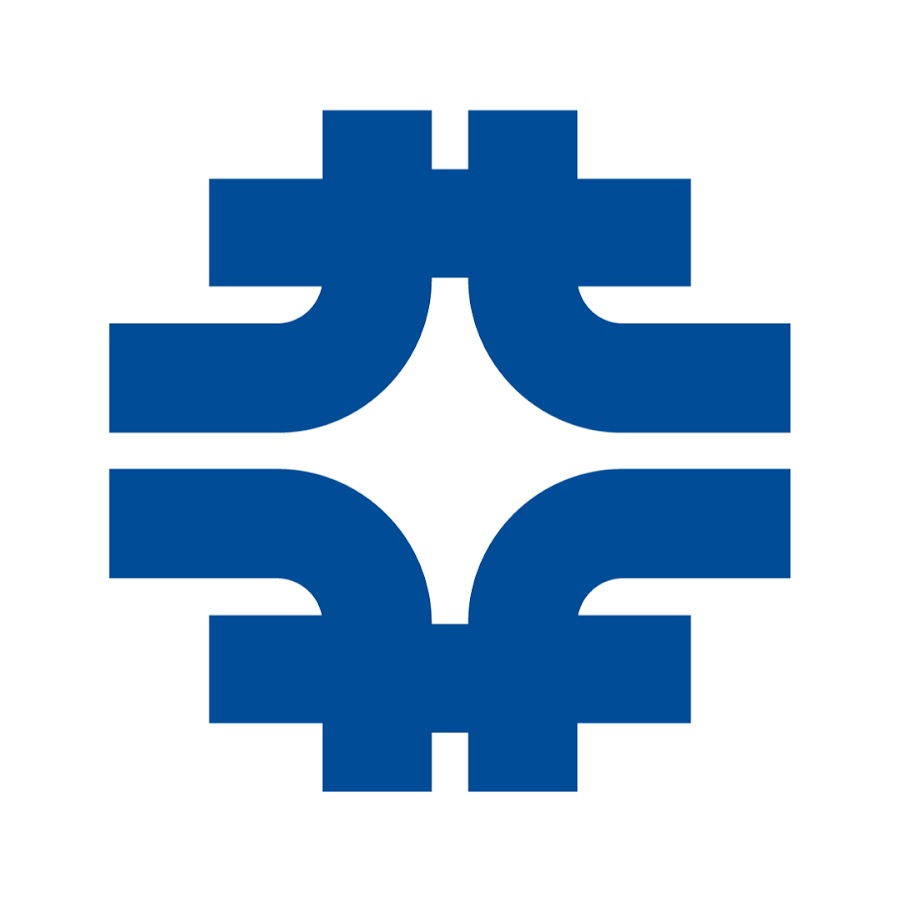 Does anybody else remember those old science cartoons, and specifically the relativity one with the basketball in the boxcar?

Yes! I absolutely remember that, and that it finally made time dilation make some sense to me. We had to write a little paper about the movie after we saw it, and I remember I got an S+. (We had a weird grading system. S was “superior”, the highest grade you could get.) The teacher asked me to read my paper to the class.

I also remember the one that used a pool table to illustrate geometry concepts. I’m not sure if it was the same cartoon or a different one.

Lincoln! 🤦 Graugh! I do that every single time with his name. I don’t know why I always want him to be Franklin.

After dropping the class I took “calculus for finance” or “accounting calculus” the next semester. Once the numbers meant something in dollars, cents, return rates, depreciation, etc. it all just clicked for me and I aced the class.

One of the best things Carl Sagan ever wrote is “Starfolk: A Fable”, a chapter in The Cosmic Connection. He recounts the Big Bang, and the evolution of the universe and the solar system, and the development of life on Earth, all in the style of a children’s fairy-tale.

When I was a freshman in college, studying English literature and religion, I was a huge liberal arts snob. Science was soulless, reductionist, and led to the atomic bomb. Philosophy, religion, the arts; those lifted the eyes, raised the heart, and ennobled the soul. If I could have, I would have foregone any math or science classes.

Unfortunately, my school’s basic education requirement mandated a certain number of hours in science. So I dragged myself to a general survey course, covering the broad outlines of quantum physics, cosmology, and relativity. Where one symposium was a video that featured a shot of the central building at Fermilab, which dissolved into the nave of the cathedral at Chartres; the lab was modelled after the cathedral.

My brain exploded. Seeing that shot, I realized that the physicists and astronomers were doing exactly the same thing as the poets and philosophers - trying to grasp the infinite; searching for the answers to the fundamental questions.

I almost staggered out of class that day; my mind was blown. I devoured the rest of the science classes in the required curriculum, and even took a “Chemistry for Non-Chemists” class from the head of the department. I started reading popular works on physics and cosmology - The First Three Minutes, A Brief History of Time - then branched out into other sciences, such as John McPhee’s geology books and Stephen Jay Gould’s essays on evolution.

I never could grasp math well enough to tackle real science, and I did end up getting my degree in Literature; but I came out of college with a basic literacy in science, an understanding of the importance of the scientific method, and a deep appreciation of the creativity, passion, and beauty of the endeavor.

Hey, @Slow_Moving_Vehicle, great well-written post! Here’s an article about the Central Laboratory building at Fermilab being renamed in 1980 after Robert R. Wilson, the first director of Fermilab. This is the pertinent part:

[Wilson] also is recognized as an accomplished artist-sculptor and an articulate spokesman promoting the important parallels between aesthetics and science.

Dr . Wilson personally suggested designs and supervised construction of all Fermilab facilities. The design of the twin-towered Central Laboratory Building was patterned by Dr. Wilson after a cathedral at Chartres, France.

There are indeed important parallels between aesthetics and science. We see it all the time in the beauties and symmetries of nature and natural structures and the elegance of many of our scientific theories.

Lincoln! 🤦 Graugh! I do that every single time with his name. I don’t know why I always want him to be Franklin.

FWIW, now that you mention it, he does look more like a Franklin.

I became interested in botany through hiking, because I wanted to be able to identify the trees and plants in my area.

Looking at night skies while meteor watching led to my interest in astronomy.

Not sciences, but I took an interest in history and civilizations after seeing the Antikythera mechanism on some TV show.

Thank you all for posting, I love this sort of thing! Very inspirational; these stories fuel my desire to be a better teacher.

As has been mentioned up-thread, Carl Sagan is a great source of clear ideas and explanations. His Cosmos TV show in the 1980s helped me understand astronomy, cosmology, and even biology in ways I never had before. From time to time I rewatch his “Pale Blue Dot” when I feel the need for chills.

“Pale Blue Dot” when I feel the need for chills

I love the picture of the same name and inspiration(been so long since I’ve seen any Carl Sagan though). So awesome, in the classical sense and humbling

As far as being a better teacher, yeah, the best ones are the ones who showed passion for the subject being taught and the art/science/craft of teaching 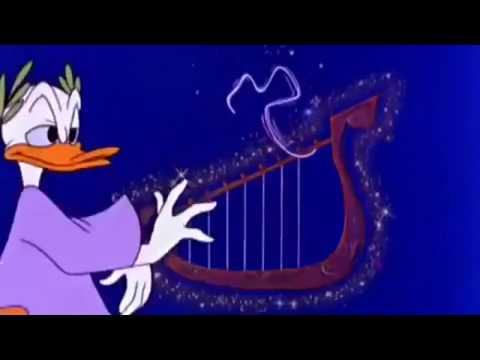