IIRC, he was also a wife beater and a dead beat dad. I believe Brett is the only one of his kids who will even talk to him, and even they aren’t all that close.

Considering that a lot of Russian players have family over there, they probably aren’t too eager to start pissing off Putin right now.

Fair point - a scary one, too.

First of all, I definitely like monthly threads, I abhor lengthy threads that go on forever.

Second of all, I think a statue of Pekka Rinne is a bit much.

The man was a fine, at times excellent, goalie. And, he’s probably been the most recognizable face of the Predators. But a statue seems like a need to find some history for a team that’s only been around 20 years or so.

So should there be a vote on whether we continue monthly or make the thread one whole season?
(Sorry - myself - Mr. Decider doesn’t care either way.)
Or a poll? I’ve never had the insouciant temerity and gall to post a poll before, and probably won’t any time soon, so if someone else feels like it, otherwise not too sure how to go forward.

Hockey isn’t that popular on this board. I once suggested a thread for OCT-DEC, one for JAN-APR, one for the playoffs and one for off season. None of those would have exceeded 100 posts. The monthly threads can break the conversation flow on the rare occasions there is real discussion. Four threads per year would be a good compromise.

Yeah I can flow with that too.

dalej42 - Apologies for the late response…was going to get to this and just forgot about it.

Statue? As long as no public money is involved, why not. Every city, every franchise, every fan judges worth differently. He put Nashville hockey on the map. If the team thinks that’s worth honoring, fine. Besides, a statue can always be removed later in the regrettable instance that he, ahem, proves to be less than worthy (=coughJoePaternocough=).

Retiring the number? (Personally I’m against the idea of retiring something so generic as a number to begin with, but that’s another issue.) Ehhhhh…I would’ve waited a couple years. See how the team develops, if it can become a Cup contender again. Right now I’m not sure if he was that special enough to warrant this.

I don’t really watch hockey, but I found this amusing and thought y’all might, too: 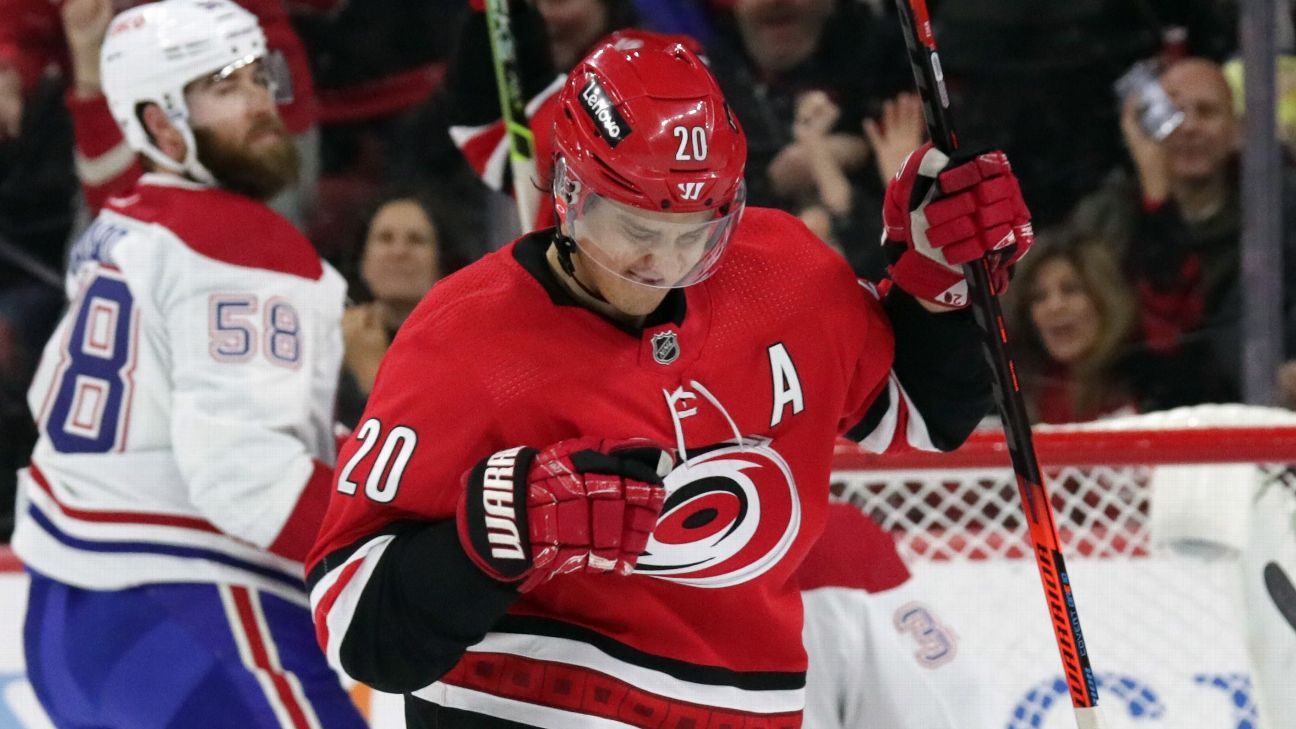 I knew it! I’m surrounded by Aho’s!

As this thread has run its obvious course, I’ll now close it.