They double-checked their radar to make sure it was accurate, then set off in pursuit.

Car was being driven by someone who had “recently entered Canada” from the United States, and thought he was just driving a bit over the speed limit of 100 mph. The speed signs had that big 100, after all.

Mounties did a “friendly” and gave the driver a warning, instead of the standard ticket, which based on the speed, would have been $2,055. 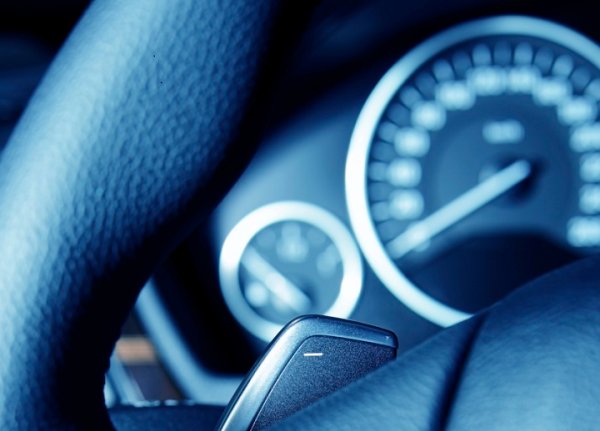 Driver avoids $2K ticket after setting cruise control in miles per hour in...

On a related note: As a metric supporter visiting Nova Scotia about 25 years ago, I asked how far away is Halifax. I already knew the answer. The purpose of my question was to see whether they answered in miles or kilometers. “About 20 minutes” was the reply.

“Canada looks so much faster than on TV”.

Well, the Trans-Canada at that point is a divided highway, and Saskatchewan is pretty flat… If the Germans can do it…

At over 200 km/h, an easy stunting/racing/excessive speeding ticket. Glad to see the cops weren’t dicks, and I hope the dangerous speeding idiot stops endangering everyone on the road.

Is a box containing Canadian dollars called a loonie bin?

I think I know how to convert between miles and kilometers, but how many minutes are in a metric hour?

how many minutes are in a metric hour?

Did the guy wonder why he was passing other drivers as if they were standing still?

“Gee, them Canadians sure do drive slow!”

Ca. 1990, I worked with a woman who took a brief trip to the International Falls area. Upon her return, she commented on how cheap the gas was.

She didn’t realize it was sold by the liter.

California has what’s called the basic speed law, which makes it illegal to drive faster than is safe, regardless of the posted limit. For instance, you aren’t allowed to drive at 65 MPH on a freeway if it’s raining so hard you can’t see very far ahead.

Does Canada have the same thing? Driving over 100 MPH is nuts, no matter what the sign says.

Driving laws are typically provincial, so can’t speak for all of Canada, but in my province, there is an offence of “driving unsafe for the road conditions”. If there’s a blizzard on, you drive much more slowly.

There’s also a federal criminal offence offence of “dangerous driving”, which might have applied if the fellow had got in an accident.

What I know is that in rural areas the local police let things go by as long as you don’t cause accident.

20 minutes? How much is that in real minutes?

Driving over 100 MPH is nuts, no matter what the sign says.

Not in Texas. There, it’s your right.

I think I know how to convert between miles and kilometers, but how many minutes are in a metric hour?

Decimal Time: How the French Made a 10-Hour Day

In 1793, the French smashed the old clock in favor of French Revolutionary Time: a 10-hour day, with 100 minutes per hour, and 100 seconds per minute.

Mounties did a “friendly” and gave the driver a warning, instead of the standard ticket, which based on the speed, would have been $2,055.

That’s surprising— when we took a trip to Niagara Falls from the Metro Detroit area years ago, we drove through Canada because it’s a little quicker, and there were many signs on the highway that said “driving over 150KPH will result in immediate vehicle impoundment”. I got the impression that Canadians took speeding very seriously.

I made a very minor “dumb American” error while driving to Niagara Falls, but not speeding— I saw a sign that said “Niagara Falls 500”, did a little mental math to estimate how long it would take to drive 500 miles at my average speed, which I always do on long highway trips, and I was amazed what great time we made! Until I finally realized, oh yeah, it was 500 Kilometers, eh?

Canada is a federation, and highway traffic laws are provincial. Ontario may take a different approach than Saskatchewan. Ontario may have more of a problem with speeders and therefore takes harsher measures? Dunno.