Admittedly ignorance looking for a fight, but I’ve lived in several metro areas of over a million people, and only one (San Diego) had a commercial radio station that played classical music (mostly bland nursing home sedative familiars). It seems that all available frequencies are too expensive to maintain such a small listening demographic.

But if NPR loses all government funding, would enough college radio “training” stations keep classical music available on the dial?

My understanding is that in most larger markets, listener contributions would be able to maintain the local NPR station - if anything, you would hear more music on NPR, since that is cheap programming compared to the NPR news/talk/entertainment shows.

However, in small and rural markets, government funding tends to be a much larger piece of their budget. Many of those stations may not survive.

If you can afford it, satellite radio is totally worth it IMO. You can listen to NPR whenever and wherever you want, and there are also at least two other commercial-free stations that play nothing but classical music on XM/Sirius radio.

I wonder if this would fall into the, “Why is there so much golf on television?” if there wasn’t NPR. Classical would seem to appeal to some of the same demographics. A small, niche audience with lots of disposable income.

We had a commercial classical station here until last year. The owners dumped it because it was only breaking even.

There was a furious outcry and groundswell to have to have the local NPR station pick up classical. Instead, they put it on digital subchannel three. They’re getting many more listeners and more donations with NPR programming. (Their highest-rated program is Car Talk, FWIW.)

The small college radio stations are generally programmed by the students who work there. That’s why so many of them play music that’s really on the fringe compared to mainstream radio. Unless the fine arts majors strike with a coup d’etat, it’s unlikely they’ll go classical.

Meh. The NPR affiliate nearest where I live went all- (or mostly-) talk and news some years ago. They don’t really play ANY music anymore unless it’s part of a nationally-syndicated program. There is another NPR affiliate a town over from me that plays jazz, however.

There is a member-supported (not NPR) radio station near where I live that plays classical music, and it’s available for listening online via streaming: 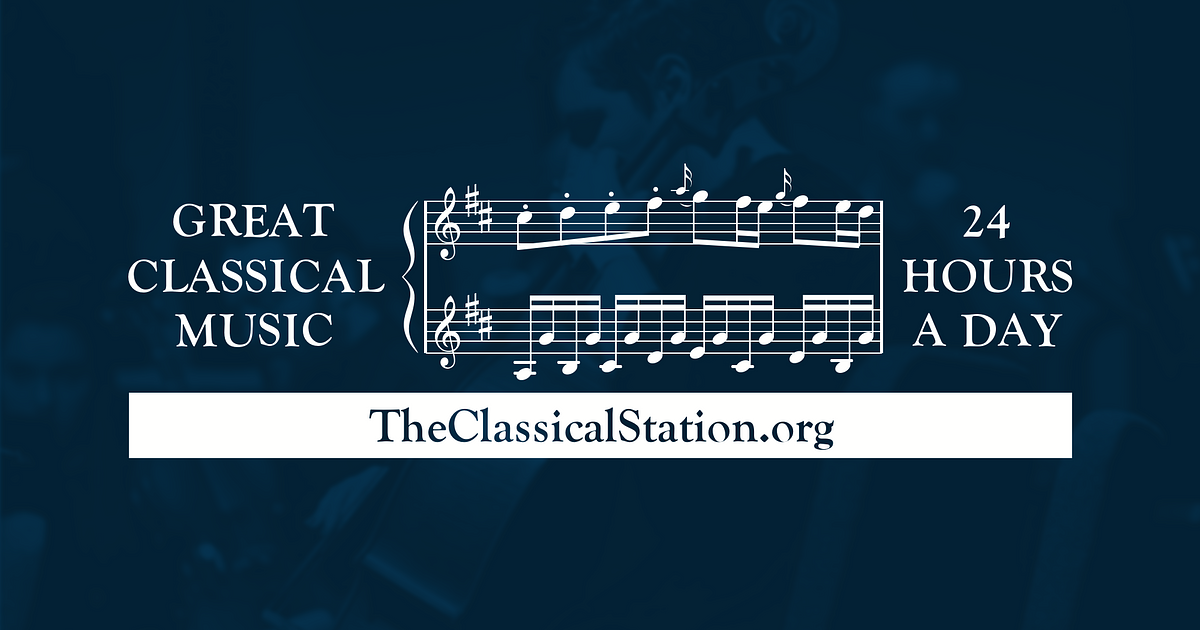 We are The Classical Station streaming classical music 24/7 always with a live announcer. Listen to us on 89.7 FM in Central North Carolina and on our apps and online.

And as someone mentioned above, satellite radio also has some classical music offerings.

A decent classical station, commercial supported, started up a few years ago in our area. They’re doing fine. We’re not in a major metropolitan area, not an upscale county, but it’s doing fine.

A decent classical station, commercial supported, started up a few years ago in our area. They’re doing fine. We’re not in a major metropolitan area, not an upscale county, but it’s doing fine.

But how are they really doing?

Apparently, quite well. The local NPR station is mostly talk these days; I assume they are picking up the slack.

Use your $$ for a subscription to a satellite radio service instead and you can have non-stop classical, or Direct TV in your home offers classical listening as well - There are options available

Classic FM may be available via the Internet.

Thank you all for the replies from your perspectives. I’m getting the impression that the lives of whatever percentage of poor, especially rural kids, in this era on the wrong side of the digital divide, will not be enriched as mine was.

In today’s media world, I think it’s rare that the rural family doesn’t have either Dish or Direct TV, both of which have a wealth of music channels, including classical.

Meh. The NPR affiliate nearest where I live went all- (or mostly-) talk and news some years ago. They don’t really play ANY music anymore unless it’s part of a nationally-syndicated program. There is another NPR affiliate a town over from me that plays jazz, however.

There is a member-supported (not NPR) radio station near where I live that plays classical music, and it’s available for listening online via streaming:

And as someone mentioned above, satellite radio also has some classical music offerings.

I actually helped WCPE get on the air way back in 78 as a volunteer. Back then they played oldies like Sinatra along with classical music.

WCLV in Cleveland is still going strong (also on the web)

Classic FM may be available via the Internet.

And if you prefer complete pieces and no adverts, BBC Radio 3 is available online, worldwide.

The fight to preserve NPR’s funding isn’t over yet. The bill still has to pass the Senate and be signed by the president, so there are two hurdles to go. And according to last night’s Marketplace, individual stations will continue to receive at least some federal funding, they just won’t be able to use it to pay for NPR or any other national programming provider, like American Public Media or Public Radio International. So we may end up with more music because that can be programmed locally, without the need to go to NPR, PRI or APM for content.

What makes classical difficult to program is that a) you need staff who are knowledgeable about the genre, and b) you have to strike a balance between the familiar and unfamiliar. The familiar attracts listeners, but the unfamiliar is what makes classical radio truly interesting. ISTR, also, that the people who listen to classical music are the ones who tend to make larger gifts to the station. The Car Talk crowd also brings in money, but they make smaller individual donations relative to the classical music fans. (I don’t have a cite for this, but it was explained by someone who has studied this phenomenon.)

College radio can help fill the void, at least somewhat. But being a good disc jockey involves knowing the music you’re playing, and not many college kids are that knowledgeable about classical music. It may be possible for a music professor to host an hour-long show, but they’re busy or may not want to do it for other reasons. FWIW, KUSC in Los Angeles is a university-owned classical station. I get to listen to it whenever I have to call someone at USC. There are times I’ve been tempted to ask if I can be put back on hold to finish a piece, but then I remember that I was on hold for 10 minutes in the first place. At least the music makes me not mind that kind of hold time.

on a radio talk show on the issue a anti-NPR person was asked about the issue that NPR was a quality news source for people.

her reply was the government shouldn’t help pay for it and people should subscribe to CSPAN.

BS - you realize how fast this show would be picked up and sponsored by NAPA or the like.

This is unfortunate. I was a regular listener to KFSD in San Diego in the '70s, and they were an outstandingly adventurous and intelligently programmed station then, playing everything from early music to the most familiar warhorses to the thorniest avant-garde.