I encountered another Japanese-English cross-language pun when I took my daughter to the Boston Anime Con ages ago. They had a trailer for DAICON that featured a large Japanese radish.

“DAICON” stands for "Davis (California) (anime) CONvention, but “Dai” suggests “Number One” in Japanese, as is “Dai ichi”, so it also means “Number One Convention”

But “Daikon” is also a Japanese root vegetable, often called a “Japanese radish” (The name literally means “Big Root”, so there’s that “Dai” again). That’s why the symbol is a daikon

Daikon (Japanese for 'big root') or mooli, Raphanus sativus var. longipinnatus, is a mild-flavored winter radish usually characterized by fast-growing leaves and a long, white, napiform root (other names are listed below). Originally native to continental East Asia, daikon is harvested and consumed throughout the region, as well as in South Asia, and is now available internationally. In some locations daikon is planted for its ability to break up compacted soils and recover nutrients, but not 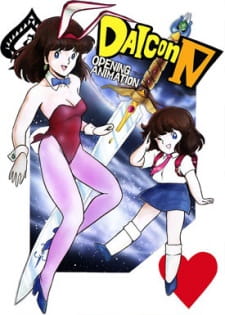 Daicon III Opening Animation An unnamed girl watches as the Science Patrol lands their aircraft. A masked individual exits the ship and approaches the girl, entrusting her with a cup of water and a simple task: to water a radish. The girl... The Daicon III and IV Opening Animations are two short, anime, 8 mm films that were produced for the 1981 Daicon III and 1983 Daicon IV Nihon SF Taikai conventions. They were produced by a group of amateur animators known as Daicon Film, who would later go on to form the animation studio Gainax. The films are known for their unusually high production values for amateur works and for including numerous references to otaku culture, as well as its unauthorized appropriations of the Playboy Bunny c...

In Unforgiven, the evil sheriff and Clint Eastwood are both called “Bill”.

I did a bit of googling, and found a site that described his character as very changeable, alternately smug and dejected, obsessed with “feathers in his cap” and “black eyes.” The site noted that his name was an anagram for “Catch rat” and “Catch art,” but I’m not buying that as being intentional.

However, until this morning I’d never caught the double meaning of Orr/oar. (I was looking over the Wikipedia list of characters.)

And, because “kernel” and “corn” have the same word derivation, there’s a bit of the Major Major effect there

“Cathcart” is a real name - there’s a Cathcart family in Scotland whose head, the Earl of Cathcart, sits on the Standing Council of Scottish Chiefs. I don’t know, but suspect that Heller didn’t really have any double meaning in mind. It’s been a while since I last read Catch-22, but the only joke-names that I can remember are Major Major Major Major, Lieutenant Scheisskopf, and Orr.

I can still remember the almost physical sensation I had when I realized the significance of Orr’s name. I was, in fact, composing a post on the SDMB, commenting the only way to beat Catch-22 was to pull an Orr. Wait…“pull an oar”…whoaaa…

I realized why people in that circumstance say “Then it hit me”.

So I had a realization about Aliens (or maybe just an out-there fan theory.) Its obvious the Colonial Marines from Aliens are particularly rubbish “elite” soldiers. Even in a sci-fi “metaverse” that includes Stormtroopers and the “QA” from West World, they stand out as particularly bad at their jobs.

So the realization I had is of course they are rubbish. They have no one to fight! Its quite clear the Xenomorphs* are the first Aliens humans have encountered in recorded history. So what else does that leave them to do? Presumably just turning up when colonists get rowdy, and threatening to crack a few heads until it all quietens down. Basically they are glorified campus cops for the colonies.

All their high tech weapons as just shows that militarisation of police we see nowdays has reached its zenith, and military industrial complex is still in control. How are Weylan-Yutani going to keep their shareholders happy if the colonial marines stop buying pulse rifles, smart guns and nukes?

It clears up the fact the Weylan-Yutani are so keen on weaponizing the Alien (even though there is zero circumstances in a modern war that lots of teeth and acid blood would be an advantage.) They don’t care! They’ve had centuries of spending huge piles of cash on pointless incredibly dangerous weapons that have no purpose, why wouldn’t add one more?

They have no one to fight! Its quite clear the Xenomorphs* are the first Aliens humans have encountered in recorded history

Are you sure? When they’re being briefed after coming out of hibernation one of them asks “Excuse me, sir, is this going to be another Bug Hunt?”

What can that possibly refer to except hunting down pestiferous alien life forms?

I suspect they hadn’t encountered any that were quite so big or so tenacious before, though. It’s intentional irony, I suspect, that these xenomorphs were also very insect-like in their social organization.

Are you sure? When they’re being briefed after coming out of hibernation one of them asks “Excuse me, sir, is this going to be another Bug Hunt?”

What can that possibly refer to except hunting down pestiferous alien life forms?

I suspect they hadn’t encountered any that were quite so big or so tenacious before, though. It’s intentional irony, I suspect, that these xenomorphs were also very insect-like in their social organization.

I took that to mean “wild goose chase” as in they are looking for Aliens but never find any.

What about the line about “Arcutran poontang”, then?

I assume that is a cultural thing (and attitudes to sex and gender have changed). There are definitely a few things that strongly imply that this is the first real Alien encounter.

In the alien extended universe it’s explicitly stated that Arcturians are a non human sentient species.

The Arcturiansare a humanoid, mammal-like extraterrestrial species native to the planet Arcturus.1 They were the first sentient alien species encountered by mankind2 and humanity has since established interspecies trade with them.3 1 Characteristics...

What about the line about “Arcutran poontang”, then?

In the alien extended universe it’s explicitly stated that Arcturians are a non human sentient species.

And we all know it’s an obvious reference to “The Long Tomorrow”:

The Long Tomorrow, by Moebius | All That I Love

I mean, it’s clear they are intimately familiar with them…

Its quite clear the Xenomorphs* are the first Aliens humans have encountered in recorded history.

I agree with @CalMeacham; it the xenomorphs are the first aliens humanity has encountered, that certainly wasn’t clear to me. Beyond the extended universe material @Larry_Borgia references (in which it’s very clear that the xenomorphs are far from the first aliens humanity has encountered), the internal evidence all seemed to me to point to previous encounters with aliens.

Go back to the original Alien. The crew of a random freighter is sent to investigate an anomaly that turns out to be an alien spacecraft. No one seems particularly surprised that an alien spacecraft exists. This seems like humanity’s first contact with that particular alien species, but it hardly seems like the first contact with any alien species.

And beyond the internal evidence CalMeachum points to, there’s the reaction of the Colonial Marines themselves. They’re surprised by the capabilities and intelligence of the xenomorphs, but not by their existence. “They’re just animals, man!” If this is humanity’s first encounter with an alien species, why would Hudson assume that they’re just dumb animals? That line really only makes sense to me if Colonial Marines had gone of plenty of “bug hunts” and fought animalistic aliens.

Or the Company debriefing with Ripley. The execs don’t seem to me to be incredulous that she reported encountering an alien, they seem incredulous about the details of the encounter.

I think it’s pretty safe to say that humans have never fought against particularly dangerous aliens (at least, dangerous from the perspective of a well-equipped military squad). But then again, the current US Army has never fought against dangerous aliens, either, and they still find plenty of fights to get into. Even if humans are the only (known) sentient race in the Galaxy, that doesn’t mean that all humans are one single polity. They could very well have a military to fight against the militaries of other human nations.

The governments in the alien universe appear to be amoral mega-corporations like Weyland-Yutani. They surely would require military forces to defend against rival corporations.

If Terminators can perfectly imitate other human voices why does he sound like Arnold?

Because Arnold’s is the perfect human voice, duh!

Wouldn’t that have been great if the T2000 (or whatever the molten metal Terminator is) had showed up talking like Ahhhnold, too.

John Connor: “Why does he sound like you?”
Arnold: “All Terminators do. Cyberdyne was oddly enamored of a bodybuilder from Austria…”

If Terminators can perfectly imitate other human voices why does he sound like Arnold?

This was all explained in a deleted scene. 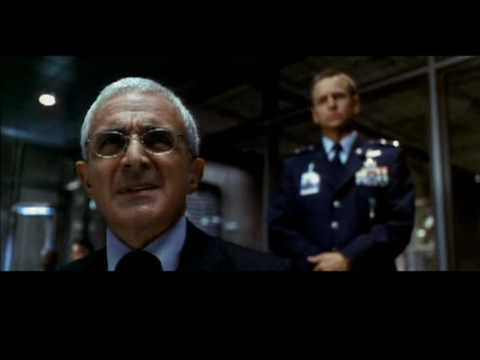 In Billy Bathgate, I knew that Billy and Becky had done the nasty. But it never occurred to me that he’d paid for it. Despite him showing her the dollar before, and her very obviously possessing the dollar afterwards.

In “You Ain’t Seen Nuthin’ Yet” there’s a line about a doctor saying, “Any love is good love” and I just realized … a DOCTOR said that?!?

A pimp, your dumbass brother-in-law, a frat brother … sure. But no doctor would advocate for running all over town racking up bed notches and gettin’ some strange, yanno?

A Christmas Carol probably contains an element of wishfulness. John Dickens, Charles’ father, was an account clerk. And in his lifetime that meant he was poor. He ended up with debts he couldn’t pay and was sent to debtors prison. Charles, who was twelve at the time, had to leave school and was sent off to a workhouse.

You have to wonder if Charles was thinking about his own family when he created the Cratchits. He may have wished for some deus ex machina that would have stepped in and saved his family like Scrooge’s overnight conversion did for the Cratchit family.

Not a workhouse - that was for the truly destitute. He was sent to work at a blacking factory at the age of 12 instead, not a pleasant job, and he stayed working there to support the family for a while after his father was out of debtor’s jail.

But yes, he certainly did have first hand experience of poverty. Not quite starving, but only a little above it. It was a big feature in his writing, even though during most of his fame he hid his background.

The blacking factory is a feature in David Copperfield.