This seems about as close as can get w/o starting a new thread, so here goes:

Still reeling over the realization that all those dog stories, where the dog returns to the train station daily to meet his (long dead) master, are not examples of dog empathy but are merely the result of:

1. Dogs like routine
2. The dog kept getting fed at the train station or along the way

Ergo, the dog kept returning merely because it became part of his foraging routine, not because he was expecting someone to disembark and was broken hearted every time his master didn’t appear.

It ocurred to me the other day that Life of Brian may have been parodying Spartacus in the scene at the end (“No, I’m Brian!”).

When Emperor Caligula was assassinated, there were a lot of people who wanted him dead for a lot of reasons, but the guy who actually did it was a member of the Praetorian Guard, Cassius Chaerea, who hated Caligula for personal reasons. Chaerea has an unusually high pitched voice, which Caligula found outrageously funny, and would mock the Praetorian by making him say phrases the struck Caligula as particularly amusing, and by setting the password to be admitted to him to things like “boobs” and “penis” because he thought it was funny to hear Chaerea say them in his high voice.

I’m pretty sure this situation (with the roles reversed) was the direct inspiration for the “Biggus Dickus” scene.

Not SEX, love. They are different things.

Back in 1973 I joined the Columbia Record Club, and among my twelve LPs for a penny, I selected Parsley, Sage, Rosemary &Thyme by Simon and Garfunkel. The other day, while relaxing with my girlfriend, we decided to listen to the album on her Echo (which she calls “Echo” because she hates the name Alexa. But I digress). When we were finishing up The Big Bright Green Pleasure Machine, I took note of the line are you worried ‘cause your girlfriend’s just a little late?, and it suddenly occurred to me that the schlemiel* being addressed isn’t standing around waiting for her to show up for their date, he’s (putatively) afraid that she’s pregnant.

The spur-of-the-moment observation blew both of our minds.

*(He might be a shmendrick. A Yiddish language expert I’m not.)

The Hunt for Red October

Well, as it turns out, part of the back story of the Jack Ryan character I mentioned five posts up includes a back injury that cut short his military career. So, what I thought was a weird shot of him washing his butt is probably just him bending forward to get his back under the hot water. Back story, indeed.

Similarly those stories of dolphins helping a shipwreck survivor get back to land. Ever notice that you never see the stories about the other dolphins, who led survivors further out to sea?

‘We thought we were gonna get this thing to beach himself, get some chuckles. Then the mfer just starts walking! We were completely punk’d!’

This scene from Tombstone and I realized two things during the same rewatching.

I’m beginning to think that with all of the subtlety from all the characters and just the absolute brilliant acting, this might be one of the best scenes in all of movie making.

This scene from Tombstone and I realized two things during the same rewatching.

Is that Johnny Tyler (played by Billy Bob Thorton) asking for an autograph? The guy he showed out of the saloon a few scenes earlier?

And Wyatt is all about the money in Tombstone. With his10% of the take he gave away $50 in Earp money.

Discworld has A’Tuin. This resembles the Polynesian word atua. Coincidence?

A’Tuin is the turtle upon whose shell Discworld rests. It’s a clear reference to the infamous (and possibly apocryphal) “It’s turtles all the way down!” cosmology.

“Atua”, on the other hand, is a word that means, roughly, “strength” or “power”, and is used to refer to Polynesian divinities and spirits.

So far as I know, the idea of a World Turtle has no equivalent in Polynesian beliefs, and so far as I know, the people of Discworld don’t think of A’Tuin as a god or spirit. It’s possible, of course, that Terry Pratchett came across the Polynesian word, thought it sounded cool, and derived A’Tuin’s name from it, but there’s no real connection that I can see.

It’s a clear reference to the infamous (and possibly apocryphal) “It’s turtles all the way down!” cosmology.

Some indigenous North American people have stories of the world being supported on a turtle’s back. Nothing infamous about it.

The “infamous” cosmology I was referring to is an oft-told story about a prominent astronomer giving a talk, and afterwards being approached by a little old lady who told him his talk was very nice, but the fact was the world was flat and rested on the back of a turtle. The astronomer asked the lady what the turtle was standing on. The lady responded, “Very clever, young man, but it’s turtles all the way down!”.

The little old lady of the story, if she actually existed, may have been referencing Algonquin mythology, but Pratchett, with his Discworld resting on the backs of four giant elephants standing on the back of a Giant Star Turtle (Chelys galactica) swimming through the cosmos, is referencing the “It’s turtles all the way down!” of the little old lady. At least I’m pretty sure. I don’t think he was intentionally mocking authentic Algonquin beliefs.

is referencing the “It’s turtles all the way down!” of the little old lady.

If my mother was the Little Old Lady, it would be macadamia turtles all the way down. 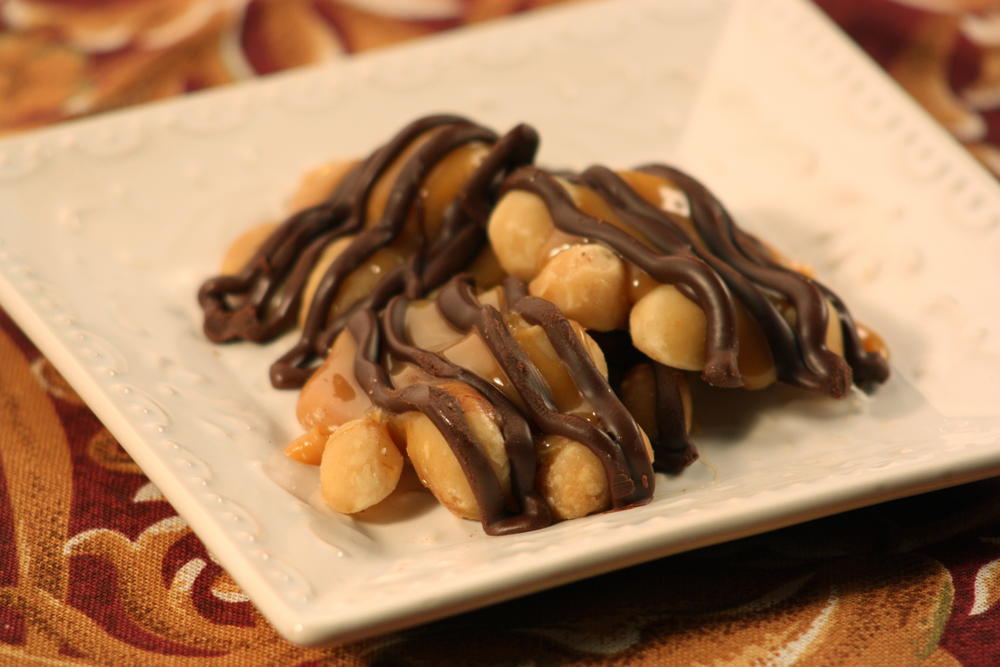 Bet you didn't know how simple it is to make these rich and gooey candy treats! Put these sweet homemade treasures out at your next party or wrap them up with a cute bow and give them as a gift. These turtles are sure to impress so don't be surprised...

This is probably something that was obvious to people who were alive when it came out, but as someone born in 1980 I was always confused by the tree lot in A Charlie Brown Christmas . What was with all the metal trees? I’d never seen a metal Christmas tree before. I’d seen artificial trees, of course, but those were all plastic and green and resembled real trees. I just recently learned that shiny aluminum Christmas trees were an actual fad in the late 1950s and early 1960s. The Charlie Brown special makes a lot more sense now.

actually grandma had one in the box … bought by grandpa to cel;ebrate a promotion he received … they were more expensive than a real tree (which ironically is more expensive than most artificial trees these days)they used it for a few years but grandma said it was “fugly” and the kids wanted a real again after a while

I grew up in the sixties and I’m sure my parents would have been shocked if I came home bleeding because some adult had hit me.

wasn’t the bleeding due to his ear getting messed up in the first place ? So if he wasn’t drunk and hit the “good” ear which didn’t bleed no one would of probably thought anything about it

Heres something I just realized after 40 years :

In the alien/SciFi series V the big secret of the lizard based “visitors” is there using humans as food ,But there’s usually a couple of scenes where there’s a human standing in underwear as there getting examined by one of the visitors 10 year old me figured they were just looking over dinner, but in one scene one chides the other for “playing with their food”

I just realized the meaning of that line …

I have no idea how many times I have seen West Side Story. Tonight I noticed that, in the “Officer Krupke” number just before the war council, all of the Jets are wearing the same shoes 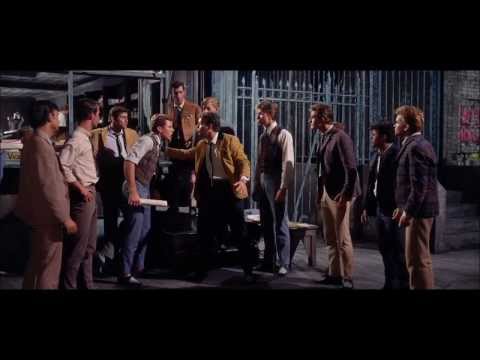 Blue suede?
They’re wearing chuck taylors for most of the movie, but they’d just been to the dance prior to Krupke, so they’re dressed up!