At the end of Blazing Saddles, when the fight breaks through the fourth wall and spills into a Hollywood back lot, there are no Black people in modern Hollywood.

You know, thank you for that, as that scene also bothers me for another reason- Sgt Krupke is looking for a excuse to arrest the gang members. But he doesnt really have a good one, besides Mopery and Dopery.

But at the end, they assault a Police officer, a solid felony.

When they break into the dance scene?

Not really a thing I realized. More like a nagging question.

There’s a scene in The Martian where the crew decide whether to disobey orders and change their flight plan in order to go back to Mars and rescue Mark. Commander Lewis points out that this could be viewed as mutiny and, at the very least, none of them will ever be allowed to go on another mission in space; NASA will never trust them and be willing to put them in another situation where they might disobey an order.

That was very realistic. NASA’s standards are extremely high and there would be no reason to take a chance on a crew member they were less than 100% sure of.

But in the final scenes of the movie, we see what the crew members are doing five years later and one of the scenes shows that Rick Martinez is not only part of the Ares V mission but appears to be commanding it.

Did I miss something? I know that NASA changed the orders and pretended that what the crew was doing was their original plan. But that was just public relations. The NASA administration knew what had happened. And Lewis had even specifically warned Martinez that the two of them, as military officers, would probably face the greatest consequences.

Did I miss something?

Did I miss something

I don’t find that realistic. Running a mission to another planet isn’t about hoping you’ll get lucky and things will work out in the end. It’s about planning everything out in advance, testing it, and hoping that there will be no surprises. To the NASA administration. a crew member who makes their own decisions is a variable. They’ll treat a crew member who generally follows orders but sometimes doesn’t the same way they’ll treat a part that generally works but sometimes doesn’t; they’ll replace it with something more reliable.

My takeaway is that it was all for PR. The crew would be worldwide heros. Not people you’d put on the back burner. You’ll want them out front. That’s newsworthy. That keeps pressure on congress to keep the money flowing.

Yeah. In private the big wigs might be all “We’re watching you really closely now, so no more shenanigans,” but in public, it will be “Like everyone else in the world, we admire our heroic team very much”

When your team fucks up and you can’t fire the players, you fire the manager (Sean Bean).

Listening to John Mellencamp’s Jack and Diane for the millionth time, I realized that after the line, “Jack, he scratches his head and does his best James Dean” the next line starts with “Well then, there, Diane, . . .”. It’s kind of mumbled so I never realized that he’s quoting JD from Rebel Without a Cause (JD actually says, “Well then, there now”).
Stupid because I’ve seen /heard the movie / song umpteen times and even more stupid because I actually say “well, then there now” sometimes.

Not the millionth time but pretty close to the end of the last (and apparently final) series:

The show American Gods regularly featured the title as a neon sign with some flickering letters. I thought nothing of it until, at last, the penny dropped that there was a not-very-hidden message there relating to the main character, spelled out in the few letters that didn’t flicker:

I was today years old when I learned that Aliens’s Vazquez: 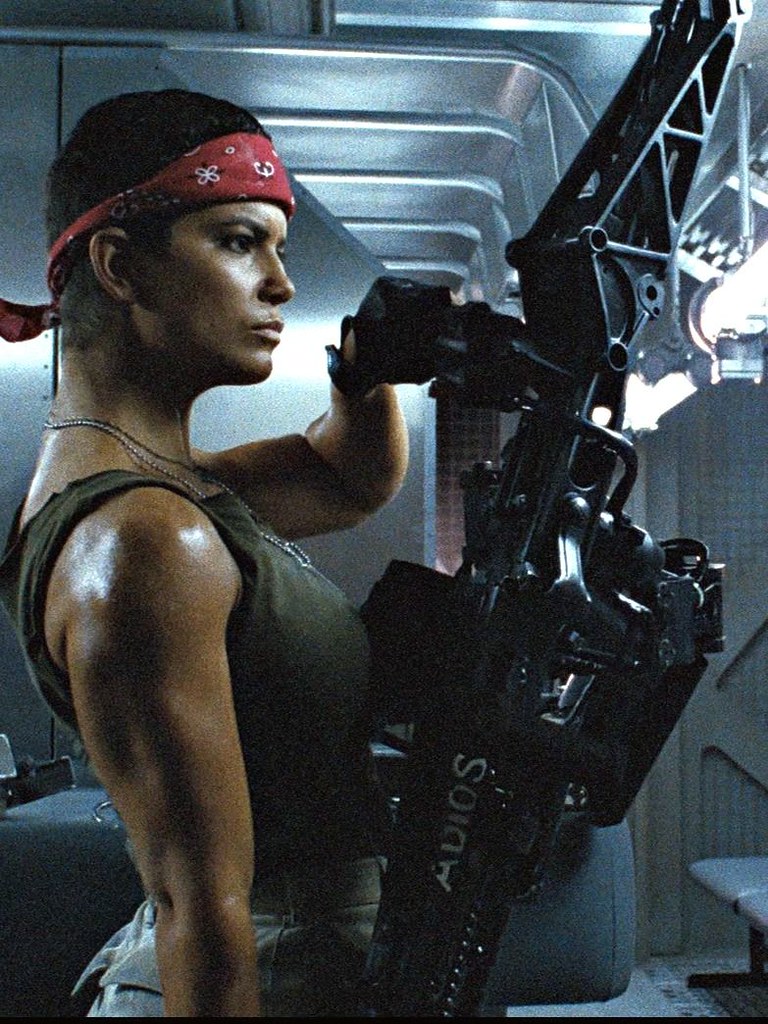 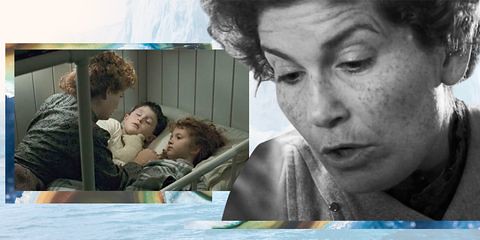 Jenette Elise Goldstein (born February 4, 1960) is an American actress, best known for her Saturn Award-winning role as Private Vasquez in the 1986 science fiction horror action film Aliens, as the foster mother in Terminator 2, as Diamondback in Near Dark (1987) and Detective Megan Shapiro in Lethal Weapon 2 (1989), and as the Irish Mother in Titanic (1997). She also appeared in 2 episode of the TV series Star Trek: Short Treks (2019) as the USS Enterprise Computer. Goldstein was born in Los An...

I was today years old when I learned that Aliens ’s Vazquez:

I hadn’t realized that she was Ed Furlong’s foster mom in Terminator 2.

The bolded read: AM I A GOD

I haven’t watched the series since the first season, but the basic set up is that gods and spirits and heroes and everything from every myth exists in some form in America, based on popular belief (there are a bunch of iterations of Jesus Christ). Modern concepts like Globalization also ahve personified spirits/gods. The main character is an ex-con that falls in with a conman who turns out to be an iteration of Odin. Spoilers:

In the first season, it’s implied that the main character is actually the True King of America, which would potentially make him a god, as the series defines them.

In the first season, it’s implied that the main character is actually the True King of America, which would potentially make him a god, as the series defines them.

The book did mention something about him receiving the coin of the King of America, but he gives it away. [Which means…?] But it does explicitly say that he is a god, namely American Baldr, like one of the bad guys is American Odin and so on.

…and in the book, it becomes apparent that the main character is the American instance of Odin’s son, Baldur.

The book did mention something about him receiving the coin of the King of America, but he gives it away. [Which means…?] But it does explicitly say that he is a god, namely American Baldr, like one of the bad guys is American Odin and so on.

…and in the book, it becomes apparent that the main character is the American instance of Odin’s son, Baldur.

I don’t remember the book very well. And I only watched the first season of the show, so I have no idea how much they diverged. From what I remember on the show,

The Leprechaun accidentally gives Shadow his Lucky Coin, and spends the rest of the first season trying to track Shadow down to get it back. He repeatedly says something along the lines that the coin isn’t something you give to just anyone, it’s something you give to the King of America. Which I took as an indication that Shadow was the True King of America. But maybe that was just a set-up for Shadow giving the Coin to someone else. Or maybe I’m misremembering the whole thing…

The show diverged quite a lot from the book, although they kept certain storylines. It ended just as Shadow was hanging on Yggdrasil over Odin’s body. There was some other weird shit going on but the story was finally getting back on track.

And then they cancelled it. Oh well.