Didn’t ‘realize’ this, but dayum!

I thought I’d come to the (extremely) late realization that Adam Ant = adamant . Looking at Wiki, it’s not the case after all. According to the ant man himself , he chose “Adam” because Adam was the first man and “ants” because ants would survive a nuclear explosion. I like my theory better.

You can’t always trust a primary source like this. Sometimes people will be inspired by something obvious but later feel they should make up a more interesting and obscure story to explain their inspiration.

Kinda puts a spin on Wolverine’s skeleton being coated in adamantium.

Lesley Gore’s producer on her early singles was Quincy Jones. It was his first hit. She made him famous more than the other way round. He was of course a name inside the industry and as a jazz artist but after he put a high school junior on top of the charts he was wanted everywhere as a producer.

I don’t think many people will remember this UK comedy series from the 1990s - “Goodnight Sweetheart” about a guy called Gary who discovered a time portal in London enabling him to go backwards and forwards from the 1990s to 1940s wartime London.
To clarify - there were frequent references in the 1940s scenes to two kids known as the Kray twins. Later on in the 1960s they became notorious as the most violent members of a criminal gang responsible for many gangland murders. They were Ronnie and Reggie Kray.
However - Gary’s two best friends in his time travelling adventures were, in the 1940s a man called Reg, and in the 1990s, best friend Ron.

It was a popular and long-running show. Of course many people remember it.

This one just happened an hour ago and it’s a little embarrassing.

You know the old song, I’m Henry the VIII I am? I’ve heard it a quadrillion times. Today it popped up on my playlist and, out of the blue, I realized that it was not about a King of England from days of yore. Nope, it’s about a regular bloke who married the widow next door and her previous seven husbands all happened to be named Henry.

This one just happened an hour ago and it’s a little embarrassing.

You know the old song, I’m Henry the VIII I am? I’ve heard it a quadrillion times. Today it popped up on my playlist and, out of the blue, I realized that it was not about a King of England from days of yore. Nope, it’s about a regular bloke who married the widow next door and her previous seven husbands all happened to be named Henry.

I’m right there with you. Even after having heard it many times and knowing the words, I just . . .disregarded them, I guess, and always think of His Majesty.

Nope, it’s about a regular bloke who married the widow next door and her previous seven husbands all happened to be named Henry.

More than that, it’s about the next victim of a serial killer. The undertaker is already making preparations.

Thanks to a recent thread I started about Henry The Eighth, I learned that the original version goes all the way back to 1910 and had several different verses (not all the same as the first).

So if you want more of ‘Enery’s story, here it is: 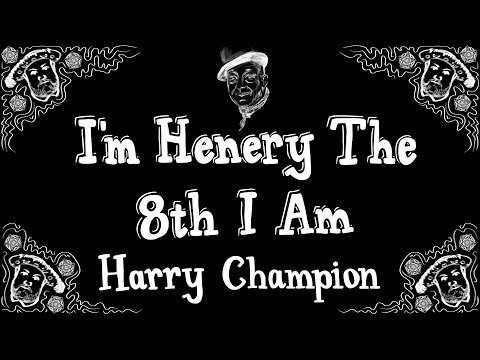 This revelation will affect your Mersey beat cred.

Didn’t ‘realize’ this, but dayum!

I am repidly approaching the Brimley/Cocoon Line myself.

This revelation will affect your Mersey beat cred.

So in all those quadrillion times, you just never paid any attention to any of the words after the first two lines?

Because it’s not like the rest of the lyrics are obscure, darkly symbolic, or unintelligible, as in, say, Louie Louie. And there’s nothing at all about the historic Henry VIII.

And every one was an Henry (Henry)
She wouldn’t have a Willy or a Sam (no Sam)
I’m her eighth old man, I’m Henry
Henry the eighth I am

Re: the Golden Girls vs Sex and the City. In all fairness, the GG cast might have been playing early to mid-fifties but they were really in their sixties (with the exception of Rue, who did seem younger than the rest). Plus, the show might have been our introduction to the characters but the cast was already well known as middle-aged from other shows a decade earlier (such as on Maude). So we knew these actresses were retiree age, while the SatC show a decade before was the actresses as “youngish” women. So the perceptions would obviously be different.

Having hit 52 myself, I was taken aback that I have reached that Golden Girl age range, but really I haven’t.

Yep. It’s true that we see women in their 50s differently these days, and that’s partly why the GG were supposed to be believable as being in their fifties. That has changed, but the actual actresses were older, so part of the difference is down to that.

Also I was a kid when the GG was on, and I loved it, but they never seemed like they were supposed to be in their fifties - especially Rose, who basically had early-onset dementia. They seemed like retirees (state-pension age), not women in late middle age.

This is not an obvious thing, or the millionth time, but I recently found out that Zoe Perry, who plays Mary Cooper on Young Sheldon, is the daughter of Laurie Metcalf, who played Mary Cooper on The Big Bang Theory. It’s also not the first time she’s played a younger version of one of her mother’s characters; she was a young Jackie on flashback sequences on Roseanne.

I’m not a regular viewer of Young Sheldon. Has his mother had him tested, yet? 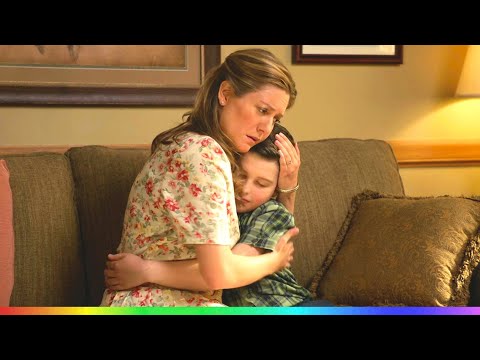 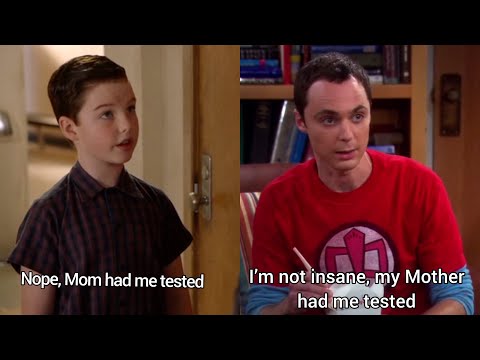