Old and alone – what if I fall?

But how does that work, how can someone force you into a retirement home against your will just because you needed medical care once?

For many elderly individuals (the mother of my honorary brother for example), they have given power of attorney to family members and/or are financially dependent on family members to make ends meet. That means those family members may have the legal or financial influence to force a family member into a retirement home.

And in some cases (not all by any means), they are right to do so. My step-mothers elderly mother, who I didn’t get to know well, had dementia, and if you were just having a short conversation with her, she seemed totally on the ball. But if you talked to her an hour later, she remembered nothing. Her long term memory seemed strangely better, and as long as she was in her home she could fake it - but if her favorite grocery store changed it’s layout, she couldn’t navigate it. It was her husband that realized this after such a visit, but was able to manage on his own as long as he was mobile himself. Once that was no longer possible given his health, they didn’t have much choice, even though she was totally against it.

Admittedly in this case, it was my step-grandfather in law, not my step-mother making the decision, but I know there was also some financial pressure in the form of my step-mother offering financial assistance regarding the assisted living facility.

I can understand not wanting to text or call someone every day. I probably wouldn’t do that. Seems like a hassle. Especially if multiple people want to be notified. What would work better for someone like me is an independent system which sends out alerts when it notices changes to routine. One example is something like this: 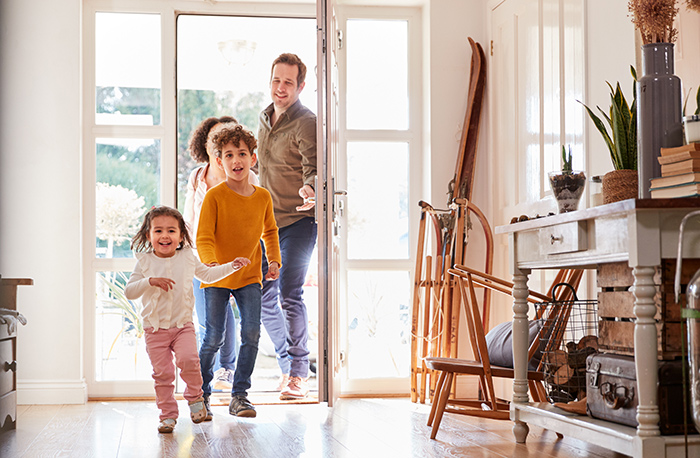 5 ways inactivity alerts are a game-changer for home security.

%%excerpt%% Ooma Smart Security just got even more powerful with Inactivity Alerts. Learn about the latest feature that can notify you if your teen misses curfew, if an elderly relative doesn't get out of bed in the morning, and more.

With something like this, if I don’t go into the kitchen at night like I always do, someone can be alerted to check on me at that time.

My grandmother lived in senior housing apartments. They had these little slide boards outside their apartment doors that would uncover the letters OK. At 11 pm each night, one of the staff would come by and slide all the boards into the covered position. If you didn’t uncover yours by 10 a.m., they would knock and then enter to see if you were not okay. I just loved that feature. But when people are in individual homes, or even non-senior housing like I do, that isn’t an option. I check on my neighbor, but nobody checks on me.

My mother had a calling circle that kept track of each other. I never thought about it much but have managed to fall down the stairs in my house multiple times WHILE holding onto the handrail. I’m talking epic Homer Simpson falls. I’ve actually thought about putting landline phones at the bottom of the stairs.

My mother had a calling circle that kept track of each other.

My MIL does something similar with one good friend. Ring, ring, ring “you alive?”

But with my mom, it’d be Ring, ring, ring “You alive?”
“Well, of course I am I don’t see why I need these phone calls, it’s not like I’m ancient well, I mean ninety-five is nothing to sneeze at and no, I’m not going to get a walker, that’s when I’ll really know I’m old and did I tell you about Lavina oh I must have told you about how Lavina was wandering and she ambled right into someone else’s apartment and then just last week i said ‘Lavina, what are you doing in my kitchen?’ and there she was, finishing my english muffin did you know I always have an english muffin for breakfast with a little dab of that gooseberry jam that Luella and her daughter you’ve met her daughter Luanne wasn’t she in your class in school of course, they lived out on Lake Lillicrap at the time so she would’ve gone to I think it’d be Krautville high school home of the Fighting Krauts why do I know that although I think they changed their name or at least that goose-stepping mascot during the war, the big war of course, oh, that Lavina…”

So texting a short phrase would be preferable to a half hour of ‘chatting’.

So texting a short phrase would be preferable to a half hour of ‘chatting’.

I getcah. My Mom can handle a computer with a lighted keyboard and big magnified screen. And often a handheld magnifying glass as well. She is also quite shaky with a tremor.

Mom is still sharp, but a smart phone is right out. No way.

I suppose she could text from a computer, but might as well email or just talk at that point.