What is the origin of “cocktail”, and what exactly is a cocktail? Any mixed drink before dinner?

H.L. Mencken, in a footnote in his book The American Language, gives a series of proposed explanations for “cocktail”, most of which sound so cute that they’re almost certainly not true. Neverheless, they’ve stuck in my mind.

1.) They were originally served in eggcups, which in French are coquetieres*

2.) It evolved from a drink used to “marinate” bread given to fighting cocks, and was originally called “cock bread ale”. The “bread” part got dropped, and it became “cock ale”, which somehow became “cocktale = Cocktail”
and, my favorite:

(I love how precise and well-defined everything is in that one)
The chances of any of these being close to the truth is, I think, vanishingly small.

*Don’t blame me if this isn’t really the French word for “eggcups”. I’m doing this from a years-old memory of reading Mencken, who might not have had it right in the first place.

Here’s another page on the etymology. Search engines will turn up lots of opinions on this:

The origin is obscure. Most etymologies I’ve seen say it was because they were first served with a rooster’s tail feather – a “cock tail” – but that seems a bit fishy to me. The OED has an earlier use where “cocktail” meant a non-thoroughbred horse. Since the horse’s breed is mixed, the term was for a mixture of spirits, which seems logical, but the dating doesn’t confirm this (the drink came first). There are other origins here.

In general, it’s any mixed drink, usually using distilled spirits. Some are nothing but a mix of different alcohols (the martini, for instance); others add water, soda, or juice. They can be served any time, but the tradition in 50s America was cocktails before dinner. 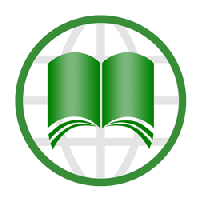 What is the origin of 'cocktail'?

(I dont know how to link it however.)

what exactly is a cocktail?

The “official” definition is “a bittered sling”–i.e., a mixed drink that contains spirits, water, sugar, and bitters. In common usage, however, it’s essentially devolved to “any drink containing hard alcohol”–serve someone a straight shot of gin in a martini glass and they’re likely to refer to it as a cocktail.

Although I wasn’t technically around at that point, I “miss” the fifties ideal of the 3 martini lunch, wet bars in offices and the cocktail hour. I think I was born in the wrong decade sometimes.

(I dont know how to link it however.)

William Safire did an On Language column on the subject, and admitted that nobody really knows. It’s a pity, cause the word has been widely used; i.e., cocktail table, cocktail glass, cocktail hour, cocktail dress, shrimp cocktail, etc.

I love the word “cocktail” and try to use it where appropriate.

“Can I get you anything?”
“Why yes; a cocktail would be nice.”

The cocktail used to be just one of many types of mixed drinks including Crustas, Collins, Slings, Flips, Toddys etc. Gradually, they all became “cocktails”

Although I wasn’t technically around at that point, I “miss” the fifties ideal of the 3 martini lunch, wet bars in offices and the cocktail hour.

My Uncle was aroud on Madison ave in the late 50’s, early 60’s. He said that anyone drinking at their desk got a bad rep. Yes during lunch and after work.