In TOS & TNG people were always hitching rides on the Enterprise, but usually they were diplomats, other government officials or academics. Presumably dedicated passenger vessels existed, but I can’t remember if any ever appeared on screen (or were even referenced offscreen). DS9’s probally the most likely candidate for one to appear, but I don’t remember any. There were cargo ships aplenty and while they did carry a few passengers they seemed to operate more like tramp steamers than say an regularly schedualed space liner. Did civilian liners even exist in Star Trek?

The ships that the Enterprise B was sent to help may have been passenger vehicles, I can’t remember.

DS9 seemed to have semi-regular service back and forth between the Station and the various Bajoran planets. Scenes where characters were waiting for each other at the airlock while twenty or so passengers would pile off the same ship were pretty common. Granted thats just within the same system, not between planets orbiting different stars.

The various incarnations of the Enterprise were exploring Strange New Worlds, and so presumably spent most of their time off the beaten path where you’d expect to encounter civilian transports.

There was the Class J which was used in The Menagerie and Mudd’s Women. There was a Klingon civilian transport in DS9: Rules of Engagement. For really big ships, there was the USS Constantinople which appeared in TNG: Schizoid Man.

There was also the Jenolan, upon which Scotty got stranded for 75 years until the Enterprise D rescued him from the crash site on the surface of a Dyson Sphere. It was apparently a civilian transport ship on the way to a galactic old-folks’ home.

In the TOS episode Conscience of the King they mention the passenger ship Astral Queen.

Also not canon but should have been, the book Spaceflight Chronology published in 1980 presented Federation history and space flight from 1957 through ST The Motion Picture. The book has fabulous illustrations of spacecraft by Rick Sternbach himself long before TNG was a wink in Roddenberry’s eye. Sadly they dropped this alternative history, I believe it was much superior to what was ultimately presented.

I purchased this book 30 years ago and still have it, check out a scan of a beautiful Space Liner with all the stats! 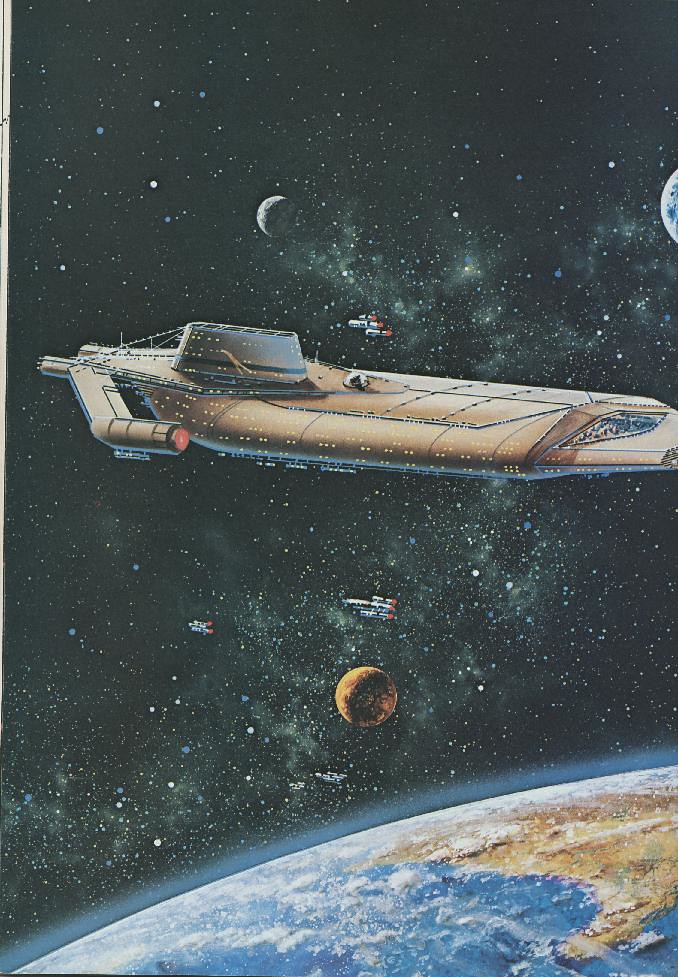 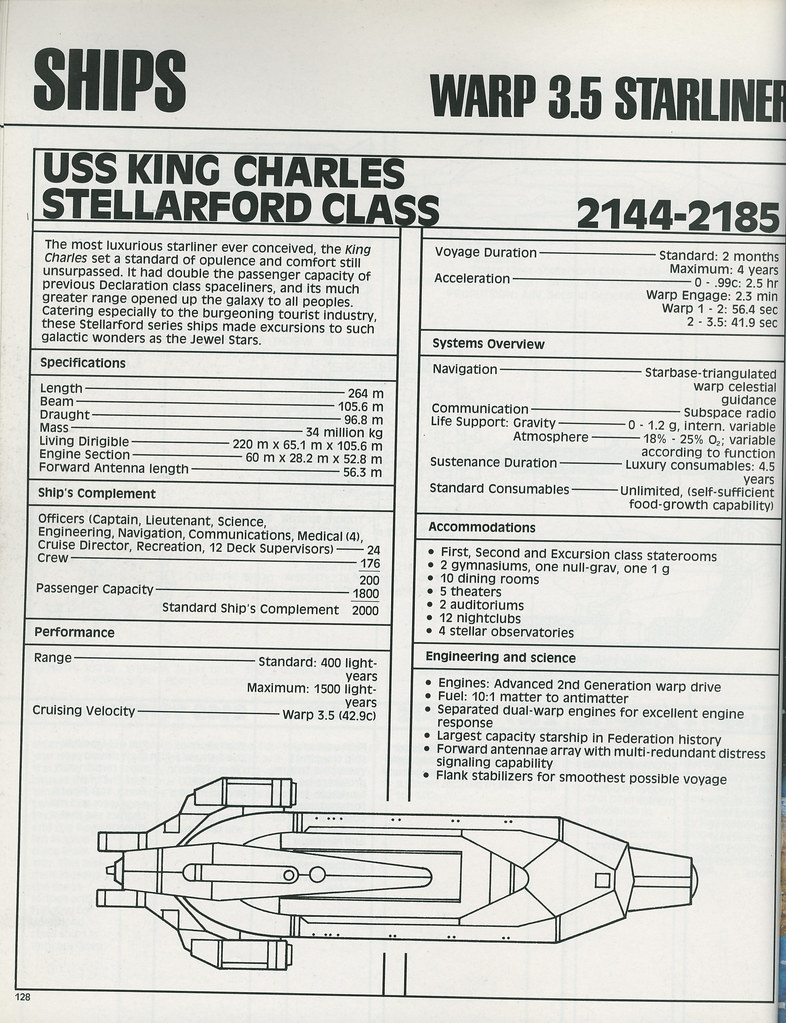 The DY-100 and DY-500 suspended animation carriers might be a fore runner of some passenger ships.

Didn’t DS-9 show some passenger and private star ships or runabouts? Were some of the alien vessels non-warships?

Again not quite canon, but The Star Fleet Technical Manual showed a Class 1 Transport/Tug (“Ptolemy” class) based on the same saucer section and warp nacelles as the Constitution class heavy cruiser. The MK-IV “Starliner” variant was when the tug was towing a passenger pod.

In DS9 Indiscretion, the Ravinok is a Cardassian prison transport ship.

Again not quite canon, but The Star Fleet Technical Manual showed a Class 1 Transport/Tug (“Ptolemy” class) based on the same saucer section and warp nacelles as the Constitution class heavy cruiser. The MK-IV “Starliner” variant was when the tug was towing a passenger pod.

It “appeared” in Star Trek II

It “appeared” in Star Trek II

Try the link below (it’s about half way down

To be fair, not many cruise ships dock at naval bases. Just sayin’.