This summer I picked up a couple of antique almanacs. You know 0-- the Farmer’s Almanac type of thing. These were as common as dirt, apparently, which is why I could buy a couple of genuine articles well over a century old for a few measly bucks.

I though it’d be like the Farmer’s Almanac they sell in the stores around this time of year, with the astronomical facts interspersed with predictions about the weather, little bits of filler bearing odd and interesting facts, maybe a few recipes and articles of interest to farmers.

Boy, was I wrong.

These things are practically nothing but full-fledged advertisements for the patent medicine companies that sold them, thereby getting the public to basically pay for the advertising.

This one’s got an illustration of a naked St. George slaying a Dragon (as Hostetter’s Stomach Bitters slay one’s ills?), followed by a Zodiac at the front, a list of festivals and movable feasts, a listing of eclipses, times of the seasons, and the rising and setting of stars. Every now and then there’s a half-page “humorous” engraving, with the bottom half telling the joke. The engraving is of a standard below Varney the Vampire. Here’s a typical joke:

Farmer (with cow) : Yars, sir, she’s seven-eighths Jersey, an’ ye may ask Squire Un’erwood ur eny of um ‘round here, an’ they’ll tell ye so.
Man: Seven-eighths Jersey. Well, what’s the other eighth?
Farmer: Why – eh – that’s cow, of course!

That’s a real knee-slapper, that is.

The rest of this cheaply-printed volume is an uninterrupted commercial for Hostetter’s Stomach Bitters (it’s in bold print in the almanac), telling how it will cure damned near anything.

According to various internet sites I’ve found, the original formula (fdormulated by Jacob Hostetter of Lancaster PA in the first half of the 19th century, then put into large-scale production by his son David in 1853. They sold it in impressed glass bottles that are now collector’s items. The formula was originally 47% alcohol, mixed with various herbs and a healthy (unhealthy) dollop of sugar. Later, under pressure from the government, they reduced the alcohol content. A few years back they reconstructed the recipe. Here it is:

Mash together the gentian, orange peel, cinnamon, anise, coriander, cardamom and Peruvian bark. Mix the crushed ingredients with the gum kino and the alcohol. Let the mixture sit in a closed container for two weeks, shaking occasionally. Strain the mixture, add the sugar and water to the strained liquid and serve. 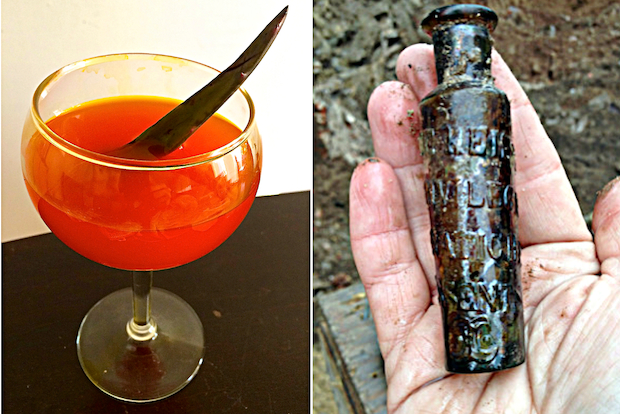 Archaeologists tracked down the German recipe after finding a tiny glass bottle beneath a Bowery site.

If you want to see one of Hostetter’s Almanacs from several years later, go here: 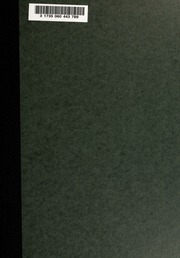 Okay, so the patent medicine turns out to be a sweet alcoholic mix of “medicinal” herbs of dubious value. Who’s surprised? But Dr. Hostetter’s Bitters are the image of health compared to the one hosting the other almanac:

I admit that I picked this one up because its cover has an engraving of Columbus Discovering America. It’s the 400th anniversary edition. But Ayer’s is lacking a lot of stuff. It’s got the Zodiac and the important dates and a month-by-month, but there are no humorous cartoons. Instead, it’s almost all ads for Ayer’s nostruums. But in this case we have not just one, but three different concoctions – Ayer’s Sarsaparilla, Ayer’s Pills and Ayer’s Cherry Pectoral. Between them, these claim to cure everything from Catarrh (basically anything producing a lot of mucous), Tuberculosis, Scrofula, Eczema, “Female Complaints”, and justr about anything else!

The Sarsaparilla appears to have been something like root beer/birch beer. A nice drink, but of negligible medicinal value.

As for Ayer’s Cathartic Pills, here’s what in them:

Description --The indications or uses for this product as provided on its packaging: 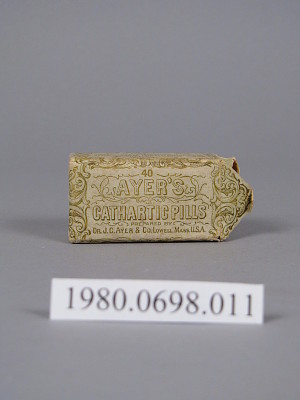 The indications or uses for this product as provided on its packaging: Cathartic

Probably not much of value there.

The real winner is Ayer’s Cherry Pectoral, which is urged as a remedy for all those childhood ills. What was in it?

Many of the ingredients used in patent medicines were grown in the South, yet there were very few southern patent medicine manufacturers. In fact, the year 1865 was not yet over before a Charleston druggist was shipping north the roots of southern plants for use in J.C. Ayer’s medicinal products. James Cook Ayer was a qualified doctor (a rarity among patent medicine manufacturers) who began to create his own line of medicinal remedies in the 1840s. His Lowell Massachusetts patent medicine business produced formulas such as Ayer’s Cherry Pectoral-his first product and one which targeted the health of the younger population. Given its enormous popularity, the recovery of only 6 bottles from the wreck of the SS Republic seems a bit surprising.

Child deaths were the scourge of the 19th century, and parents rich or poor were often helpless in the face of fatal infections and disease that took away their loved ones. Ayer’s Cherry Pectoral was one of the popular products of the day that claimed to cure dreaded childhood afflictions such as whooping cough, influenza, consumption, as well as all diseases of the lungs and throat.

Advertising tactics played on the fears of worried mothers, warning “that every hour of delay in the effective treatment of such maladies is dangerous and may be fatal.” They further proclaimed the curative virtues of Ayer’s Cherry Pectoral which, when taken promptly, was “the most reliable medicine that can be procured.” Its effects “are magical and multitudes are annually preserved from serious illness by its timely and faithful use.”

The Cherry Pectoral’s “magic” was in fact, due to its narcotic component, an opium derivative which at the time was a legal ingredient frequently used in medicines and available without restrictions. Ayer’s popular remedy received global acclaim, and was even shipped in special “ornate boxes” to foreign dignitaries. When James Cook Ayer retired in the early 1870s, he had acquired a vast fortune from his patent medicine industry and was considered the wealthiest manufacturer of patent medicines in the country.

http://odysseysvirtualmuseum.com/products/Ayer's-Cherry-Pectoral-Bottle.html
Yup! Give your kids Opiates!
Ayer became the richest man making patent medicines, with a fortune of 20 million dollars. They named the town of Ayer, MA after him (although his business was in Lowell)

He ran for Congress in 1874, but was defeated, and died in an insane asylum four years later. There’s a moral in there somewhere, but damned if I can figure it out.

https://en.wikipedia.org/wiki/James_Cook_Ayer
If you want to see an Ayer’s Almanac from a different year, look here: 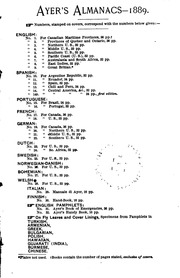 Book digitized by Google from the library of the University of Michigan and uploaded to the Internet Archive by user tpb.

PopSci has cornered the market. The latest one has a two-pager for deuteriumless water, light water actually being healthier than heavy water. As if what comes out of your tap is measurably heavy.

FTR, while I appreciate the gift subscription, I was always more of a PopMex guy.

The recipe for stomach bitters sounds like it would actually make a mighty good aperitif or digestif, if only they didn’t put so much damn water in it. I might mix up a batch if I knew where to buy Peruvian bark and gum kino.

heh to think all theyed have to do today is remove the narcotic element and put in the disclaimer " this product hasn’t been evaluated by the fda and dosent claim to cure any disease …".

The recipe for stomach bitters sounds like it would actually make a mighty good aperitif or digestif, if only they didn’t put so much damn water in it. I might mix up a batch if I knew where to buy Peruvian bark and gum kino.

Chinchona is the plant that quinine is derived from. If you can get of some of that, I guess it would be a reasonable subsitute