What is it about particles with non-integer spin values that makes them subject to Pauli exclusion? Or, I suppose, conversely, why are particles with whole number spins not affected by it?

It may have to do with the quantization of space. 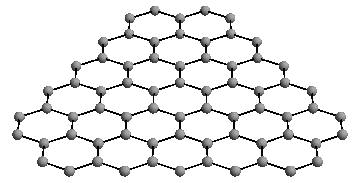 (PhysOrg.com) -- Physicists at UCLA set out to design a better transistor and ended up discovering a new way to think about the structure of space.

Just a drive-by posting from me for now… What you are after is the spin-statistics theorem.

Sounds like you’re looking for the spin-statistics theorem. If you have a state with two identical particles, then switching them should result in the same physics, which means that the wave function is invariant up to phase. Since performing the switch twice leads back the original state, that phase is +1 or -1. Fermions have -1; bosons have +1. In particular, a state \psi with two identical fermions is equal to -\psi. Oops. That’s the Pauli exclusion principle.

That’s a glib explanation that omits a lot of important details: (a) what exactly is spin, (b) why is it intrinsic, © and why is that phase factor a function of spin? Short answers are (a) what representation of so(3) the particle lives in; (b) because things would get weird if you popped out of one representation into another while undergoing a rotation; and © because relativistic invariance and field theory require it. (Slightly longer but no more helpful explanation: because its behavior under so(3) puts conditions on its behavior under so(1, 3), but Lorentz invariance constrains the latter. About six pages of math later, you get the spin-statistics theorem.)

Thanks, I appreciate your responses.

As I suspected, though, the math and physics are way, way beyond me. But, I can settle for a vague intuitive notion; and I think I am getting a bit of one from the Wiki link (the “General Discussion” part of the article). So, thanks!

I don’t know what level of explanation you’re looking for, but this site has a very simple one.

I don’t know what level of explanation you’re looking for, but this site has a very simple one.

That’s an excellent resource. Thank you.