An offshoot from the Zippo collection thread.

Does anyone know anything about Penguin lighters? One type looks like Zippos, but were made in Japan. They seemed to be popular in the '60s. The non-Zippo type, the kind with the ellipsoid bodies and the mechanism on top like these, seem often to advertise a particular brand of cigarettes. The Zippo-style ones do as well. (Example. – do they still make Lucky Strike cigarettes?) Browsing, I see many with military insignias on them; which would make sense for a Japanese brand in the '60s.

Zippo and Ronson have their own Wikipedia pages; but I’m not finding anything on Penguin. Was there a Penguin company? Or was it a brand by a manufacturer with another name? When were they made? Did the cigarette companies pay them to use their logos? Or was it the other way round? Whatever happened to them?

Sorry, Johnny L.A., I have nothing useful to contribute (Surprise!). My mind went here.

Sorry, Johnny L.A., I have nothing useful to contribute (Surprise!). My mind went here.

Same here, with some idle speculation about flammability of oily feathers.

In an effort to be at least vaguely helpful, however, I used my Google-fu a bit. According to a collector’s page, Penguin was a manufacturer:

They appear to have made a lot of promotional lighters.

When I saw the title of this thread, I thought it was going to be about setting penguins on fire.

This is not helpful AT ALL:

If you and Mr. Penguin were in your rowboat and you didn’t have a match for your ciggie, you’d throw the bird overboard and your boat becomes a penguin lighter.

If you and Mr. Penguin were in your rowboat and you didn’t have a match for your ciggie, you’d throw the bird overboard and your boat becomes a penguin lighter.

But, if it were a barge, rather than a rowboat, it would also become a penguinless lighter.

I believe our work here is done.

If memory serves me right Penguin may have been the name of the advertising item manufacturing company/branding company. I remember not just the lighters but other smoking related items carrying that name like cigarette cases and possibly ashtrays. Many were advertising but not all.

I’d have thought a Puffin would suit smokers better. 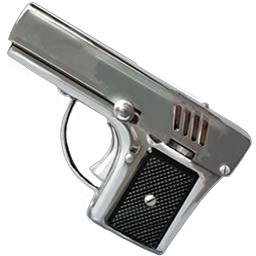 "Nothing fancy here, but it seems to be authentic and it seems to work. Not very valuable, but it's not fake if that's what you're asking." -Expert

According to this, Penguin made them for the cigarette companys.