Most historical dramas, no matter the era, tend to use decidedly modern orchestral scores. Are there any films set in the distant past (say, before the 19th century) that are scored in a way that at least attempts to be faithful in style and instrumentation to that period? (Note I’m speaking here of the incidental underscore that is directed to the film’s audience, not diegetic or “in-story” music that the characters in the film would be aware of.)

I realize that our knowledge of historical music becomes hazier and more fragmentary the farther back in time you go, but even for ancient times I think we have a pretty good idea of the sort of instruments and scales that were used. For example, we know that Ancient Greece had pan-flutes and lyres, but not violins and guitars, and that the music was primarily monophonic.

As to why I’m asking this question: just idle curiosity. I’m not trying to argue that it’s wrong for filmmakers to use a modern underscore in a period film; I’m just curious as to whether any of them made a conscious effort to use period-appropriate music, perhaps as an immersive technique.

I seem to remember the brilliant Dangerous Liaisons had a score that seemed faithful to the era. It was an original score but the music was generally adapted from period pieces.

Of course there are tons of period dramas set in the 1960’s, 70’s and 80’s which use actual period music but not sure you were really asking about that.

I haven’t researched the instruments used, but certainly the style of music used in Peter Greenaway’s The Draughtsman’s Contract is written (by Michael Nyman) to reflect the period of the film/movie.

…the film is a form of murder mystery, set in rural Wiltshire, England in 1694 (during the reign of William III and Mary II). The period setting is reflected in Michael Nyman’s score, which borrows widely from Henry Purcell… 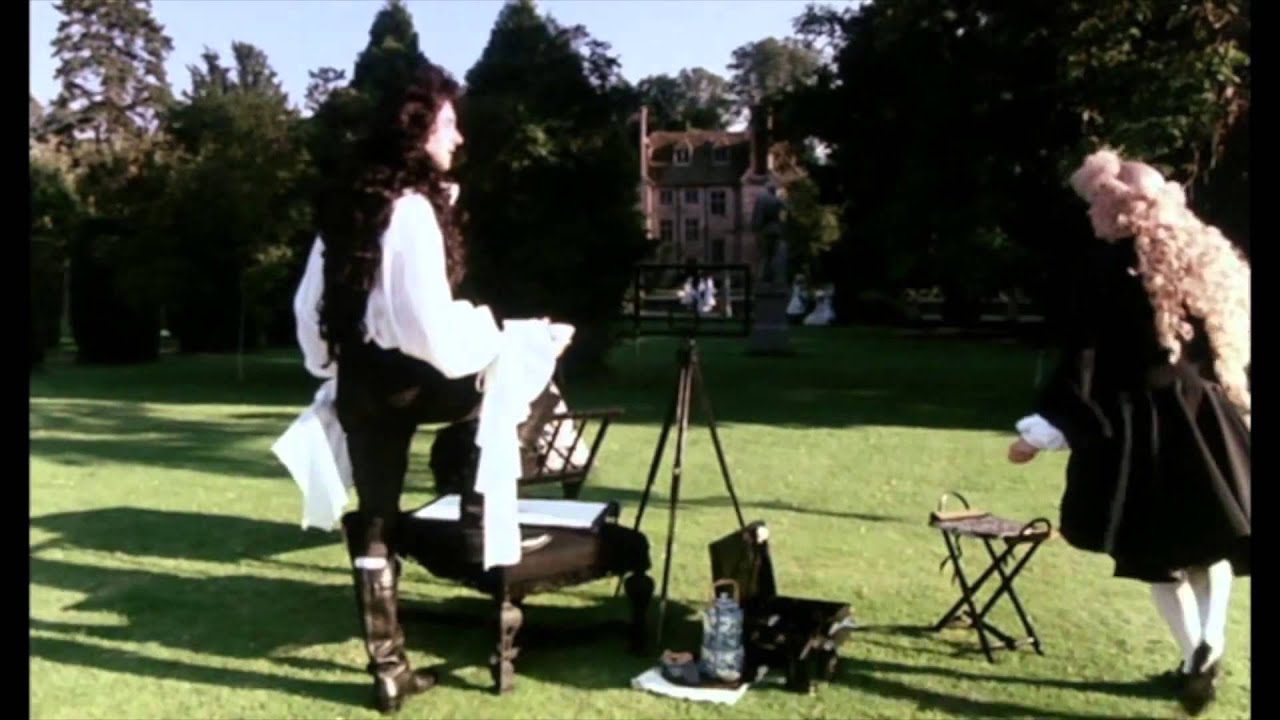 The first film I thought of was Barry Lyndon. Mostly period-correct. Can’t remember if there was any original music (i.e., composed for the movie).

Am I out-of-bounds in suggesting Amadeus or Immortal Beloved ?

First one that sprang to mind was Room with a View, set in Edwardian England and Florence. It used Puccini heavily, which would have been both time and location relevant.

The first film I thought of was Barry Lyndon

Yes, me too. The music all seems to be pretty authentic.

Room with a View

It does have a lot of period music, but there also seem to be pieces and arrangements by Richard Robbins.

It’s a great movie and one of the rare cases where the movie is better than book.

The Madness of King George is a bad movie, but the soundtrack seems to be all Handel, except for Greensleeves (for some weird reason).

It’s difficult to find movies set earlier than the 18th century with authentic music, probably because earlier music doesn’t generally appeal to modern taste. You may find the occasional dance or ballad, but nothing more.

I realise it isn’t film, but the British TV Series Sharpe (starring Sean Bean of Ned Stark/GOT fame), set during the Napoleonic Wars in Spain, features a strong sound track of old English folk songs and regimental tunes from the period. They even released a CD (remember those!)

The first film I thought of was Barry Lyndon. Mostly period-correct. Can’t remember if there was any original music (i.e., composed for the movie).

This was the first film I thought of too. One piece which isn’t period-correct is Schubert’s lovely Piano Trio 2 , used in the famous gambling scene,which was composed in 1827 while the film is mostly set in the 1760s and 1770s.

From medieval times there was a standard musical notation, and a lot of music was written down. But it tended to be serious music, rather than popular music.

There’s a lot of beautiful and highly sophisticated polyphonic music from the 16th century onwards, but it’s a bit of an acquired taste, and the average movie-goer today wouldn’t enjoy it.

It’s difficult to find movies set earlier than the 18th century with authentic music, probably because earlier music doesn’t generally appeal to modern taste. You may find the occasional dance or ballad, but nothing more.

There’s Tous Les Matins Du Monde but that’s slightly unfair, given that it’s about the composers (Marais and Saint-Colombe) whose music is being used (with some Lully and Couperin thrown in for good measure).

American Graffiti isn’t that old, but it mostly fits. The film is set in 1962, and almost all the songs on the soundtrack are from 1962 or earlier. 41 Original Hits from the Soundtrack of American Graffiti

41 Original Hits from the Soundtrack of American Graffiti is the official 1973 soundtrack album of the film American Graffiti. It has been certified triple platinum in the U.S., where it peaked at #10 on the Billboard 200 album chart. Included in the film, but not on the soundtrack, are "Gee" by the Crows, "Louie Louie" by Flash Cadillac & the Continental Kids, and Harrison Ford's in-character a cappella rendition of "Some Enchanted Evening". A second compilation, titled More American Graffiti ...

The exceptions are two remakes by Flash Cadillac and the Continental Kids (who at least did record then, and the songs themselves are from the period) and a Beach Boys song from 1964

Although I have to admit that I, too, first thought of Barry Lyndon. It’s pretty hard not to – Kubrick was one of the few directors and one of the first to use period music or classical music in his soundtrack, rather than commissioning an original score, and he did do historic films. Plus I used to listen to the album from the film over and over.

The movie was made in 1973 and set in 1962. I wouldn’t say it counts as a period movie, and when you’re using music from only 10 years earlier, it doesn’t take much effort to be ‘historically accurate’.

The OP asked about “films set in the distant past”.

The movie was made in 1973 and set in 1962. I wouldn’t say it counts as a period movie, and when you’re using music from only 10 years earlier, it doesn’t take much effort to be ‘historically accurate’.

No, it definitely doesn’t count. And neither does Apocalypse Now, which is set in 1969 or thereabouts and started filming in 1976.

The OP asked about “films set in the distant past”.

Right. I did this because there’s no shortage of recent period films set in the mid- to late 20th century that have contemporaneous pop/rock music soundtracks. The question becomes more interesting if we restrict ourselves to films set at least a couple hundred years ago.

I understand, but IO gave my reasons – until recently , aside from incidental music, scores have been custom-written for the film, and you wouldn’t find many scores at all using only historically accurate music simply because so few of them used scores not written at the timre of the films. I suspect you’ll only find things post-Kubrick, and precious few of those. It’s not coincidental that so many people thought of Barry Lyndon.

Actually, if you’re looking for scores written to be in the style of the period music, using appropriate instruments, one non-movie example is the student-written You’ve Got to have Art, a “Tech Show” put on at MIT in the 1960s. Set in Renaissance Italy, it was a sort of Marx Brothers story, but the music was written in the style of the time.

There are plenty of movies about composers and performers that only use period music, before Kubrick.

I’m sure there are several others.

Hang on, if we’re dipping into the 20th century here then I’ll add in one of my favorite films, Death In Venice. Here’s the climactic scene (I mean, with yer actual Death) - chock full of Mahler. 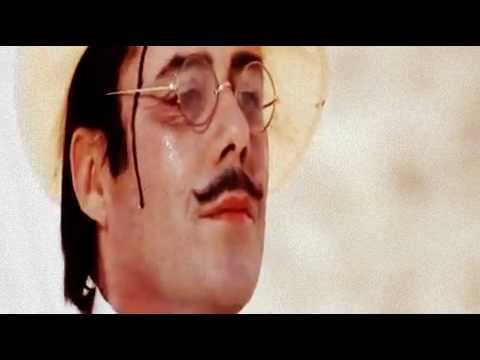 Master and Commander: the Far Side of the World - with Russell Crowe and Paul Bettany, relies mainly on contemporary musical pieces for its soundtrack. The book series often mentioned specific pieces played by their characters, but I’m not sure if these were exclusively used.

There’s Tous Les Matins Du Monde but that’s slightly unfair, given that it’s about the composers (Marais and Saint-Colombe) whose music is being used (with some Lully and Couperin thrown in for good measure).

That was the first film I thought of when I saw this thread.

In regard to Barry Lyndon, Leonard Rosenman (who is mainly known for modernistic scores like Fantastic Voyage), got an Oscar for adapting the period music. A year later, he got a second Oscar for adapting Woody Guthrie songs in Bound for Glory. In his acceptance speech, he said in a mock-protesting tone, “I write original music too!”