Persecuted Malawi couple break up - over a woman.

Article cut down some - if it isn’t enough, just tell me.

(Reuters) - A gay Malawian couple whose 14-year prison sentence for their love affair led to international condemnation has split over a girl, a newspaper report said on Tuesday.

Steven Monjeza, 26, told The Nation, a major local daily, he had left his partner, 20-year-old Tiwonge Chimbalanga, because he had been coerced into the gay relationship and found a better match with a 24-year-old woman named Dorothy.

“I am looking forward to a future with him. I don’t care what people say. But I am yet to tell my parents,” she told the paper.

They were tried and found guilty in May of sodomy and indecency. The trial became a test case for gay rights in the southern African country.

Activists and the international community welcomed their pardon, with the White House urging an end to “the persecution and criminalisation of sexual orientation and gender identity.”

Homosexuality in Africa, which is illegal in most of the continent’s 53 countries, has become a contentious issue in recent months after a Ugandan lawmaker proposed a bill including the death penalty for some acts, police raided a gay wedding in Kenya and the Malawian couple were arrested.

This is like those ‘gay’ penguins all over again - one went off with a woman. 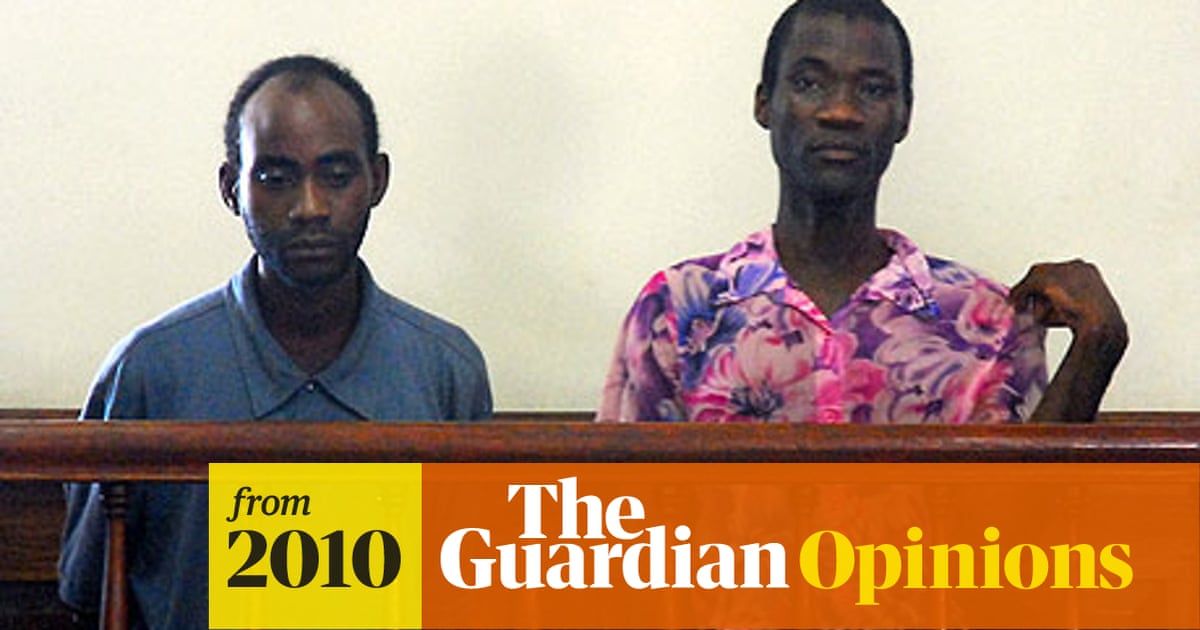 Once again the T in LGBT is silenced | Natacha Kennedy

Natacha Kennedy: The case of the jailed Malawian 'gay' couple is all the worse as one partner has had her transgender identity airbrushed out

Turns out that the couple isn’t actually gay - one identifies as a woman and has lived as a woman for most of their life.

And I’m willing to bet he’s been pressured into saying all of that as well. Very different culture and all. You think we’re homophobic, or trans-phobic, or whatever, in the US? We’ve got nothing on a lot of places, unfortunately.

Face 14 years in the slammer or claim coercion? Easy. People do it in the US military too. If you’re going to have gay sex with someone, make sure they’re at least one pay grade above you. They get busted and you get to claim one-time coercion.

So Steven is a friend of Dorothy?