I’m not sure what is meant by proleptic in the following context. Prolepsis can means something anticipative. It can also mean “Previous; antecedent.” I look forward to your feedback
davidmich 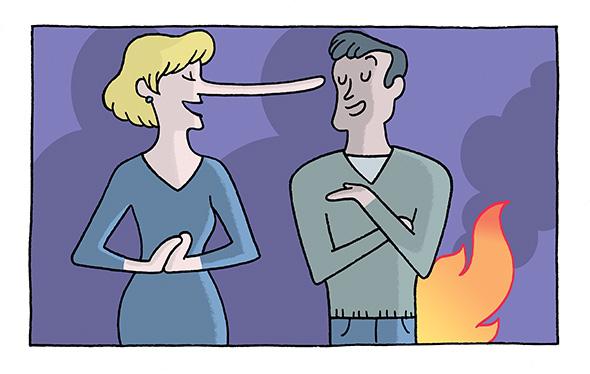 A New Book on Lies and the Lying Liars We Are

House was a great show, at least for the first few seasons. Hugh Laurie played a cantankerous drug addict doctor with near-mystical powers of...

“There’s a proleptic shadow on Eve’s lie, something heartsore that points at the brokenness or inadequacy of the world-as-is.”

Anyway, the word is clearly being used in the sense of “the representation of something in the future as if it already existed.” The author or work being discussed argues that Eve’s saying that they weren’t even allowed to touch the tree of knowledge was a lie that typifies the modern world, not the idyllic innocence of Eden.