I’ve got an 11 year old who is serving up Aces at school, but is struggling with getting things typed up in a timely fashion. She’s excelling at the HPC method (hunt, peck, cuss) but most of her electronic experience at this stage is with Instant Messaging and all the acronyms that go with it, so she’s not likely to get proficient staying with her current method.

I’ve not had much luck with googling blind for software I’d like to purchase, so I thought I would see what the dopers could suggest. Is there a software package that has good credence and is worth recommending?

Thanks in advance for your help.

I taught myself as an adult using this: 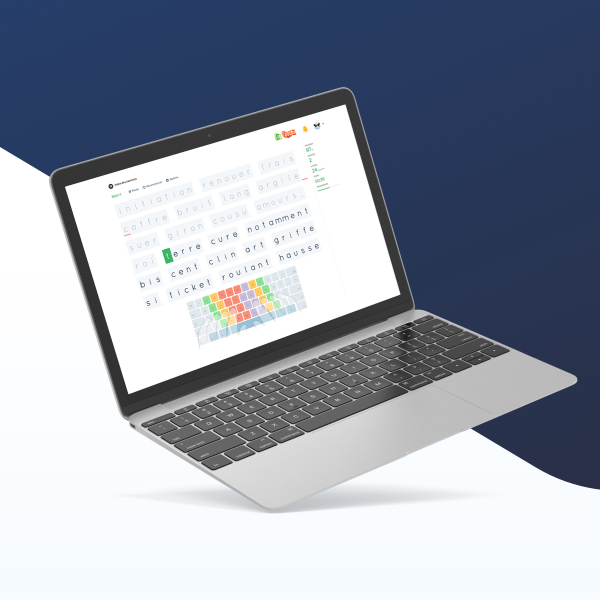 Learning to type is pretty boring. I don’t know of any way to really make it fun but it does have little animations and that sort of thing. It looks like they have a free trial so you can see how she does with it first.

But if you’re not quite ready to sacrifice her soul and social life forever, back in school we used Mavis Beacon Teaches Typing. It was silly at first, but hey, it actually seemed to work – I went from hunt-and-peck to (eventually) 130+ wpm. I haven’t tried the newer versions, but I imagine the basic principles are roughly the same.

I took a course in touch typing in high school, but didn’t really build up speed or accuracy, because I didn’t practice at home as much as I should have.

Then my parents bought my family (my husband and myself) a TI994/A computer. This was an early, early, early computer, no disk drive (one was available, I think), it used cartridges and a cassette tape drive. I had to either buy cartridges, which were QUITE expensive, or type in programs that were printed in various magazines. I became very, very accurate, and built up some speed. I had Scott Adams’ Adventures games, which was a basic cartridge with various cassette tapes. It had a rather simpleminded parser, which was capable of understanding two word commands like Get Lamp and Light Lamp.

Then we got a Commodore 128, and I got Zork. Again, I built up speed and accuracy. Later still, when we had a Windows box, I started playing Gemstone III, which was a textbased online RPG. Again, speed and accuracy counted, especially since it was realtime. If you spend too long typing a command, that giant rat has already killed you.

I learned from my mom but she wasn’t particularly fast. I later used Mavis Beacon and within 2 months my speed improved from 20WPM to over 50WPM. After a few years of not needing to type very often, my speed had declined so I went back to Mavis Beacon and got my speed over 80WPM.

It was probably around 1990 when I first used it. When I was forced to take typing in 7th grade (1992) I was a faster and more accurate typist than my teacher. The more recent version of the program that I used was just 2 or 3 years ago. Even though I was already a very good typist, the program still did a very good job catering to my specific needs (speed and consistency).

The only thing that my middle school typing teacher did that was in any way effective was using a cardboard box to cover our keyboards. We had little cutouts for our hands but they weren’t big enough to allow us to see the keyboard. That really helped with the hunter-peckers.

The most important thing about Mavis Beacon is that it’s way more fun than any other method I’ve used. This makes it much easier to practice a lot.