Please, suggest some historical biographies for me to read

As a rule, I enjoy reading well written, historically relevant biographies and I would appreciate it if you would share some of your favorites. I tend to skip around and not focus too much on any era or culture so feel free to throw any worthwhile texts out for consideration. With that being said, prominent post World War Uno, American political and military figures are going to be among the least interesting people IMHO. Also the standard celebrity tell-all/exposé also fails to excite much interest unless they are exceptionally well sourced. I get quite enough fiction in my life as is thank you.

Do you have any good ideas for my next read?

It may help if you tell us some of the biographies you’ve enjoyed, so that we can get an idea of the kind of things you like. Autobiographies too?

I can give you a list of books that were interesting to me if needed but to be honest, I’m curious about what you consider worthwhile by your standards and interests. I’m trying to expand my perspective and it’s difficult to do that when you read my list and try to suggest more of the same. The only real guidance I can offer is that as a general rule, I’m not looking for entertainment. Sober, even dry examinations of historical eras and society from people who actually witnessed them are a better bet for me.

If you feel that a given biography was a good read for you then please share.

The Pageant of England four book series by Costain, The Last Plantagenets being the last book. Mostly biographies of all the Plantagenet Kings.

Anthony Allfrey, Man of Arms: The Life and Legend of Sir Basil Zaharoff

Byron Farwell, Burton - NOTE: This is about the explorer, not the drunken sot actor

Thomas Powers, The Man Who Kept the Secrets: Richard Helms and the CIA

George Seldes, Witness to a Century

The greatest work of biography ever written, beyond all doubt, is James Boswell’s Life of Dr Samuel Johnson.

Firstly because Johnson was an extremely interesting man. He combined several qualities rarely found in the same person:

Boswell was one of Johnson’s closest friends for more than 20 years, and recorded conversations with him most of that time. Boswell himself is a brilliant and entertaining writer, and a fascinating person, well-known and respected in own time. He is sometimes misunderstood because he liked to make fun of himself.

Boswell wrote a ‘warts and all’ biography of Johnson. We see all Johnson’s faults, foibles, eccentricities, and humanity as well as his brilliance and insights. We see him at his best and at his worst. Other people at that time who knew Johnson well, uniformly agree that the picture is accurate.

Someone once said that reading the Life of Johnson is like looking through a window into the 18th century.

You see all the little details of everyday life. You are like a fly on the wall at dinners with the great and famous, casual conversations with ordinary people, journeys in carriages with Johnson, walks though the street, meals in inns.

The first part of the Life is less interesting (but still good), before Boswell met Johnson - then it becomes unputdownable.

A few samples (spoilered for length):

Just about any biography by David McCullough, Truman being my favorite. Others I’ve read and enjoyed thoroughly these past couple of years are Washington: A Life, Grant and Alexander Hamilton, all by Ron Chernow; Leonardo da Vinci, by Walter Isaacson; and Napoleon: A Life, by Andrew Roberts.

The Decipherment of Linear B by John Chadwick

A biography I found fascinating was Frederick the Great by Nancy Mitford.

He was King of Prussia, and by far the greatest military commander of his time, winning incredible victories against huge odds, and commanding his armies in battle in person - and he was gay enough to be Queen rather than King.

He single-handedly made Prussia into a powerful and leading state from a tiny, unimportant principality. He was very liberal and progressive for his time, but also ruled as an authoritarian absolute monarch.

It’s difficult to find another great historical figure so full of contradictions. But he was basically a good guy.

Nancy Mitford’s biography is serious and comprehensive, while still being highly readable.

If you’re up for a tome, consider The Verneys by Adrian Tinniswood. It bills itself as a biography of a family, but it’s really centered around just two successive heads of household - Sir Edmund Verney and his son Ralph. They were a prominent English Civil War era family, and Edmund and Ralph shared one very important characteristic - they kept everything they ever wrote. Accounts, notes, people’s letters to them, their drafts of their letters to other people … reams and reams of paper. So the book draws on this incredibly rich detailed mine of information about all the actual people involved, in their own words.

Because the period involved covers an extremely tumultuous era, it’s also interesting in its own right, and Verneys are present, occasionally doing key and significant things, at various points in the Civil War. And they’re all interesting and very different people. The bulk of the book covers the best part of a century, from Edmund’s childhood up to Ralph’s death, but it doesn’t feel like it’s skimming over anything (partly because there’s A Lot of book … but when it’s a good book, that’s a good thing!)

I have three suggestions, one scientific, one historical and one from modern culture:

An impressive tale of one of history’s greatest scientific pioneers, often standing in the shadows of others and a bit forgotten, highlighting his radical theories of nature as something endlessly interwoven and interdependent. Very exciting read.

All the contradictions of the life of a genius, charlatan and tyrant who was one of the single people in history who caused the most radical changes to mankind.

I’ve read many (auto)biographies of musicians/bands, but this is the most exciting and most of all, funniest of them all. And you really can hear the Keef we all know and love in between all those lines, no doubt that there wasn’t much polishing and editing to his very own tale.

And the Band Played On A history of the HIV pandemic

The Nazi Doctors: Medical Killing and the Psychology of Genocide by Robert Jay Lifton A study on how Doctors who were trained to heal could lead a killing machine and the psychological ways that they adapted to their task.

One of the most charming biographies ever written is Lytton Strachey’s Queen Victoria. (It’s also not very long.)

You can read or download it free at Gutenberg: 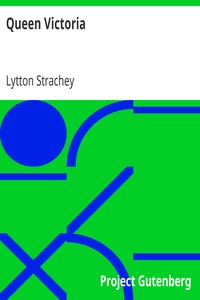 One downside is Caro decided to focus on certain emblematic turning points in Johnson’s life. So there are some portions of Johnson’s life which are covered in great detail while other portions are passed over lightly.

Another downside is the work’s length. It’s very readable but it’s not a short work. It’s currently four volumes long and it’s intended to have a concluding fifth volume.

And also Caros Master Builder a bio of Robert Moses. One of the best books I have read.

Not a biography in the strictest sense, but you might enjoy Blue Latitudes: Boldly Going Where Captain Cook Has Gone Before, sort of a bio/travelogue where Tony Horwitz retraces Cook’s travels in the present day while recounting the Captain’s globe-trotting career.

I’m currently working my way through Mad Madge, a biography of Margaret Cavendish, Duchess of Newcastle in the mid-17th century and one of the earliest women to publish their writings under their own name. Cavendish is best known for her proto-scifi work The Blazing World.

The biography is very much a scholarly work but a well-written one, by which I mean that it’s fascinating (and not remotely dry) but extremely information-rich, covering not just life events but giving the social, economic, political, medical, etc contexts. I find I’ve had to stop every half dozen pages to think about what I’ve just read.

(One of the things that I’ve found most striking is that, even though Margaret was William Cavendish’s second wife and it was one of those marriages of minor nobles for social reasons, the two remained genuinely, deeply in love with each other for their entire marriage and William was incredibly supportive of her writing at a time when respectable women simply didn’t do that sort of thing.)

And also Caros Master Builder a bio of Robert Moses. One of the best books I have read.

I came in to trumpet this book. Certainly the best biography I have ever read.