Poll: Do you still own (and use) a printer?

"Well, because whenever any of us see something cute on the internet, we print it out and pass it around to our friends! Don’t you?’ 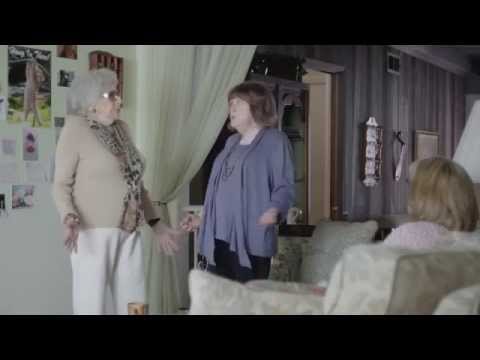 The cost is negligible unless you would be doing something more productive in that that time.

All you are talking about is convenience, and convenience is negligible when something is rare

But cost is not just about productivity, narrowly defined, and convenience is worth a lot to busy people. You know what I can do in the half-hour that I don’t need to go to the library or Kinkos? I can go for a walk, or have a cup of tea with my wife, or read a book, or watch TV, or post on the Dope. All of that is worth something to me, even if it’s not productive in the sense of actually getting my paid work accomplished.

My wife and I are not rich , but we’re both employed in professional jobs, and the convenience of having a printer at home has been worth far, far more to us–in time, convenience, and money–than the less-than-$300 we have paid out to purchase the printer ($99), two additional toner cartridges (about $60 each), and paper (maybe four or five reams, at about $7-10 each).

I don’t disagree with anything you said. But you seem to have missed the context of what you are quoting.

The context here is something that you rarely do. Convenience cost is a per use thing. The cost for something you do rarely, when averaged over time, is utterly small. It is thus generally neglible

You may also note that I left out the cost of paper, as well. That’s because paper is also rather cheap. So I treated it as neglitible in my high level value calculation. If anything, I consider it to cancel out the neglible convenience factor.

If you use the printer often enough that the convenience cost is non-negligible, great. I’m not here to tell anyone they’re wrong about their own use. But I would say then that you were not in the category I was talking about–people who currently do not own a printer because they print so rarely that they never bothered. That’s how this conversation started–a poster said that everyone needs a printer, even if they rarely print, and I disagreed with them.

And I’ll note that intuition, while useful, is something to be questioned, not taken as absolute truth. Intuition is influenced by your environment, including your society. People don’t even agree on what is intuitive. Intuition is great for making quick choices, but when you hae time to think things through, I think it should be questioned and even refined to help you make better choices in the future.

That, ironically, is intuitive to me.

Nope, haven’t used a printer in years. Literally. I find that I can sign documents as PDFs pretty easily and then just email them back.

I’m actually trying to get my current printer to work. I hadn’t used it in a month or two and it’s printing weird - one page the colors are too dark, the next almost no color at all and weird lines through it. I hope it’s not broken; I want to print out some instructions for a lego moc I designed.

In a household of musicians, we frequently print out sheet music (not everything works well on a tablet).

I can’t stand anything that uses inkjets, since they clog unless used daily.

My current printer is the best one I have ever had–it’s a midrange HP duplex wifi-enabled laser printer. No wires to mess with, and since it supports AirPrint, every device in my house can use it without any setup needed, other than “which printer do you wish to use?”. iPhones, iPads, my iMac, all use it without any setup. Even my daughter’s Windows 10 laptop had no problem whatsoever finding it and using it.

If it’s not an HP printer then replacing the ink cartridges may not help. HP printer cartridges replace the print heads as well as the ink.

Overall if you don’t need color printing I’d suggest making a long-term investment in a cheap ($100) Brother laser printer, it will always work when you need it. Just install the drivers, don’t install all their software because it’s more trouble than it’s worth.

If it’s not an HP printer then replacing the ink cartridges may not help. HP printer cartridges replace the print heads as well as the ink.

Overall if you don’t need color printing I’d suggest making a long-term investment in a cheap ($100) Brother laser printer, it will always work when you need it. Just install the drivers, don’t install all their software because it’s more trouble than it’s worth.

I turn out to need color now and then - for example I’m trying to print out instructions for a lego moc right now, and turning all the colors to shades of grey wouldn’t help.

If I printed a lot of stuff I’d invest in a color laserjet, but I don’t print a lot. Plus I’m in no hurry to replace my current printer since I like the scanner it has built into the top of it.

Yeah, it’d be better if I printed often enough to keep the thing from drying out, but I print as much as I print and that’s all that I print.

Replacing the cartridges is a bit painful pricewise for what I get out of them, but since then next best option is buying a new color laser printer and a scanner…

We have an HP OfficeJet Pro 6978 that we bought in April 2018. Looking up the statistics, we’ve apparently printed 2579 pages in its lifetime. That works out to roughly 19 pages per week - a bit higher than I’d have guessed, but within the realm of plausibility.

We could live without it, I suppose, but I would not want to. I use the scanner capability much more - we still receive many paper documents that I scan and toss.

I was under the impression that inkjets were quite popular among the civilian printer-having market, entirely on account of being inexpensive. I don’t know that business world has the same tastes, on account of cheap things sometimes being, well, cheap.

Yesterday I printed a few 4x6 photos from Petfinder for my neighbor and this morning I printed the 6 stages for Saturdays pistol match. My Epson all in one gets lots of use.

I use the scanner part with OCR software to scan text so my wife doesn’t need to type stuff for her church group.

I was under the impression that inkjets were quite popular among the civilian printer-having market, entirely on account of being inexpensive. I don’t know that business world has the same tastes, on account of cheap things sometimes being, well, cheap.

The problem is that their cheapness is often an illusion. Since the ink dries up, you need to use them often enough to keep that from happening. But, if you do that, it very quickly becomes a better investment to have a laser printer instead, due mostly to the cost of the cartridges. There’s only a small niche where the inkjet is actually the cheaper option. And I think the necessity of that niche is getting lower with things becoming more and more digital.

Where I think inkjets actually excel is in being impulse buys for when you need a printer only for a short period of time. You just don’t care about the ink price, as you’ll probably not ever use it. If you need to print again, you’ll just wind up buying a whole new printer to replace the dried out ink cartridge, as the cost will be about the same.

Those are the people for whom I recommend at least considering other options, like printing elsewhere. Sure, maybe doing so is very much out of the way for you. But, for me, I’m going to be in the general area in the first place, and can make a detour on my way home.

I used to keep buying printers. But (until recently with the pandemic) I started just taking the 10 cent hit per page.

BTW, if anyone wonders, it turned out I didn’t actually need a printout. I contacted them, and they told me that the label on the outside superceded the need for any printed document in the inside. And, as I said before, UPS lets you just put the barcode on your phone, and will print the label for you at the store.

Due to family issues, I just recently got to send it off, and they’ve just now shipped the replacement. All without having to have printed anything.

That said, the pandemic and Christmas are both good excuses to be looking for a cheap enough laserjet, now that I know they can be that cheap. The lower the cost of the printer, the less negligible the convenience cost. Plus there’s always the fun of a new gadget.

I may actually have access free laserjet that just needs some repair (it weirdly prints red junk on the sides of all pages after a while), which could be a fun project—even if all I wind up doing is finding a way to get it to print in black and white (having removed all red toner without it noticing its empty).