Poll: Elon Musk buys Twitter. What do you do?

A kid created a bot to track the movements of Elon Musk’s private jet and has a Twitter account that updates its location. Musk didn’t like this and tried to pay the kid off to kill the account. He refused. Will Musk let this Twitter account continue? He claims to be a “free speech absolutist” so let’s see.

He’s already said he’s going to make changes to the platform to get rid of bots. So bye bye kiddo.

So is he spending $44 billion because he’s annoyed at being tracked? The kid maintains accounts on other social media platforms for the same purpose.

If that is indeed the case, I salute the kid. Imagine being so young and able to get under the skin off a billionaire so much that he spends 45bil just to sink the kid’s account. 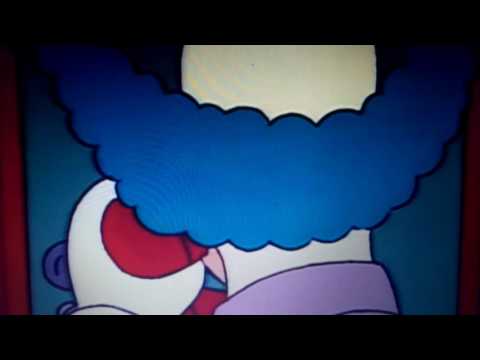 He’s already said he’s going to make changes to the platform to get rid of bots. So bye bye kiddo.

Actually, his statement talks about getting rid of “spam bots”. Is this the same thing?

I use Twitter daily, and I’ll probably stick around until/if he does something really intolerable like stopping people from posting pictures of their pets.

I have a Twitter account, which I grudgingly got 10 or 15 years ago because I was in charge of the communications department for a large infrastructure project so I sort of had to. But I only posted 2-3 times and as soon as I left the job I stopped looking at it. My account is still out there somewhere, I suppose, but with or without Elon Musk I have zero interest in it.

I’m on Twitter daily as well (and multiple times a day at that). If Elon opens up the flood gates and the Trumpers can swarming back, then I’m probably out.

Though I am curious if he’ll really do that. It would probably lead to people leaving the platform and will he make enough money from the Trumpers to offset those leaving? Especially if it leads to reporters and news accounts leaving (as a lot of people are on Twitter to get breaking stories directly from journalists - esp in sports).

Though he also wants to make money of it and has mentioned paid tiers… which will likely lead to a quicker exodus.

I’ve registered my real name and user name on twitter but have never used either. Just as a defense against someone else registering them in my stead. Or in the unlikely event I actually have an interest in posting something.

So no, my usage is not likely to change any time soon.

I will be interested in seeing what accounts are unblocked though.

Not a user in any meaningful sense and don’t plan to be. But Twitter is too large of a media platform for me to say “This doesn’t affect me” since amplified disinformation through social media is a big part of our current situation. If he allows it to get worse, it’s worse for everyone. If he actually stopped all the bots and stuff, maybe it would get better. Rather skeptical that that’ll happen but, hey, prove me wrong.

Though he also wants to make money of it and has mentioned paid tiers… which will likely lead to a quicker exodus.

The other potential exodus will be in Twitter staff. Not because of any specific animosity for Musk (though Tesla has a persistent reputation as a bad place to work). Rather because their compensation structure will be radically changing going forward. Core staff are paid heavily with stock, and that will change under a privately held company. Internal message systems are busy with speculation about what the future compensation level is likely to be, and if it isn’t comparable, there will be an avalanche for the exits.

I do use twitter quite a bit and I enjoy it a lot. I’ve had brief interactions with Diedrich Bader and Don Cheadle. Nancy Sinatra follows me (!). LOL. I know it’s silly, but it’s also fun.

I hope Trump and the folks who support him will not return because it will probably affect my enjoyment and may cause me to leave. Also, If Musk is planning to charge a fee, I will definitely leave.

I voted “Something else” because I used to be an active Twitter user, but stopped cold turkey. I found that I had gotten stuck in a sh*t-show bubble and was overwhelmed with toxic disinformation. So, I left.

Something tells me Musk’s involvement will not be a positive. But, I can confidently state: Not my circus, not my monkeys!

Musk buying Twitter will be a good thing since it will promote free speech. Because that’s what we need. I’m all for free speech, but not all speech is …equally good or worth hearing? I’m not sure how to articulate this without sounding snooty.

ehh for some reason most of what I get on Twitter is adult-oriented and mostly is pics and onlyfans adverts so , other than an occasional comment on someone else’s tweet I’ve never actually made a tweet

The “some reason” is that a person or people you follow are tweeting out adult oriented material; if you don’t follow anyone you’d see nothing but promoted posts (ads) so all the content you see is because of who you’re following. Stop following those people, or at least turn off their ability to retweet things that appear on your timeline, and you’ll see a lot less of it.