I recall a couple years ago there were a bunch of pictures of Knut as a cub. Very cute little thing that had been abandoned by his mother.
http://en.wikipedia.org/wiki/Knut_(polar_bear) 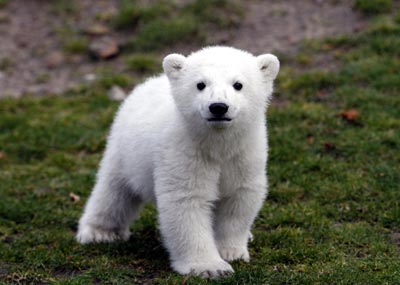 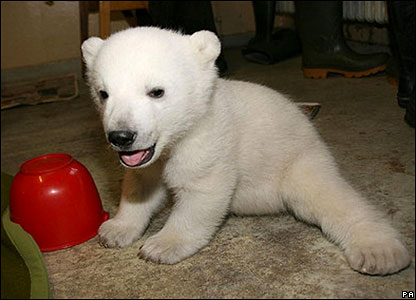 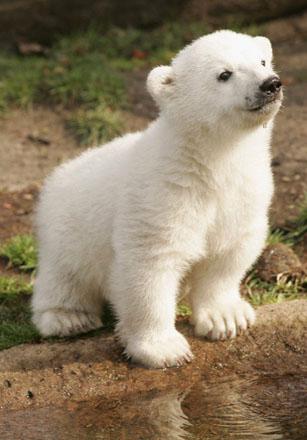 I’m sure the zoo staff is shattered by this. They hand raised the little guy. He should have lived fifteen or more years. It’s sad. Maybe the mother bear sensed there was something wrong when she rejected the cub? Sometimes nature knows more than we do.

he died in front of several hundred guests.

Aw, that is sad.
So long, little bear…we hardly Knut ya…

I hope nobody tries to eat his liver.

It’s amazing how cuddly baby animals can be. Polar bears are one of the most dangerous predators in the world. Even after hand raising Knut, I read that the keepers couldn’t get near him as an adult.

The pictures of bear cubs are soooo cute. I always have a soft spot for animals.

What is particularly odd (imho) is that the zookeeper who cared for him as a cub died of a heart attack at the age of 44 when Knut was not quite 2 years old. Sad all around. I wonder what killed Knut so young.

I assume he just died from a heart attack. Sad to hear about.

I think polar bears can live 25+ years, too, so this is a very young death.

Here is the video of his death. Looks like a heart attack.

WARNING: The link below may disturb you. Do not watch unless you want to.

That’s interesting 'cause the polar bear at the Lincoln Park Zoo in Chicago also circles around and around for no reason, like Knut was doing before he died.

The polar bear will circle and circle for like 15 minutes then dive in the water and pop back out then start circling again and then do something, the go back to circling.

That’s interesting 'cause the polar bear at the Lincoln Park Zoo in Chicago also circles around and around for no reason, like Knut was doing before he died.

The polar bear will circle and circle for like 15 minutes then dive in the water and pop back out then start circling again and then do something, the go back to circling.

Most caged animals do this when they’re in a pen much smaller than their natural habitat. Polar bears’ range is several hundred miles, IIRC so even though the exhibit is nice, it’s not going to be even close to mimicking his natural habitat. Enter neuroses. Many zoos now employ therapists who try to come up with activities to alleviate this neurotic behavior, but it’s obviously not an ideal situation for the animal.

It says that the autopsy showed that Knut was born with some type of brain damage which caused his early demise—Is it possible that somehow the mother bear could sense this about Knut, and that’s why she rejected him from birth, eventually causing him to be raised by the zookeepers by hand?

Don’t some animals seemingly have the ability to sense even invisible imperfections in their own offspring, and then refuse to nurture them, leading the deformed baby critters to die off?

Seems I saw a National Geographic PBS special about wild horses that seemed to suggest this.

I’ve been wondering the same thing, MPB. Yes, mother mammals can tell when a baby isn’t healthy or thriving and often do reject them. Knut’s brain damage might have caused him to act unexpectedly for a bear cub, causing his mother to react badly. It might have affected his odor too, causing him to smell wrong, but that’s just a hypothetical. Who knows what a mother bear expects her cub to smell like.

His natural life was extended and he was provided with the best possible surroundings given his condition, so thank goodness for that. So long little fella, you sure were a crowd pleaser.

Dang, I wanted to start a new thread about this to fertilize the “Sequential thread” threads with the title: