A Pusheen sad trombone? I am so stealing that.

Fun to see Trump assuming that “terrorists on the right” referred to him.

I guess if there is one bright spot about the Trump presidency, it’s that he didn’t get us involved in any new wars. On the other hand, he was obviously too busy dismantling democracy in this country to worry about stirring up shit somewhere else.

I guess if there is one bright spot about the Trump presidency, it’s that he didn’t get us involved in any new wars.

(I know that you sort of alluded to that.)

Trump is fighting to build an outside urinal on his golf course. 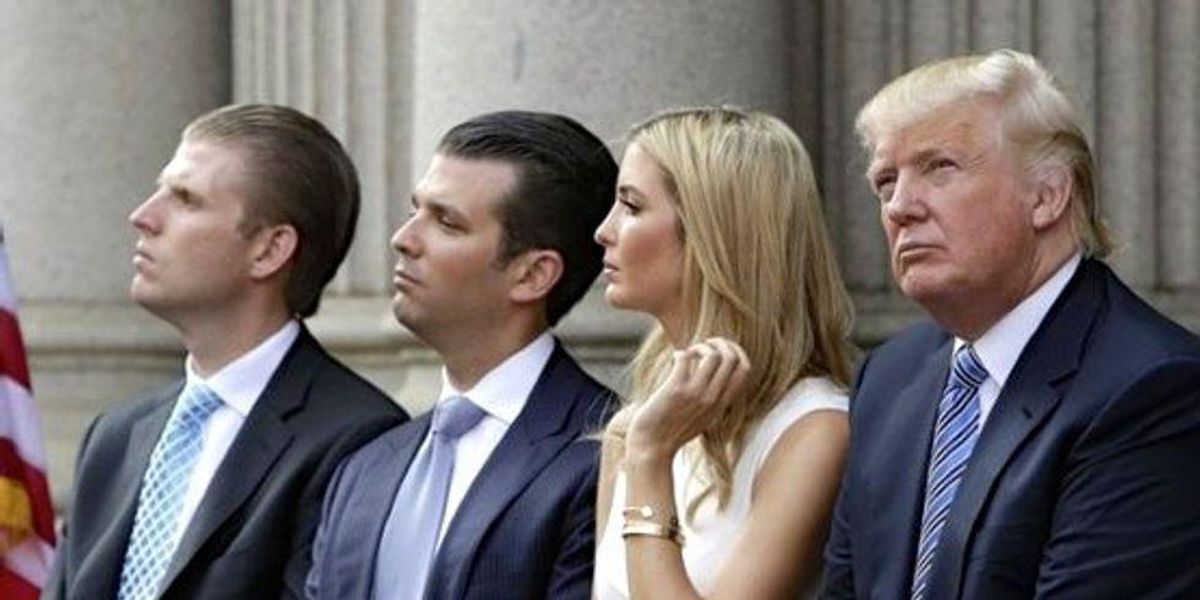 Trump in stand-off with local officials over desire to convert part of golf...

As part of his in-depth look at Donald Trump's deteriorating relationship with the locals in Bedminster, New Jersey, Business Insider's Warren Rojas reported that the former president is currently in a stand-off with the local planning board over his...

Well, may I remark to Mr Trump that it is a nigh on certainty that the amount of urea soaked into the soil around his grave will make the surrounding 4-mile radius look like Sodom and Gomorrah, so he will eventually get his wish for an outside urinal.

This is one I want to deliver myself, tbh.

Uh, that’s what I was implying in my post…

Both the title and the preview of the text leave out the bits about the permit being sought for a private cemetery, at least in my browser.

Mine too. It shows the depth of respect I have for Trump that until I read the article I thought he really was trying to install some sort of outdoor urinal at the course.

That, too, is what I thought.

Mine too. It shows the depth of respect I have for Trump that until I read the article I thought he really was trying to install some sort of outdoor urinal at the course.

Actually, I thought that maybe Trump was trying to gain the perquisite of Bohemian Grove without becoming a member. One of the things they let you do at get-togethers of the exclusive Bohemian Club is approve of the members peeing outdoors wherever they wish*. From the listing of members given on Wikipedia, Trump ain’t one. And I could see them blackballing him, and Trump getting bent out of shape because of that. The following list of Bohemian Club members includes both past and current members of note. Membership in the male-only, private Bohemian Club takes a variety of forms, with membership regularly offered to new university presidents and to military commanders stationed in the San Francisco Bay Area. Regular, full members are usually wealthy and influential men who pay full membership fees and dues, and who must often wait 15 years for an opening, as the club limits itself to about 2700 men. Associ... Bohemian Grove is a restricted 2,700-acre (1,100 ha) campground at 20601 Bohemian Avenue, in Monte Rio, California, United States, belonging to a private San Francisco–based gentlemen's club known as the Bohemian Club. In mid-July each year, Bohemian Grove hosts a more than two-week encampment of some of the most prominent men in the world. The Bohemian Club's all-male membership includes artists and musicians, as well as many prominent business leaders, government officials, former U.S. presi...

In 1978, the Bohemian Club was charged with discrimination by the California Department of Fair Employment and Housing over its refusal to hire female employees. In January 1981, an administrative law judge issued a decision supporting the practices of the Club, noting that club members at the Grove “urinate in the open without even the use of rudimentary toilet facilities” and that the presence of females would alter club members’ behavior.[

That ruling was evidently reversed later, and they now have female employees. But still no female members AFAIK, except four honorary ones who didn’t get to join in the urinary festivities.

The Post also noted that Trump has been forthcoming about wanting a family mausoleum, describing early plans as, “19 feet high. Stone. Obelisks. Set smack in the middle of the golf course. In Bedminster — a wealthy horse-country town 43 miles west of New York City — officials had some concerns about hosting a reality TV star’s tomb. The huge structure would seem garish, out of place. And there were ongoing worries that the spot might become an ‘attractive nuisance,’ tempting curiosity-seekers to trespass on club grounds.”

Yeah, “curiosity-seekers” with very full bladders. I betcha the town of Bedminster knows damn well what kind of “nuisance” behavior the presence of a Donald Trump burial site is likely to “attract”.

Not just the Tinkle Town aspect. Trumpkins who aren’t dead of either COVID or ivermectin poisoning will be wanting to take selfies in front of it.

I don’t think the city grasps the potential economic benefit of a nearby concession selling asparagus and Pabst Blue Ribbon.

That alone would resolve the gas shortage

ongoing worries that the spot might become an ‘attractive nuisance,’ tempting curiosity-seekers to trespass on club grounds

They could bypass the need for visitors to set foot on the property by running a drain pipe from an offsite urinal. 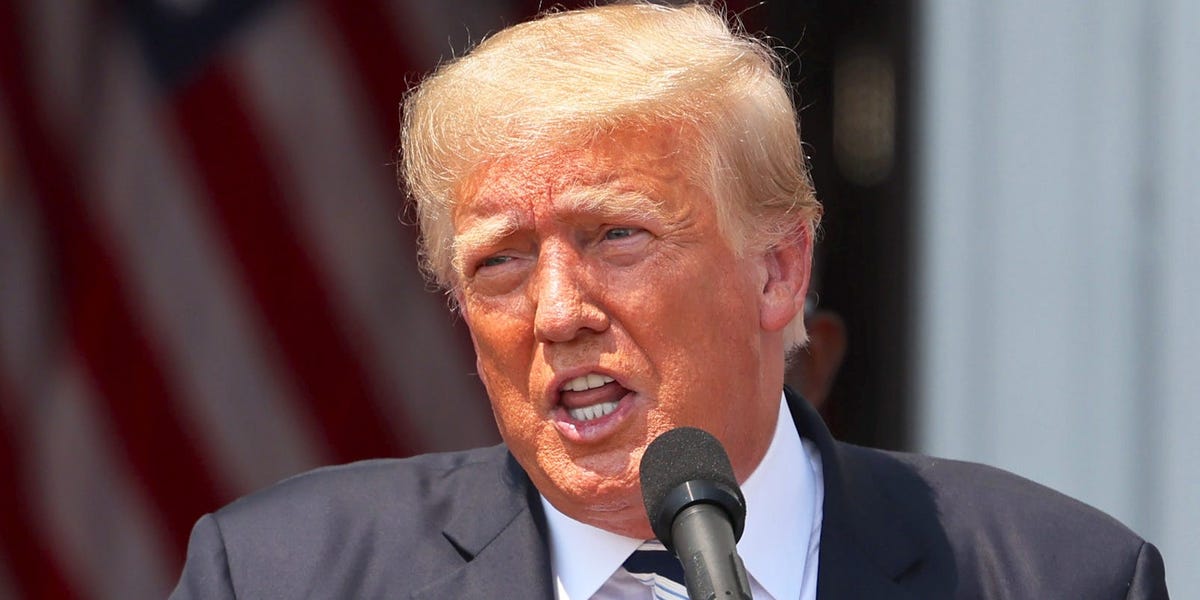 Trump was fixated on the Navy's new supercarrier and ranted to military...

"I have an eye for aesthetics," President Donald Trump said while ruffling his hair, according to Woodward and Costa's new book. "Can't you tell?"

The book said Trump was fixated on the first-in-class aircraft carrier Gerald R. Ford and regularly expressed dissatisfaction with the ship’s high cost of more than $13 billion, the weapons elevators, the catapults, and the placement of the flight command center, known as the ship’s “island,” on the flight deck.

High cost? That’s a legitimate gripe, though the ship will be in use for decades and it has advances over previous carriers. Weapons elevators and catapults? Those are a couple of advancements. New technologies are going to have bugs, and that’s why they have shake-down cruises. Placement of the island? Oh, the pain…

“The generals and admirals were horrible businessmen, Trump complained repeatedly, and particularly terrible at acquisition and deal making on ships, ensuring the military was always being ripped off,” the book said.

The old joke about the laments of people operating the equipment (pilots, astronauts, etc.) is ‘Remember: It was built by the lowest bidder.’ But especially nowadays, you need to pay the cost for military superiority. What, would Trump say ‘Look. This ship is too expensive. I can get a better ship from China’?

In one meeting with military leaders, Trump was said to have reminded them that he had been in the construction business. “I know about elevators,” he told them, the book said. “If water gets on them,” elevators on the ship could malfunction, he said.

Because weapons elevators and aircraft elevators are the same things they have in buildings, right?

Woodward and Costa reported, however, that he was particularly upset about the placement of the ship’s island. “It doesn’t look right. I have an eye for aesthetics,” the president was said to have told Gen. Mark Milley, the chairman of the Joint Chiefs of Staff, at a dinner.

This is worse than his comment on elevators. He’s pissed off because the ship isn’t ‘pretty’ in his eyes? ‘Move the island farther forward. The pilots can deal with it.’ Warships are not supposed to be ‘aesthetically pleasing’. It’s great if they are, but looking good isn’t their function. Maybe Trump would like Gerald R. Ford better if it was gold-plated. That would fit that crass vulgarian’s aesthetic tastes.

“I have an eye for aesthetics,” President Donald Trump said while ruffling his hair.

I saw what Woodward and Costa did there.

“I have an eye for aesthetics,” President Donald Trump said while ruffling his hair.

This all could be solved by 10,000 cans of gold spray paint. Trumps preferred method for ‘aesthetics’.

This is worse than his comment on elevators. He’s pissed off because the ship isn’t ‘pretty’ in his eyes? ‘Move the island farther forward. The pilots can deal with it.’ Warships are not supposed to be ‘aesthetically pleasing’. It’s great if they are, but looking good isn’t their function.