Power distribution in a subway system and rogue voltage

How is high voltage and high current DC usually distributed around an interurban third-rail train or subway system? My assumption has been that the running rails are at earth ground as they’re not standing up on ceramic insulators like the third rail. My other assumption is that there are multiple power stations powered by AC to counteract transmission losses as steel rails are not exactly the best conductors known to man. (the train system in question has 104 route miles)

That system has been having some problems of trains getting hit with double the normal voltage as they pass through an interlock. Instead of causing a brief blip of extra-fast, the high voltage (2,000 volts DC) is frying thyristors in the motor controllers.

Would it be possible for one of the power stations to lose its earth ground reference and have its ground float on up to the 1,000 volts of the next power station down the line when a train passes through the interlock? I’m just trying to visualize what could happen to hit the trains with double the normal voltage.

Special bonus: Figure this all out and identify a fix, and BART will probably hire you on the spot. Nearly sixty cars were disabled by this problem on Wednesday, and rather than risk losing more, they’ve shut down that section of the system, which is making a mess of traffic and people’s commute times. Alternately, do you have a source for apparently obsolete or otherwise insanely scarce thyristors? All I know is they’re big things that go for about $1,000 each, and the techs were saying it might be as long as 22 weeks for Powerex to make several dozen so they can start repairing the zapped ones.

I don’t know the answer to SF’s problems. When my commuter train (which used to operate on 750 VDC) was totally rebuilt, the power was set at 25,000 VAC. There being only the pantographs and the tracks, it is clear that the tracks are the return path. They are set on concrete ties and are continuous welded, so they must be grounded somehow. The old system had power stations every couple miles; the new one does not, although I am not certain how many.

London Underground runs on 600/650 volts. There are multiple supply points.

Since the conductor rails are not directly earthed, an earth fault from one side of the supply to earth (for instance, on a traction motor or collector shoes) does not prevent the system from operating. But a second earth fault on the other side of the supply will cause the overcurrent protection to operate. If all the coupling breakers were closed, a second earth fault could propagate a shutdown along the whole length of the line, involving a large number of passengers.

To limit this fault propagation, London Underground introduced a technique called ‘Sectionalisation’ where a number of traction sections are connected together (to help minimise voltage drop) but the coupling breakers are intentionally open at the Traction Sub Stations defining the ends of that Sectionalisation section. 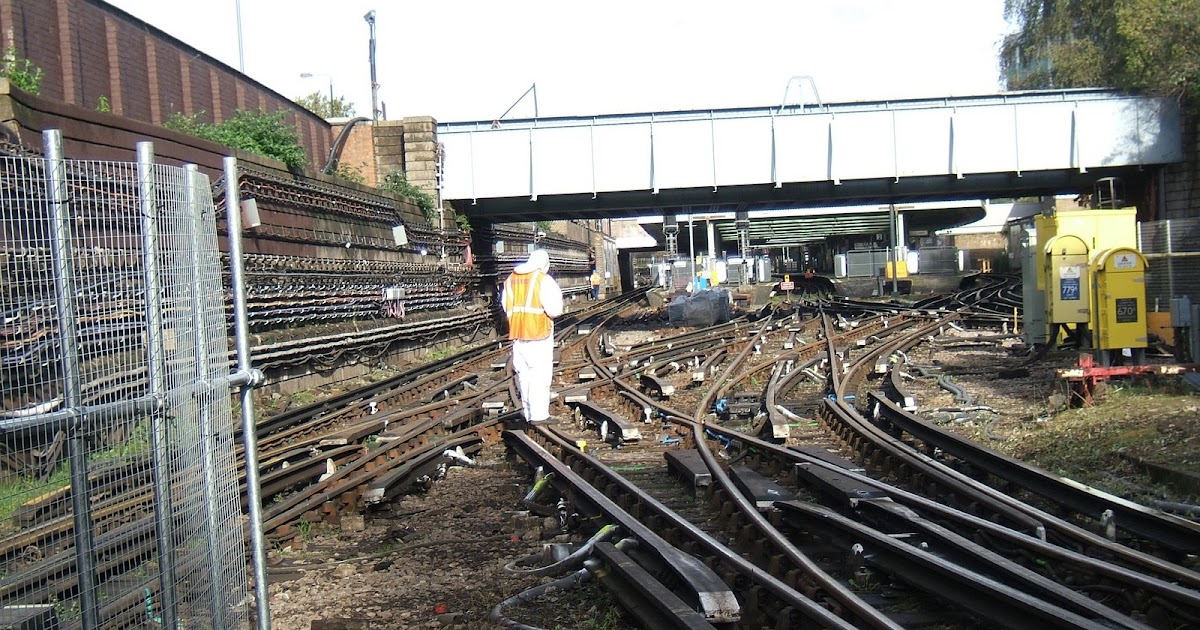 White City, pictured during an Engineering Possession. These notes on London's Underground Railways are taken from training material prep...

Special bonus: Figure this all out and identify a fix, and BART will probably hire you on the spot.

BART have a test train to measure the power problems, its probably a blown capacitor or regulator along the way and it emits higher voltage in AC /spike form, close to the connection . Or there may be a bug with the earth, an earth problem… then the resistance through the wheels causes the voltage the thyrister sees to double…
They have 40 of the 60 thyristors they need

Here’s a source of thyristors…

So it’s possibly an AC ripple on the DC? Woulda thought that would just make the trains forget the words and hum.

How do they even make the DC power? Could it be something as simple as using a multitap or custom-wound transformer to get close enough to the needed voltage and a big bridge rectifier with some caps to filter out the ripple? With the full force of PG&E’s transmission lines feeding this, I’m guessing there wouldn’t be much need to worry about regulation.

Or is this one of those applications where rotary converters still rule the roost?