President is impeached and convicted - at what precise moment does he lose power?

Say that a president is impeached by the House and removed from office by a vote of at least 2/3 of the Senate.

At what precise moment does he lose power? Is it when the Senate leader announces, “By an 84-16 vote, the Senate convicts, BOOM” (bangs gavel) or is there still some paperwork that needs to be filed?

If I could cabbage a related question onto this one: is the POTUS a federal employee, with a W-2 and the same insurance policy that the Capitol janitor has, and all that? If he’s removed from office, does he qualify for COBRA?

I am not sure there is a GQ answer to this since no president has ever been convicted in the Senate.

Since there are no rules saying otherwise I would think the president loses power when the gavel falls on his conviction in the senate. That is the moment it is all done and official. Any other time would just be made up. Could the senate specify a future time when he loses power? I suppose but there are not rules for that so they’d be making it up on the fly. But by the time you would adjudicate that the whole thing would probably be long over.

So, going with when the gavel falls.

If this devolves into a back and forth, it should probably get its own thread, but the answer according to this (PDF) is:

Medical Expenses. Former Presidents and their spouses, widows, and minor children are entitled to treatment in military hospitals because of their status as secretarial designees, authorized to receive such benefits by the Secretary of Defense. Health care costs are billed to the individual at an interagency reimbursement rate established by the Office of Management and Budget (OMB). Former Presidents and their dependents may also enroll in private health plans at their own expense.

Both on tv and in real life, the gavel comes down and then they either immediately haul the defendant off, or the judge tells the defendant that they’re free to go. Either way, they always need to take care of the paperwork that certifies what just happened.

So I’m gonna go with: The president would lose power when the gavel falls.

Once the Senate votes, the presiding officer (in this case, I guess, the Chief Justice) pronounces the judgment and orders removal. (cite). There’s no reason to believe that it wouldn’t take effect at that point – and that certainly seems to be the assumption for other officers (who have been convicted and removed). I guess there could be some delivery requirement (do you need to serve the judgment?), but that’s less significant in the modern era and, since removal isn’t judicially reviewable, less important.

For practical purposes, the President loses power when people stop obeying his orders. Which, based on reports of conversations between the Speaker of the House and the Chairman of the Joint Chiefs of Staff, might have already happened, at least to some degree.

Majority Leader Mitch McConnell has already said that, if the House votes to impeach Trump, he will begin the trial in the Senate no earlier than one hour after Joe Biden is sworn in on January 20, 2021. In the unlikely event that the Senate votes to remove, Trump will no longer be president.

To answer the OP, under Senate Rules it is when the vote is announced as you said.

Mitch won’t be making that choice at that point.

But yeah, he can hold it off until then.

Still worth impeaching him so he loses his pension and SS protection and is barred from holding office in the future (hopefully).

When exactly does Mitch stop being majority leader? I assume the two new senators from Georgia need to be sworn in, and then after that there is a vote to determine majority leader? What has to happen before the two senators are seated? Is the vote for majority leader something that Mitch can block?

Even if he were no longer President, the Senate could vote to bar Trump from future office. Would at least a few Republican Senators consider that a convenient way to remove him as a potential rival for the 2024 nomination ?

Answering my own question - I found it in the Georgia Runoff Election thread. First, Raffensberger has to certify the election results before the new senators can be seated. Second, the Senate doesn’t reconvene until the 20th - for some reason I thought they were already back in session.

With a 50/50 split, McConnell will cease being majority leader when they first meet after noon January 20th when Kamala Harris takes her seat as President of the Senate.

The Senate reconvenes the 19th. Expected order of business is the swearing in of new members.

If Harris does not resign and have her replacement sworn in before that, then at noon the 20th the configuration becomes 49-50 until one vacant seat from California is taken care of. Then the nominal majority shifts, as I understand it.

As to the question: once judgmement is entered the official ceases to lawfully occupy the post. This stands to reason since you would not want the official involved to continue to take actions under color of authority.

Judgement for impeachment has only two punishments under the constitution: removal, and disqualification from holding future office; plus the note that this judgement does not prevent the person from being prosecuted by the normal justice system for the same facts. I am not sure what’s the deal with what keeps being mentioned in many of these threads about losing post-presidency allowances, pensions or protective details

(f) As used in this section, the term “former President” means a person–

(1) who shall have held the office of President of the United States of America;

(2) whose service in such office shall have terminated other than by removal pursuant to section 4 of article II of the Constitution of the United States of America; and

(3) who does not then currently hold such office.

So, by law, a President who is impeached and removed from office by conviction in the Senate is not entitled to a pension and so on. (Losing, being term-limited, or resigning in disgrace are all OK.) Since a post-Presidency impeachment and conviction would mean that Trump was not removed “pursuant to section 4 of article II”, it’s very arguable as to whether that provision of the Former Presidents Act would apply. (I would think, however, that the provision in the Constitution about “disqualification to hold and enjoy any Office of honor, Trust or Profit under the United States” would still apply in a post-Presidency impeachment, which is probably the main thing.)

Does the prohibition against ex post facto laws mean that congress cannot do this after Trump leaves office and have it apply to Trump?

IANAL; I think that argument could be made, but it would be a stretch, and (probably) wouldn’t succeed. If I were a lawyer, and arguing on behalf of Congress, I think I would say something to the effect that “punishment” means something like “putting you in prison” or even “taking away money you already have”–that is, a fine. We have a right to liberty and property, and those things can’t be taken away except by due process. No one has a right to a Presidential pension–former Presidents didn’t even get pensions until after Harry Truman left office–and I think Congress could probably just eliminate all of them (without violating the constitution) as a cost-cutting measure. (As a former labor union member, I personally think you ought not mess with someone’s pension after the fact–after they’ve already worked for you for 8 years, or after they’ve quit their job, and can no longer decide to seek other employment/to have sought other employment. Which is different from telling all new employees when they’re being hired “Sorry, we can’t afford to give you a pension like we’re doing with those old-timers”. But I really, really doubt SCOTUS would uphold this as a principle if Congress just did away with the Presidential pensions of Jimmy Carter, Bill Clinton, George W. Bush, Barack Obama, and Donald Trump.)

Taking away the pension of one specific President (not “going forward”, but after the fact) does seem punitive, and frankly it would be punitive. Against that, though, SCOTUS has ruled that, for example, sex offender registries (which I understand can be quite burdensome) are not “punishment” and are therefore constitutional, even when applied ex post facto. It’s possible that precedent will eventually be overturned, though.

If I could cabbage a related question onto this one: is the POTUS a federal employee, with a W-2 and the same insurance policy that the Capitol janitor has, and all that? If he’s removed from office, does he qualify for COBRA?

This is not the cite I saw a few days ago but it says the same thing. In order to be eligible for health benefits after leaving office they would have to have been enrolled in the Federal Employee Health Benefit Program for 5 years. Carter and Trump are not eligible. H.W. was because of his other government positions. 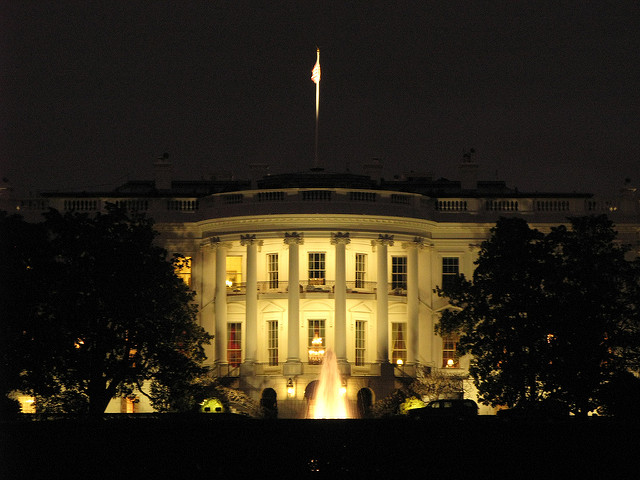 Pensions and Perks for Former Presidents

Does the prohibition against ex post facto laws mean that congress cannot do this after Trump leaves office and have it apply to Trump?

An article I read today (several articles actually) are suggesting that one of the sections of the 14th Amendment might be more suitable. This is the Amendment that says (among other things) that nobody who has participated in an insurrection is eligible for any kind of office. It is claimed that it only takes a majority vote in both houses to have effect. But there is a question about getting it worded just right – apparently if Congress passes such a resolution naming Trump specifically, it might be construed as a Bill of Attainder (a law aimed at one specific individual in particular) which is forbidden in the Constitution.

Here’s a WaPo article about it.

Here’s an article from ABAJournal about it.