Can’t say I blame them wanting a normal life 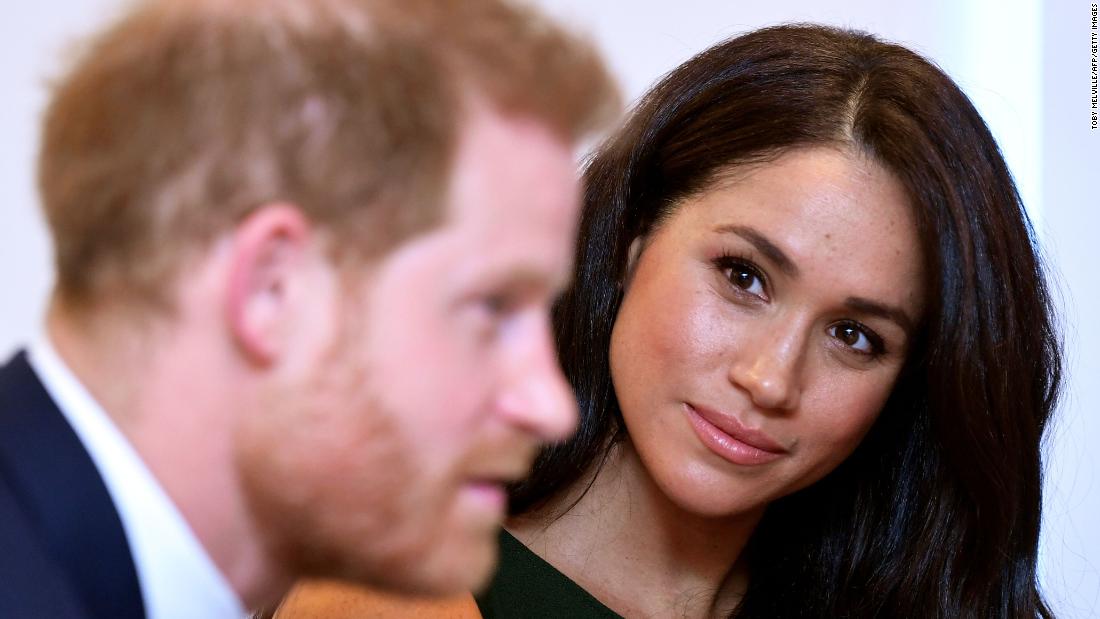 Harry and Meghan say they're 'stepping back' from the royal family. The...

Prince Harry and Meghan, the Duchess of Sussex, are stepping back from their roles as senior members of the British royal family, the couple announced on Instagram.

Yeah, good for them. The way Meghan has been treated by a large segment of the UK media has been disgusting, and I don’t blame her and Harry for basically going “Fuck it”.

If it wasn’t for the US, Russia, etc. the Brits would be speaking German now.

Prince Harry has come down hard on the media, saying, “You killed my mother.”

He’s protecting his own. Can’t blame him.
~VOW

I assume they also spend time in LA with Meghan’s mother. Hopefully she can patch things up with her father.

Buckingham Palace has an interesting response to the Prince Andrew debacle. His name vanished from the calendar for public appearances, and it’s as if Mommy the Queen says, “Andrew who?”
~VOW

He’s a “second son.” It has been made quite clear how the media deals with the families of second sons; when one of Prince Andrew’s daughters got married in 2019, not only was there only one outlet in the USA that aired it live (TLC), but in the UK, even the BBC wouldn’t air it live.

the rumor is Charles only wants William and his family to be front and center with him when he is King. Everybody else is going to get shoved aside. Even before the latest mess Andrew’s daughters were told to get a real job, one of them is married and the other one is marrying this year.

the rumor is Charles only wants William and his family to be front and center with him when he is King. Everybody else is going to get shoved aside. Even before the latest mess Andrew’s daughters were told to get a real job, one of them is married and the other one is marrying this year.

Charles’ plan to pare down the royal family was intended to leave just him, William, and Harry (and their respective wives/children) as part of the inner circle.

As I understand it, traditionally, even second and third sons “serve” by attending ceremonial events and being patrons of charities. At the time of Prince Philip’s retirement, he was patron, president or member of hundreds of groups. And the queen is no longer capable of doing as much as she once did. So I think it was expected that the younger royals would take on these responsibilities.

I wonder if the reason for this is that Meghan wants to spend more time in Los Angeles.

I wonder if their pay/allotment is cut. And they may give up their titles Prince/Duke and Duchess.

Reminds me of the end of the movie Arthur with Dudley Moore. He dumps his rich fiancee for a regular woman, Liza Minelli. But then he says he is still keeping all the money from his wealthy family.

This is where I am at as well. Good for them. I am sure they can still use their notoriety for positive things in this world as they have both done already.

And perhaps now we can have Royal-free newscasts here in the U.S.

Many kings/queens have retired and let their son or daughter take the throne. By all reports Liz is not going to do that. Of course now we have a retired pope and we might have 2 of them so anything is possible.

Look, maybe it’s a smart move, getting them to the privacy and safety of Canada.

Should something drastic happen, Aragorn can still take the throne.

Looks like they did not tell any of the royal family about their plans , they all learned it the same way we did , via the media.

After all, he’s not the heir, but merely the spare. And one of dubious lineage, at that.

I’m all for people having their own lives, and Harry has expressed unhappiness about the road before him for a long time, but the new arrangements they’ve laid out sound destined to end in tears.

I wonder if their pay/allotment is cut. And they may give up their titles Prince/Duke and Duchess.

They’re free to call themselves whatever they like, just like anyone else is, but Harry is a duke until the day he dies, and Meghan is therefore a duchess for the duration of the marriage (which obviously is hoped to be for life) plus any possible widowhood, and the only way to change that is to change the law to allow peers of the realm to disclaim their titles at any time (right now, they can only do it if they inherited the title, and only within a year). He could cease to be a prince and HRH, though.

Hopefully she can patch things up with her father.

I have long advocated a Royal taking up residence in the Pacific, British Columbia or Australia. It seems to me the Firm can be better represented with a more-local representative.
But that does not seem to be what is happening here. At some point, being a Royal has to stop. In this case, it has stopped with Archie who has no title at all. In twenty years, Prince Harry will in the awkward position of Prince Andrew now, unimportant and without a real job. Better to do this, go to Canada, raise a fine son, do what you can to help your family from time to time.
Good luck to them.