These people keeping taking words and changing the meaning or making them meaningless: “Woke”, “CRT”, etc. etc. the latest assault on the English language is pronouns. My pronouns are: Christian, Patriot, Conservative, blah, blah, blah. Your nouns or adjectives, or even sometimes, adverbs. Gahhh!

And sometimes your conjunctions function as verbs.

Just messing with you for the obvious typo. I completely agree with your OP.

Yah, just keep using what they tell you are their pronouns AS pronouns until they realize it makes no sense.

For people who keep getting their panties so inextricably bunched over simple linguistic shifts like using the word “women” to refer to both cisgender and transgender women, on the grounds that “words mean something”, they sure don’t seem to have much understanding of how words are actually used to mean something.

I usually just point out that having a hissyfit because someone mentioned their preferred pronouns is an Ultimate Snowflake move, and if they’re so easily triggered perhaps they should retreat to a safe space where the scary pronouns can’t hurt them.

Here is an example that highlights exactly what the OP is referring to: 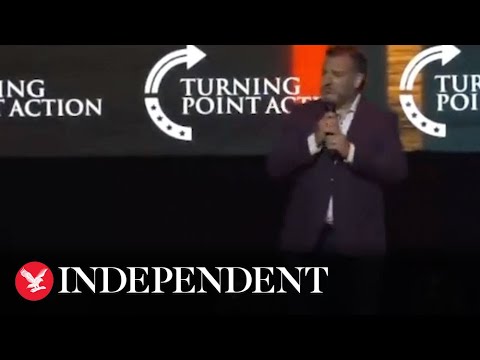 if they’re so easily triggered…

Tends to be a matter of course for right wingers anyway. Go about acting like the big stoic manly man while also constantly losing your shit at the smallest things.

I agree that this is all the outrage de jour for this election cycle, although it is related to the recent “bathroom bill” nonsense. I guess they didn’t get the traction they were expecting with that one so their shifting focus to see how riffing on “Pronouns, feh!” plays. It is really sad that they’ve decided to go after LGBT+ so strongly. They are calculating that the actual number of people in those categories are so small that they won’t make a dent politically, so hey, let’s go after them?

Which is kinda strange to me, as the dynamics of stoking outrage for votes seems unnecessary. Those voters are going to vote for the GOP anyway. Do they think they will harvest enough fence sitters to their side, minus the LGBT+ voters going the other way? Odd calculus.

I’d love it if publications started using that as his pronoun. Or maybe just ass for short.

If you consider yourself an ally of LGBT people, do not vote for the GOP.

I’d love it if publications started using that as his pronoun. Or maybe just ass for short.

The honorable Senator Ass from Texas. Or as they call him in his home-away-from-home, Cancún, Señor Culo.

Yah, just keep using what they tell you are their pronouns AS pronouns until they realize it makes no sense.

“Okay, listen, I understand that patriot think Christian is making a great point by telling me what patriot considers Christian’s pronouns to be, but really it just shows that patriot don’t understand what a pronoun is. Are Christian wanting me to use those words for second-person pronouns, or only third person pronouns? If the former, Christian is asking for something far more than anyone nonbinary/trans person ever has and needs to explain the benefit. If the latter, Patriot is trying very hard to conceal Christian’s gender in a way that’s going to distract anyone talking about Patriot. So, Christian, tell me what Patriot want to do.”

Full disclosure: my Twitter profile description does include the phrase “Pronouns: Rufus Xavier Sarsaparilla” but that’s just because I really like Schoolhouse Rock.

If you consider yourself an ally of LGBT people, do not vote for the GOP.

Whoa! I think you’ve got something here.

Which is kinda strange to me, as the dynamics of stoking outrage for votes seems unnecessary. Those voters are going to vote for the GOP anyway.

You also get the hand-wringing articles from “centrists” and liberals saying that listing your pronouns is just going to make people vote GOP.

I don’t know whose idea it was to make pronouns a big sticking point like this but I think they severely miscalculated. Pronouns are a completely innocuous and normal part of the English language and it’s very silly to pretend that suddenly people identifying what pronouns they use is an unconscionable example of “wokeness.” I’ve even seen folks on this very board insist that they shouldn’t be expected to use someone’s chosen pronouns, a completely nonsensical argument. Imagine someone 20 years ago defending their right to call a woman “he” as a bastion of their free speech. It only makes sense as a right-wing shibboleth.

What moves it fully into comedy for me is the fact that only a few years ago the go-to joke for them was “DID YOU ASSUME MY GENDER?” and it’s hard to see the increase in awareness for preferred pronouns isn’t at least a little bit because folks were introduced to the idea that there should be a technique in place so folks don’t have to make those kind of assumptions about each other.

The thing I’ve noticed lately in a lot of GOP campaign ads are complaints about how Democrats want to allow men to complete with girls in (usually high school) athletics. Not men and women or boys and girls, it’s always “men” and “girls”.

“Men” vs. “girls” is a problem with society in general. A boy can start being called a “man” as soon as he’s in his teens. A woman can continue to be called a “girl” well into adulthood. And women are routinely infantilized in many other ways that wouldn’t be considered acceptable for men.

And yeah, one of the supposed outrages against trans folks used to be “well then how can I ever know what to call someone!?”. And it turns out there’s a simple solution to that: Tell people what to call you. Which, frankly, would be useful even if transgenderism didn’t exist: When you’re writing a formal letter to someone whose name you don’t recognize, or a name that can be either male or female, do you address it to “Mr. Smith” or “Ms. Smith”? If Smith has specified their pronouns, then it’s easy.