Or is it all just science fantasy by the Good Doctor to tell a good tale?

According to this page:

he goes on to say:

But don’t worry, you are still one of my heroes! And I’m here for you. I’m going to fix the Kalgash system to make Nightfall work.

I don’t have time to read it, so I’ll leave that to you.

I would have a hard time imaginging a stable orbit around 6 stars, you would have gravitational high and low points as you crossed the gaps between them that I would imagine make for some scary tidal forces on the planet in question.

I don’t think we have enough information to say. You’re not going to have a “juggling orbit”, where the planet is handed off from one star to another: That’s just asking for horrible instabilities. But you can have hierarchical orbits, with things orbiting other things orbiting yet other things, just like in our system we have moons orbiting planets while the planets orbit the Sun, and multiple moons around each planet and multiple planets. The thing is, though, there are so many different possible hierarchies, and we have very little information on which one applies for Lagash.

Asimov had another story exploiting the fact that (Spoiler?) trojans don’t work unless one body is substantially larger than the rest. There is no stable trojan point for a binary pair close to same size. I suppose you could imagine a huge star with the planet orbiting a primary star that is a satellite of the main star. You might even then have one or more binary pairs orbiting the primary too, say outside the orbit of the planet, since that would provide “nighttime” illumination.

However, the analogy is then like our solar system. How often does the night sky not have any of the visible planets in it? I’m guessing it happens more than once every 600 years. Plus, distance is an issue. A mass large enough to be a sun (substantially larger than Jupiter) would have to be a long way away to not perturb the planet’s orbit, or it’s central sun’s. Or, those suns would have to be smaller than our sun. Either way, that would make their illumination more like a very bright star than a sun. And… bright as the full moon is, you can still see a lot of stars.

IIRC the original story had an element of a previously unknown planet eclipsing the remaining sun. Perhaps that’s the “gotcha” - the planet faces its main sun all the time, tidally locked, and people have never ventured over the edge to the dark side. (All water? Ice?) The other suns orbit far away, just window dressing. Then the other planet would end up making a transit of the sun and eclipsing the sole continent rarely. But then we have the conundrum that our moon, for example, is huge and very close astronomically speaking, and still only eclipses a small part of the earth when it does happen to cast its shadow our way. A planet that blocks the entire sun for an entire continent would be far too big and close.

No, but Asimov did worry about it. I have a couple of his books, in which he added a postscript describing how, in the years since the first publication, science had discovered a major plot element to be impossible. He did not rewrite the stories, but he did highlight the errors. I think he would have been pleased to see the effort that went into Johnny L.A.'s link.

Thanks for explaining that.

IIRC, there’s a moment in the story where a character describes the highly disturbing effect that a pitch black room has on people. The room was part of some kind of event or display and and it drove some people a little insane. To me, that revealed the big plot hole: that now one in 2,049 years had ever experienced darkness. Surely there were caves, overhangs, under thick vegetation or some other places on the planet that didn’t get sunlight. And in 2,000 years, no one had ever built a windowless room?

But they had. And they’d discovered that it induced insanity and even suicide, so they didn’t do that any more. That’s how they realized that the Nightfall was going to be a problem.

What they hadn’t ever done before (at least, not deliberately) was shut out all of the light on the entire continent at once.

In the story, being in a pitch-dark windowless room did not induce insanity (yes, they tried it). It was the spectacle of thousands of super-bright van Gogh-type stars that surrounded them in their massive cluster.

It didn’t induce insanity in most people, but it was enough to drive a few percent to suicide. They talk about an amusement-park ride that had to be shut down, that consisted of just a few minutes of darkness.

You can read the whole thing here. I believe that the implication is that the people were going crazy largely by the site of tens of thousands of stars when even the scientists thought at most there might be a couple of dozen–their entire view of the universe was utterly smashed.

Are you sure there couldn’t be an eclipse that covered an entire planet? After all, we have examples of entire astronomical bodies being totally shadowed by other bodies in our Solar System. For example, the moon is during total lunar eclipses.

Of course, the larger that occulting body is, the less likely it would have remained undiscovered before the big event. It would have to be quite large to totally shadow that planet. It’s unlikely that it had never previously eclipsed one of the suns. Just not when that sun was the only one in the sky at the time.

That’s addressed in the story:

The eclipse that results, with the moon
seven times the apparent diameter of Beta, covers all of Lagash and lasts
well over half a day, so that no spot on the planet escapes the effects.

So the whole planet experience nighttime, just not at the same time.

That was one of Asimov’s weaker stories. In a civilization that had newspapers and the press, no one had invented a source of artificial light? Ever?

So weak that the Science Fiction Writers of America voted it the greatest science fiction short story written before 1965.

I should write such weak stories. 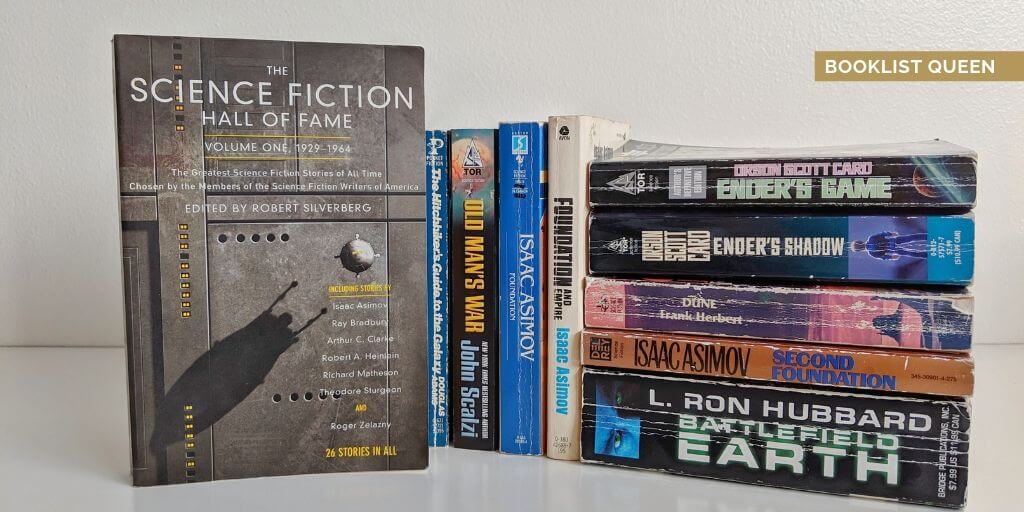 The Greatest Classic Science Fiction Short Stories of All Time

Johnny L.A., thanks for the link to that article, which in turn linked to another article by the same guy, exploring the options further. Fascinating!

But I have a question about about an assumption he makes in both articles: that Lagash and all the suns are in roughly the same orbital plane, which means there will be some regular periods of darkness.

But is it possible to have some of the suns orbiting in a different plane, maybe 90 degrees from the Lagash orbit around Alpha?

Is that type of system stable, if the 90 degree stars are far enough out that they wouldn’t perturb Lagash’s orbit, but would provide enough light to drown out the stars?

Or is that type of orbit fundamentally unstable?

That was one of Asimov’s weaker stories. In a civilization that had newspapers and the press, no one had invented a source of artificial light? Ever?

We could debate this forever, and maybe this thread will. (Heh.) By never being in the dark, they have missed out on lots of science: latent image photography as just the easiest example. Plenty of other science is done in subdued or “different” light. But since this improbable planet is never without light, the dominant sapient life-form just can’t handle the uncertainty of being without light. They apparently don’t want to go spelunking, or sit under a canopy of evergreens, like humans on Earth do. We can handle darkness, we even prefer darkness for sleeping, so we sometimes do these things, but their brains are just not wired that way. Why would they ever make artificial light, when they have plenty? Have you checked the function of your home oxygen generator lately? Assuming you don’t need one for medical reasons, it has likely never occurred to you. We know, when we use bonfires for light, that we have to be careful with them. When they come up with the idea, it leads to disaster, because they’re not prepared.

Seriously, like all sci-fi, the story is meant to be a metaphor for some real concept – the sudden realization that they’re not alone in the universe is the real psychological pain the event causes. They just read it as dark-phobia, even with a biological reason for the fear of the dark.

I get the world building under the assumption that the planet never experiences darkness, except during “nightfall”. But I have a hard time buying that they never needed a source of artificial light. I like Asimov, I just never really liked this particular short story shrug.