If say, all the polar ice caps plus the ice present on Greenland were to melt, how would the landmasses be affected? Would they be totally submerged, ala Waterworld, or just partially flooded? I know that ice already on water won’t affect the level of the ocean, but ice on land will.

Also, if all land was to become submerged, would the atmosphere still be breathable? I know that plankton produce oxygen but I’d think that the complete loss of trees would affect the atmosphere somehow.

I searched Yahoo! for “what if ice caps melted” and found this: 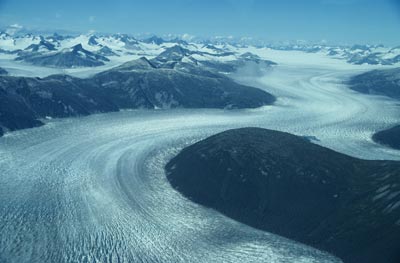 If the polar ice caps melted, how much would the oceans rise?

The polar ice caps have been in the news recently because of their alleged shrinking due to global warming. If this is true, how much would the oceans rise if the ice caps melted completely? Learn the answer to this question in this article.

*Originally posted by SLASH *
If say, all the polar ice caps plus the ice present on Greenland were to melt, how would the landmasses be affected? Would they be totally submerged, ala Waterworld, or just partially flooded?

Nah…kiss the costal cities goodbye (and probably the Netherlands) but the majority of land is higher than what you’d get by a rising ocean. Don’t get me worng…a LOT of land would be flooded but it wouldn’t be Waterworld either…not by a long shot.

I’ve heard another interesting critique of the “Waterworld” scenario…If it was melted ice that caused the oceans to rise enough to cover the world, the sea water would have been diluted enough to become drinkable.

Certainly should be enough of a change in salinity at least to kill off all or most marine life.

I’ve always thought that they could have saved the “Waterworld” concept scientifically by simply saying that a large, icy comet crashed into the sea somewhere. It would have to be a hell of a chunk of ice, but at least I could buy it a little better.

BTW, it hasn’t been all that long ago that the caps were melted, and in fact they may have melted and reformed many times over the hundreds of millions of years of Earths existance. there are actually cuts in the hills of Southern California that denote where the old sea shore used to be (IIRC, about 300 feet above sea level) In some old textbook I used back in college I found a map of north America during a period of high water. Most of the Mid-west was underwater to about the Iowa boarder.

A few months back I drew up a map for myself that showed what the world would look like after a 200 ft ocean rise by starting with one that shows elevation by color and I just colored everything below 200 ft in blue. Not terribly scientific but the changes were interesting to see.