Jimmy Bain was part of Rainbow’s classic Rising lineup and was also the original bassist for Dio, appearing on six studio albums. He was also a brief member of Thin Lizzy and had worked on side projects with Phil Lynott, Gary Moore, and Brian Robertson. Until recently, he was a member of the Ronnie James Dio tribute band “Last in Line” which featured the original Holy Diver lineup plus singer Andrew Freeman. The band had been scheduled to appear on Def Leppard’s “Hysteria on the High Seas” cruise which ran from January 21st to the 25th.

No cause of death has been reported, though band members say he had been battling pneumonia for some time. 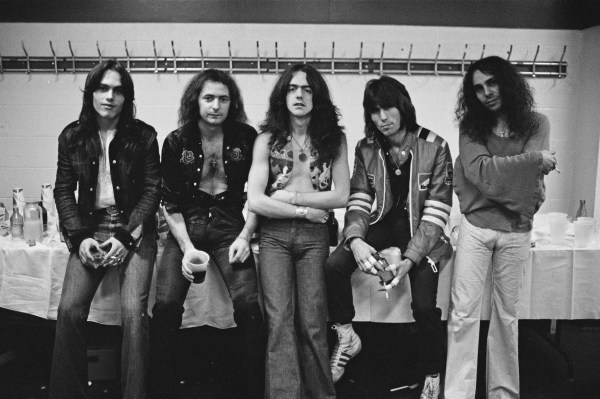 Jimmy Bain, Bassist for Dio and Rainbow, Dead at 68

“He was a very kind and gentle and generous soul and our lives were greatly enriched for having known him,” Vivian Campbell writes

Dude…I love Rainbow and Dio…though not enough to know this guy’s name. But his music will be played, very loudly, tonight.

That’s a shame, Rainbow Rising is my favourite hard rock album of all, and Holy Diver is a stone cold classic. Run with the wolf, Mr Bain.

That’s a shame, Rainbow Rising is my favourite hard rock album of all…

I hope Blackmore wraps up warm this winter, the grumpy old bugger.

I hope Blackmore wraps up warm this winter, the grumpy old bugger.

Tony Carey called, he would also like a blanket please.

Tony Carey called, he would also like a blanket please.