Reccomend me some books on great disasters

Desperate Hours: The Epic Story of the Rescue of the Andrea Doria - Richard Goldstein Andrea Doria/Stockholm collision from 1956 There are several books on this, I happen to like this one a lot.

The Fire That Will Not Die - Michele McBride Our Lady of the Angels Catholic school fire in Chicago in 1958 A bit hard to find now but worth reading.

To Sleep with the Angels - David Cowan and John Kuenster Our Lady of the Angels Catholic school fire in Chicago in 1958
What is the title of the circus fire book?

The only reason I said mostly prior to the 1960s is that, the earlier you go, the more interesting it is to see how these disasters could have been prevented by today’s safety regs. For example, in the 1944 circus fire in Hartford, the big top had been waterproofed with a mixture of paraffin and gasoline. Nowadays, that would only be suggested in something like “Arson for Dummies”, but back then, it was standard. Or the fact that the Titanic didn’t have enough lifeboats, and was going at fullspeed in an area known to be infested with icebergs. But if there are interesting disasters that happen later on, (the Edmund Fitzgerald, for example), that’s fine.

CalMeacham-I have read McCullouch’s book several times-it’s a good one. I’ve also visited the flood museum in St. Michael-my aunt lives in Ligonier which is just about, oh, a half an hour’s drive from Johnstown.

Thanks guys, this is a great list-I’m gonna go and see if any of these are at my local libraries. (Boy am I going to have a depressing summer reading list!)

There’s always Batavia’s Graveyard, I can’t remember the author. It’s about a shipwreck in the … 1700’s, I think…where the man in charge of the survivors turned out to be a homicidal maniac bent on raping and killing people in the name of god. Good clean fun.

The author’s name is Mike Dash.

I can’t think of any at the moment but you may find this site fun.

I agree with Glory, above - Into Thin Air by Jon Krakauer is outstanding. It’s about the 1996 climbing expeditions on Mount Everest that went horribly awry. Krakauer was there at the time, and very skillfully shows us the big picture as well as the small-scale human stories. A good, very readable mix of heroism, folly, endurance, greed, hubris, man vs. nature, and clashing cultures. Highly recommended.

The only reason I said mostly prior to the 1960s is that, the earlier you go, the more interesting it is to see how these disasters could have been prevented by today’s safety regs. For example, in the 1944 circus fire in Hartford, the big top had been waterproofed with a mixture of paraffin and gasoline.

Likewise, The Hindenburg by Patrick O’Brien details how the outside of the airship was coated in cellulose nitrate (gunpowder.)

Of course, when I read the title, I immediately grabbed my copy of The Circus Fire, but then you dashed those hopes.

Try The Great Influenza: The Epic Story of the Deadliest Plague In History, about the 1918 outbreak. It is very eye-opening.

For a more recent disaster, try The Smartest Guys in the Room: The Amazing Rise and Scandalous Fall of Enron. Hey, one guy does blow his brains out, so it’s got that going for it.

There are some good Great Lakes Shipwreck tales, including pretty much the classic on the Edmund Fitzgerald, written by Fredrick Stonehouse. They’re small press books, so may be hard to find in bookstores, but libraries might have them. I used to do wreck diving in Lake Superior and Stonehouse was our guru.

When I was in college I found a remote desk at the library to study at. It was rarely used, and right by the NTSB accident reports. When I needed a break I read those – airplane crashes, train disasters, all kinds of horrible stuff. It was good reading.

Oh, one that’s more recent but it was amazing. It was physically painful to read at times. I would really recommend this book.

102 Minutes : The Untold Story of the Fight to Survive Inside the Twin Towers

Another vote for polar expeditions.

Ernest Shackleton’s adventures chronicled in several books is a great adventure, tale of woe, and a shipwreck story like you asked for.

And for a probably the best shipwreck story I have ever read:
In the Heart of the Sea: The Tragedy of the Whale ship Essex
This has almost everything: Whale hunting, disaster, cannibalism, desperation, and death.

I would say both of these are must reads. I have the same morbid streak.

Oh yea, I would second Issac’s Storm as welll

Of course, when I read the title, I immediately grabbed my copy of The Circus Fire, but then you dashed those hopes.

Try The Great Influenza: The Epic Story of the Deadliest Plague In History, about the 1918 outbreak. It is very eye-opening.

BLAST! Beat me to it!

And speaking of blasts, the Texas City Explosion…

How far back do you want to go? When 80% of London burned to the ground?

Damn! How did I miss that? I gave that book to my mother for Christmas, then borrowed it from her as soon as I could to read it.

Another one: there are sebvera histories of the Great Irish Potato Famine (which, until recently, seemed to strike people as funny. Just like the Molasses Flood, but which, like the Flood, certainly wasn’t). This is the one I read The Great Hunger by Woodham-Smith: 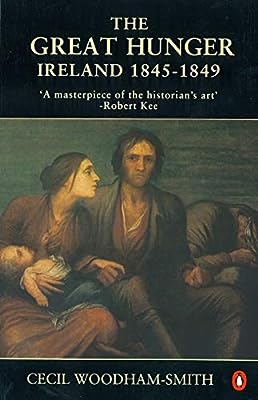 It’s an older book, so you might want to find it used, but I recommend

The Great International Disaster Book by James Cornell. It’s a pretty good reference book that has longer descriptions of some disasters, thumbnails, and dates and some information for lots of others. It might be a good addition to your bookshelf, especially since it has both natural and manmade disasters.

My favorites are usually shipwrecks and fires,

A classic for this is Karl Baarslag’s 1931 SOS to the Rescue which later was retitled Famous Sea Rescues. One of the chapters is “Fire at Sea”.

Another was **The Day the World Ended, ** about one of the world’s greatest natural disasters, the 1902 eruption of Mount Pelee on the island of Martinique, in the Caribbean. It goes into great detail about how mismanagement by French authorities led people to stay in the city of St. Pierre until it was too late to leave, in spite of many warning signs from the volcano itself.

On May 8, 1902, a ball of fire erupted from the side of the mountain and rolled down it’s slope. Directly in the path of the fireball, the entire city was instantly engulfed in flame, and nearly 30,000 people died in an instant. Yet a lot of people have never heard of this tragedy.

firestorm at peshtigo by gess and lutz

sudden sea by r a scotti

the winecoff fire by heys and goodwin

a weekend in september by weems (another view of galveston)

white hurricane by brown (storm on the great lakes)

storm of the century by drye

i also endorse to sleep with the angels. chilling, very, very, chilling. there is a web site now. www.olafire.com

The San Francisco Earthquake by Thomas Morgan Witts
Dam Break in Georgia by K. Neill Foster
Everything In Its Path-Destruction of Community in the Buffalo Creek Flood by Kai T. Erikson
Hurricane! by Joe McCarthy (about the 1938 hurricane)
Sudden Sea-The Great Hurricane of 1938 by R. A. Scotti
After the Ice-20000-5000 B.C. by Steven Mithen
The Custom of the Sea-Wreck, Murder & the Last Taboo (cannibalism) by Hansen,
The Perfect Storm by Sebastian Junger
Fatal Storm-Story of the Tragic Sydney-Hobart (Yacht) Race by Mundle, Rob
Noah’s Flood-The New Scientific Discoveries About the Event That Changed the Course of Civilization by William Ryan

Oops! Everybody listen. The TAB key posts your reply whether you are ready or not.

Correction on the Noah’s Flood subtitle: last part should read “Changed History” vs. “Chaanged the Course of Civilization”.

Two more, one related to the Rayn title: Before the Flood-The Biblical Flood as a Real Event and How It Changed the Course of Civilization.

Fire! In the Boston Coconut Grove by Paul Benzaquin. (Originally named “Holocaust” but changed by request in defference to survivors of the Nazi Holocaust). This is the gripping story of the November 1942 Boston nightclub fire that killed 492 persons. Out of print, as are several of the early ones in the previous list. Just on my “disaster” shelf.

Lots of good suggestions above, especially Krakauer’s stuff. I’d add Peter Maas’ The Terrible Hours, about the rescue of the crew of the sunken submarine USS Squalus.

The Perfect Storm is a much better, more informative book than the movie would suggest - it’s worth a read just for Junger’s clinical description of the physiology of drowning.